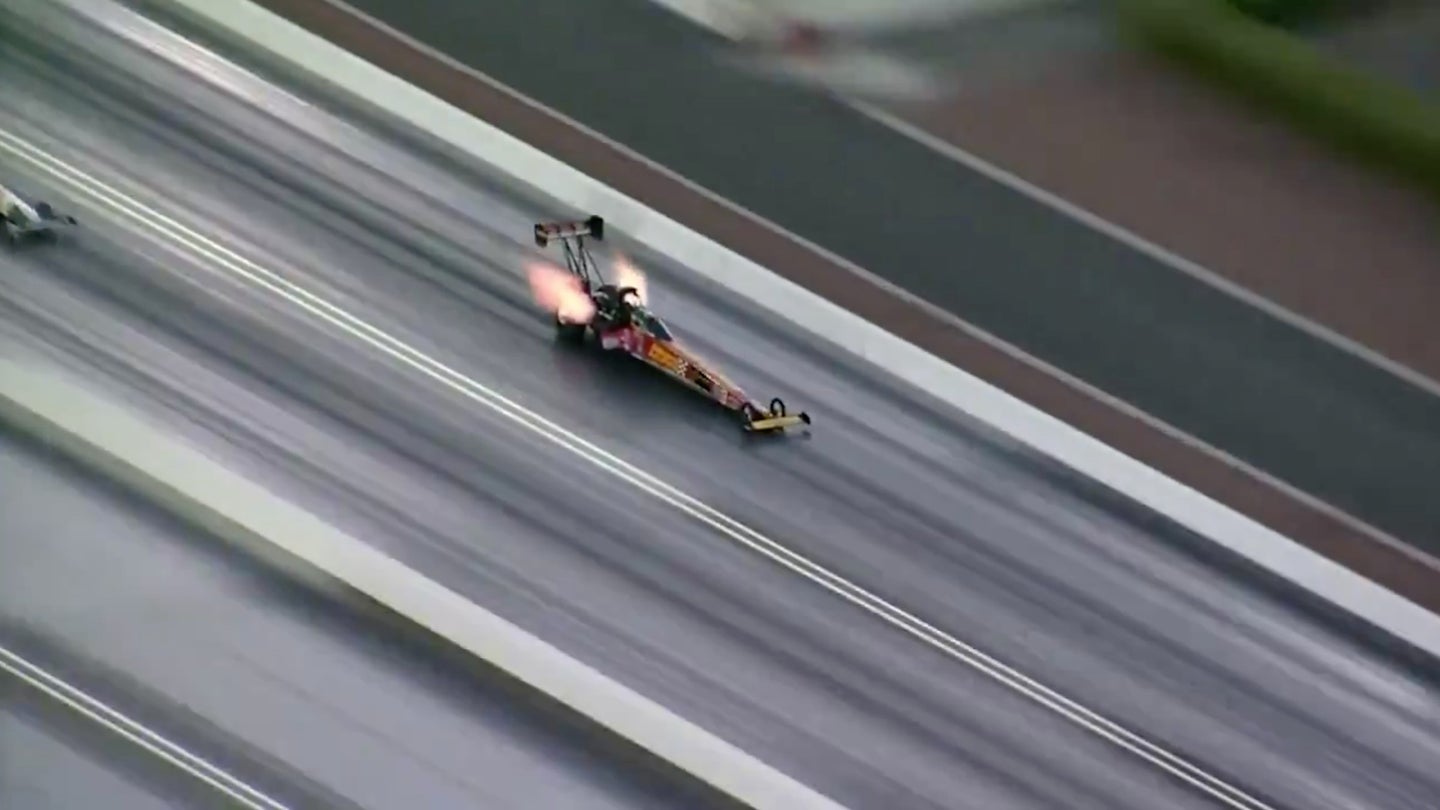 Force already made her 2019 season one for the scrapbook by becoming the first woman in history to qualify at the top of the NHRA U.S. Nationals standings in Indiana, and she'll need to add an extra page for her accomplishments at this weekend's Dodge NHRA Nationals in Las Vegas. There, she completed a standard, 1,000-foot NHRA Top Fuel run in a mere 3.659 seconds at 338.17 miles per hour.

Her run bests a 336.57-mph record set in August of 2017 by Tony Schumacher in Chandler, Arizona, though it doesn't quite beat the Top Fuel class' record for the quickest pass. Clay Millican set that standard in February of 2018 with a 3.628-second pass, some 0.041 seconds quicker than Force's run above. A twenty-fifth of a second may be a lot in the world of Top Fuel, but Force probably feels like Millican's record is within her reach after crushing a record held by NHRA Top Fuel's winningest driver.

Unfortunately, Force's form didn't continue for the entire weekend. She blew away her first- and second-round Top Fuel competitors Cameron Ferre and Antron Brown by nearly three-tenths of a second apiece, but her second-slowest run of the event came in the third, semifinal round against Billy Torrence, who pipped her by less than half a tenth. Torrence went on to win overall against Jordan Vandergriff, who fell off in the final round, finishing more than half a second behind.

There is no god but rotary.

Get Through Wednesday by Watching the V-10 Lexus LFA Revving to 9,000 RPM

We all need a break. Why not take it listening to the apocalyptic LFA V-10?