Two-time NHRA champion Larry Dixon's Top Fuel car for two got him a ban, which his lawsuit says is depriving him of his livelihood. 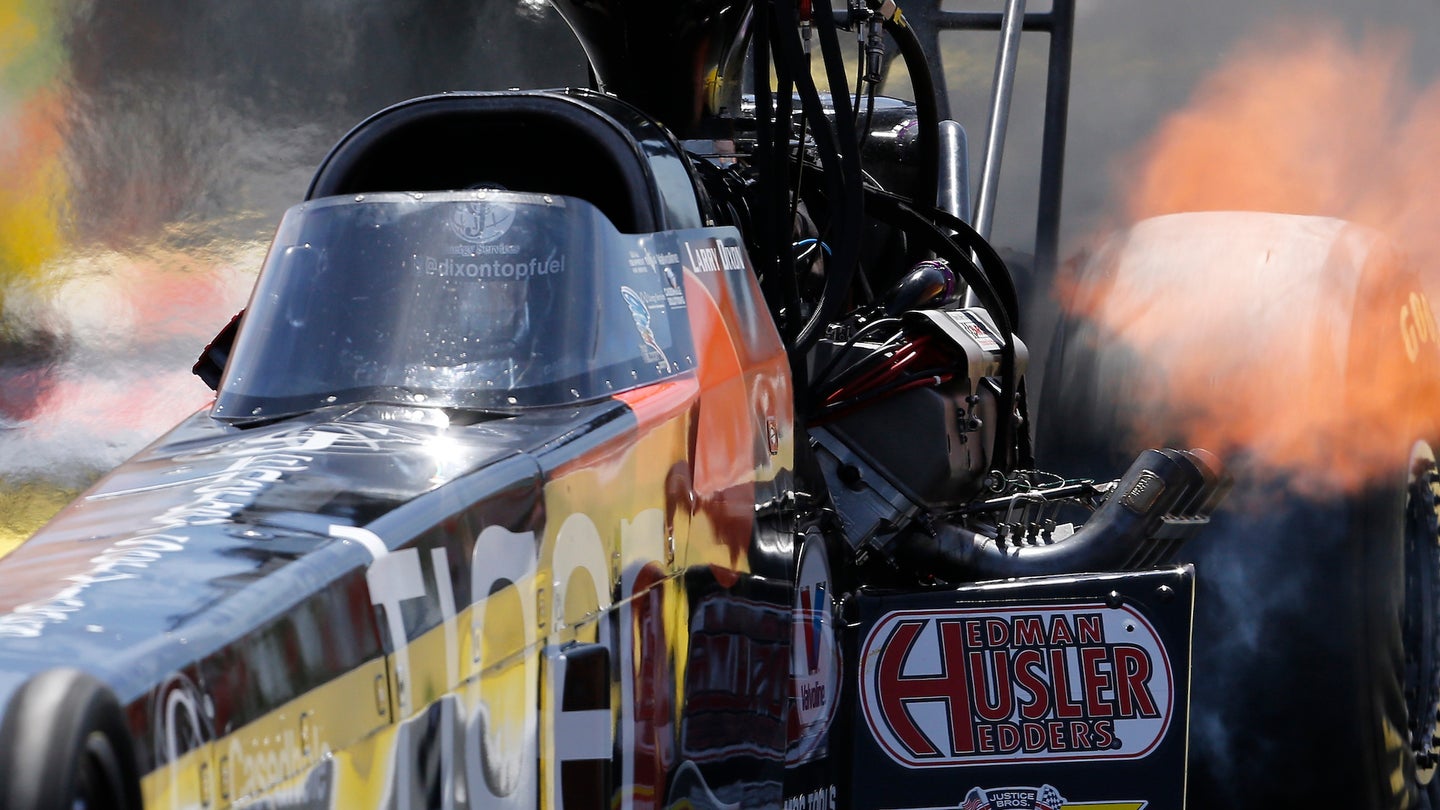 ​​National Hot Rod Association Top Fuel champion Larry Dixon is suing the NHRA over a lifetime ban from the sport that he says was motivated by a desire to monopolize the business of selling "experience" rides in two-seater Top Fuel dragsters.

Multi-seat versions of traditional one-seater race cars such as open wheelers have become popular in recent years, with racing series such as Formula 1 offering rides in modified cars to give fans a taste of what these mythical motorsport machines are like at full tilt. Then-drag racer Dixon thought that a two-seater Top Fuel car—the pinnacle of drag racing—was the perfect opportunity to bring the business to his discipline of motorsport, and told Autoweek that he pitched the idea to NHRA officials in 2016, to positive reception.

With what he took as the NHRA's approval, and significant interest from the public, Dixon collaborated with a Philadelphia-based businessman by the name of Nick Salamone to build a demonstration vehicle based on the chassis of a Top Fuel car. This specific chassis had reportedly raced in NHRA Top Fuel and still carried its official safety inspection stickers. Dixon and Salamone's joint venture Championship Adventures displayed the two-seater Top Fuel concept at SEMA in 2017, but rather than escalating public interest in the car, this is where things started to head downhill for Dixon.

Dixon's lawsuit alleges that an NHRA official "strategically visited Championship Adventures' booth at a time when Mr. Dixon was not there, intending to conduct an unauthorized 'inspection' of the prototype of the two-seater car." This representative spotted the homologation stickers, now expired, which Dixon said he thought unnecessary to remove, cover, or modify, having not built the car to compete in the NHRA.

But this reportedly didn't matter to the NHRA representative, that is said to have "demanded that the sticker be covered up." An employee overseeing the booth reportedly complied and covered the sticker, but Dixon says the NHRA official removed and stole the sticker.

Days later, Dixon found a "statement of action against participant" in his mailbox, which accused him of breaking NHRA rules and implying official endorsement of the vehicle. The judgment handed down against Dixon? An indefinite suspension (or lifetime ban) from participating in the NHRA as a team owner, driver, or crew member. It also means Dixon can't use the car or any similar vehicle at any of the 130 NHRA-sanctioned drag strips across the country.

According to Dixon, he has on numerous occasions asked the NHRA "to produce the documentation that said I was told on numerous occasions to not build the car, and I still haven't seen anything, whether by text, email, or phone correspondence." Dixon says he didn't want to resort to legal action, but that it came to the point where he has no other choice.

"I really wish it hadn't got to this point. I'm disappointed it had to get to this point," Dixon said in his interview with Autoweek. "I had been hoping things could get sorted out without having to go this route."

The suit's three plaintiffs, which include Championship Adventures, Larry Dixon, and Larry Dixon Racing, accuse the NHRA of "an obvious effort to use NHRA's unfettered control over professional drag racing to control the market in which two-seater exhibition cars compete for business." It also claims that Dixon "has now been entirely deprived of his livelihood and sole source of income by this unjustifiable suspension—which is, in effect, a lifetime ban from NHRA—unless he relinquishes an investment of hundreds of thousands of dollars, as well as the future profits that he could derive from that investment."