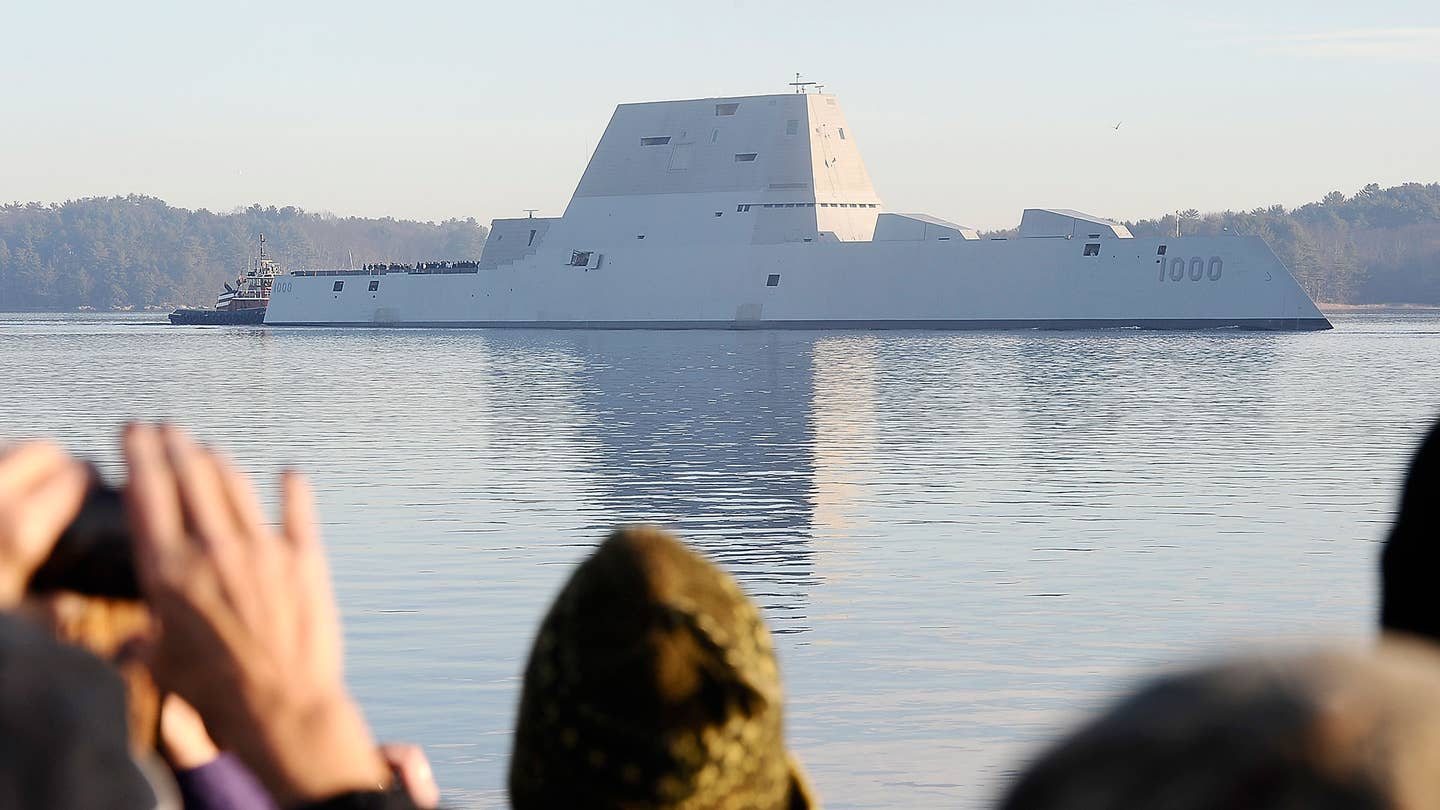 It is 600 feet long, weighs 15,000 tons and its captain is named James Kirk. You read that right. The USS Zumwalt is the largest destroyer ever built, and, with its inverse bow and radar-deflecting angles, the stealthiest. The Zumwalt weighed anchor this morning and steamed from Bath Iron Works, in Bath, Maine, down the Kennebeck River and out to sea, where it will conduct its first sea trials.

First announced in 2001, the Zumwalt-class destroyers are a $4.4 billion test crucible for a slew of new naval doodads, including all-electric propulsion, new radar and sonar systems, powerful missiles and guns. Advanced AI and automation will allow the warship to operate with a much smaller crew size than current destroyers.

The propulsion system is the first on a Navy “surface combatant” to be electric. The Zumwalt combines that novel drive with an “integrated power system” consisting of two Rolls-Royce gas turbine generators, another two auxiliary generators, and two 34.6-megawatt induction motors.

The electric drive eliminates the need for a drive shaft and reduction gears, and reduces the acoustic signature, which makes life on board a little more pleasant for the crew. Should the Navy deem this system a success, it could be a revolutionary step forward in all future Naval propulsion designs.

Like most new defense programs, this one has its controversies. The “tumblehome” hull, which echoes the pre-dreadnought battleships from a century ago, is thought by some to compromise the ship’s seaworthiness. No better way to test that than two month wintering in the roiling North Atlantic.