Force hangs up her helmet as the winningest female driver in NHRA history. 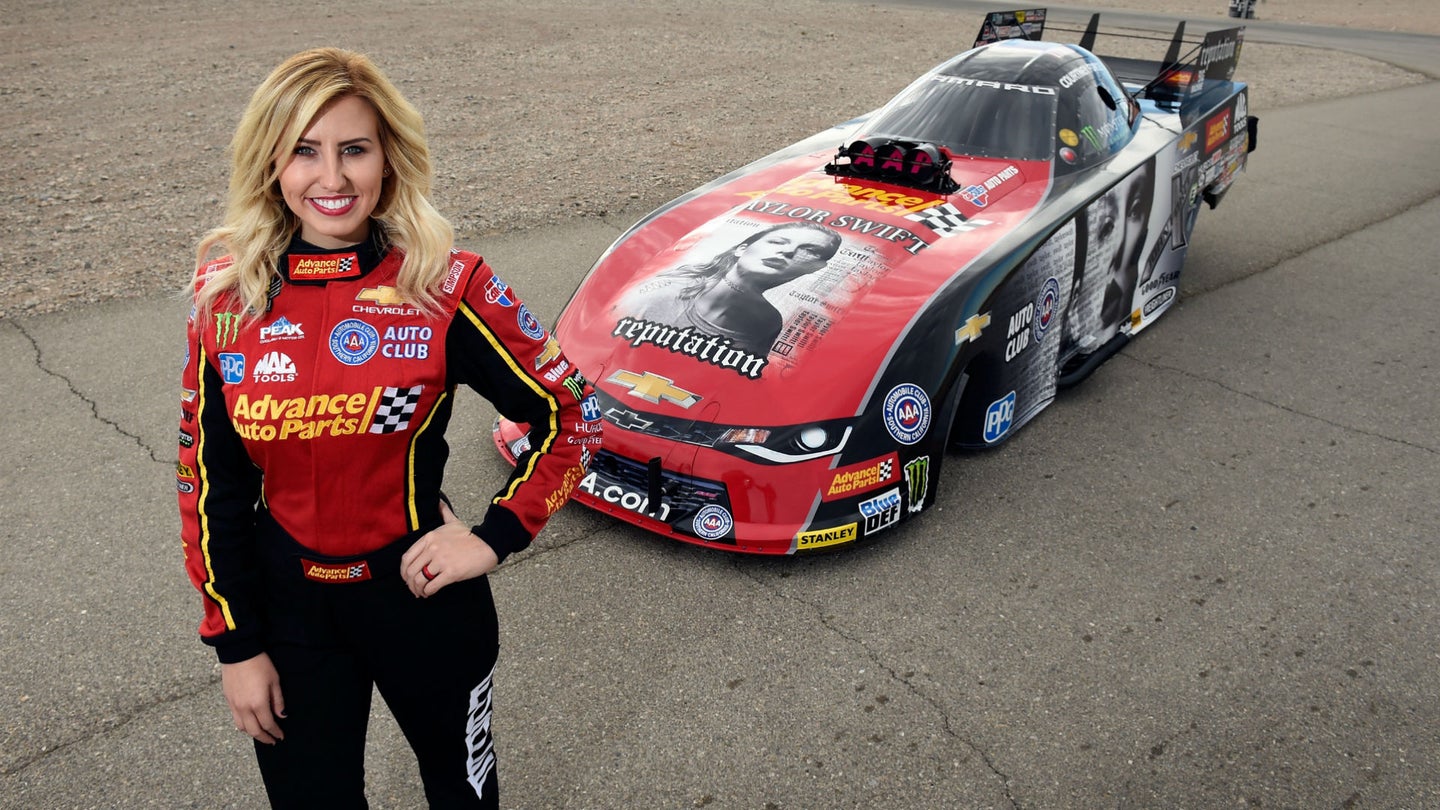 Drag racer Courtney Force, the winningest female in NHRA Funny Car history, is stepping away from driving. The 30-year-old made the announcement Thursday but didn’t refer to the decision as a retirement.

“This was a personal choice as I feel I’m ready to see what the next chapter in my life has in store for me while spending more time with family,” Force said in a press release.

Force has 12 wins in 167 attempts across seven seasons. She won four times in 2018 and finished the year in sixth position. She advanced to 28 final rounds in her career and has a career-best speed of 338.68 miles per hour.

Force comes from a drag racing family. She is the daughter of 16-time Funny Car champion John Force, who was her car owner. She was successful against her father, beating him 13 out of the 16 times they went head-to-head. Her sisters Ashley Force Hood and Brittany are also experienced drag racers. Force is married to IndyCar racer Graham Rahal.

“I first have to thank my dad for encouraging me to live out my dream of being a Funny Car driver while getting to compete against him and learn from the best,” Force said. “I want to thank my family and my husband, Graham, for their support through the highs and lows and to my team for their undeniable will to win and for always keeping me motivated, confident and safe in my race car.”

“I’m really excited to start this season teaming up with Advance Auto Parts,” 2017 Top Fuel champion Brittany Force said in a press release. “They’ve been such a great partner to John Force Racing the past two years. They exceeded expectations when working with Courtney, building her as their brand ambassador, and I can’t wait to see what we can accomplish together. I’m looking forward to getting them their first win in a dragster and ultimately going after a championship. Off track, I look forward to creating new relationships and being involved with everything this great company has to offer.”

While Courtney Force has no plans to compete again, she will stay involved with the sport in the future.

“I intend to remain involved in the industry I love and continue to work with a few select partners as I go forward in 2019,” Force said. "I am so thankful that I have had the opportunity to have such a successful career at John Force Racing and the privilege of working with so many incredible people while racing against competitors who pushed me to be a better driver.”

Track/Side: Behind the Scenes of the 2018 NHRA Fall Nationals

These 30 photos show the surprising artistry behind one of the most brutal motorsports on asphalt.