Force is the first female Top Fuel champ since 1982. 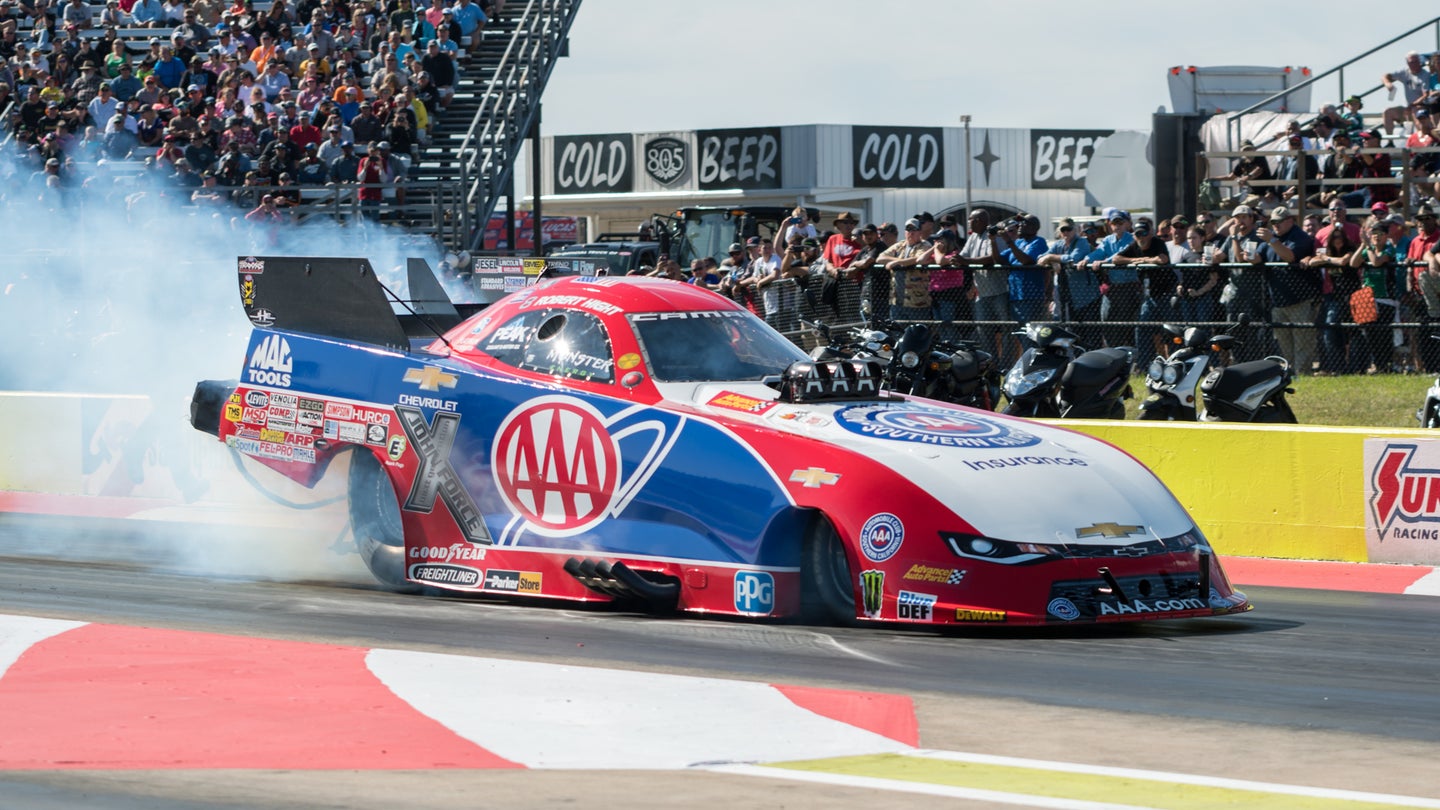 Hight trumped the Funny Car category after a continuous battle up top with drag racing veteran Robert Capps in 2017. This marks his second career championship in the category which he secured after the first elimination round at Sunday's event. An eventual 3.839-second pass at 332.51 mph in his Auto Club of Southern California Chevrolet Camaro SS Funny Car awarded Hight the victory over Tim Wilkerson who struggled off the line in the final round.

“Everybody worked their tail off and was quiet and knew they had a job to do,” Hight said. “This is just huge for John Force Racing. For a couple of years, we have struggled but it is such a great group. We signed a long-term deal with Auto Club and they deserve better than what we were giving them. Jimmy Prock, Chris Cunningham (co-crew chief) they got us back in the game. It’s been a long time and you want it so bad.”

In Funny Car, Brittany Force claimed a monumental championship win that no other woman has achieved in 35 years. She is the daughter of John Force, 16-time NHRA Mello Yello Drag Racing Series Top Fuel champion, who was there to watch as she beat out Steve Torrence for the total victory. Entering the event in second place, Force was assured the title after Torrence fell to 2016 world champion Antron Brown’s 3.691 pass at 323.81 mph.

“I can’t believe we are here, it seems like a dream,” Force said. “The reason we are here is because of that Monster team and all the support I have and all the sponsors. Everyone at JFR and that is the reason we are here. We struggled, we had our ups and downs, but we pulled it together when it mattered most. I give all of it up to my crew chiefs, Alan Johnson and Brian Husen, they are the ones that made this possible."

Results for all classes are as follows:

Plus a few of our best photos of Top Fuel, Funny Car and Pro Stock.