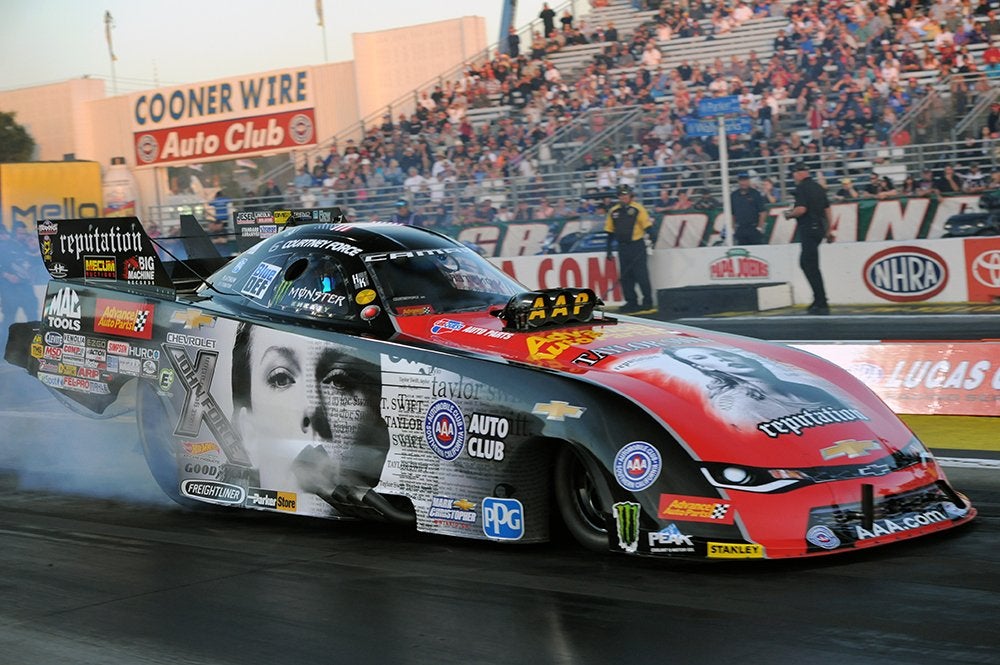 Courtney Force raced her way to the semifinals of the Auto Club NHRA Nationals on Sunday in Pomona, California. However, it was her Advance Auto Parts Chevrolet Camaro SS Funny Car that caught lots of extra attention.

It was all part of a promotion with John Force Racing and the singer's label, Big Machine Records to design a Taylor Swift album-cover-themed funny car for the newly released Reputation.

“My team and I are always playing her songs to get in the zone and prepare to battle it out against the boys on race day. I hope to finish out our season on a high note while promoting Taylor’s album release at over 330 mph and hopefully celebrating in the winner’s circle with my team on Sunday,” Force said in a recent news release leading up to the race.

Force fell just short of a finals appearance losing to teammate Robert Hight in the third elimination round. Hight went on to capture the 2017 Funny Car championship.

“It was a great weekend, very exciting." Force said. “I was honored to drive it, and help her [Swift] promote her new album."

It was a big day for the Force family. Courtney's sister Brittany became the first woman in 35 years to win the Top Fuel championship.