Plus a few of our best photos of Top Fuel, Funny Car and Pro Stock. 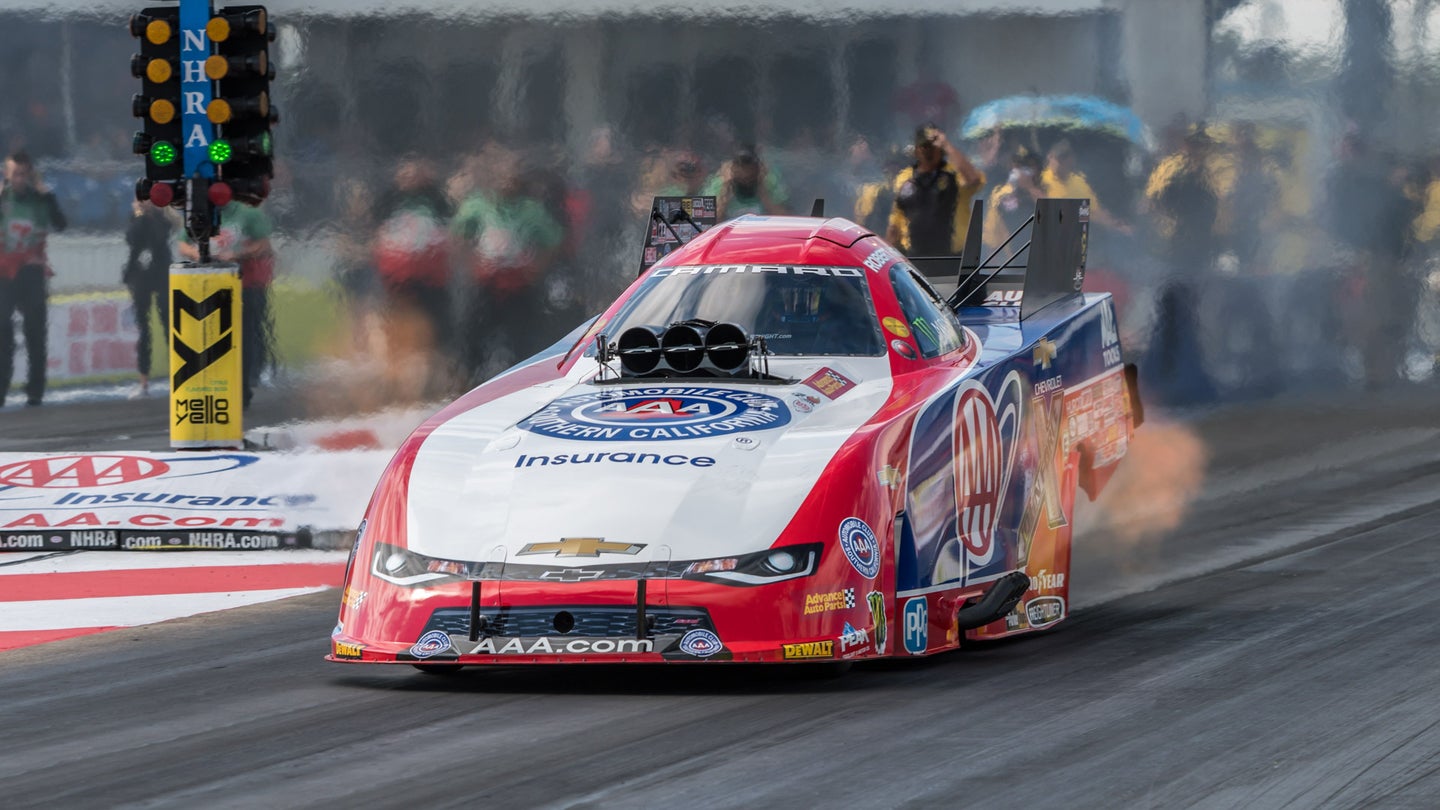 Sunday's NHRA Fall Nationals at Texas Motorplex brought about plenty of drama and theatrics with crashes and tight contests aplenty. Title shakeups, close calls, and more heated up the Dallas event with names like Brittany Force, Robert Hight, and Jason Line topping their classes with just two events left on the 2017 calendar.

The Top Fuel category drew attention as Brittany Force, who sits in second place for the class championship, challenged Shawn Langdon for the overall win. A final run between the two resulted in Force taking first place by just .012 seconds—3.681 at 326.87 miles per hour—on Langdon's .011 holeshot. This nudged the Monster Energy pilot within three rounds of class leader Steve Torrence who suffered a major crash during quarterfinals before rebuilding his car in just an hour to continue racing.

“It’s been quite a day. A lot needed to happen and it seemed to work in our favor,” said Force. “Really, it was about us going rounds. We had Doug Kalitta and Steve Torrence, the two people in front of us in the standings. Everyone has been struggling trying to take them down. They’ve been killing it. When we pulled up there I felt confident in us that we were going to turn those win lights on. That’s what we needed to do, we were able to do it and then we were able to take down Langdon and won the thing. This is a huge win. It’s a Countdown race. And we’re still climbing that ladder.”

Last season's champion, Robert Hight, brought home the green hat in NHRA's Funny Car category, beating out title-leading contender, Robert Capps, for the third race in a row. Hight is now only 24 points off the lead after his fastest 3.871-second run catapulted him even closer to the class' top spot.

“I wasn’t expecting that run,” said Hight. “I was expecting a 3.92, something around there, to be a solid top-half car. And you know, you start thinking we’re going to be down in the ladder, sixth, seventh, eighth with a 92. And that’s uncharted territory for us. You know, [crew chief] Jimmy Prock just has a handle on this car.”

Jason Line held up his end in Pro Stock, extending the three horse race with Bo Butner and Greg Anderson that we've seen all season. He was awarded first place at this year's Fall Nationals as he topped the field for the 27th time in his career. His 6.548-second pass was enough to earn him his second victory of the season in Texas.

“The truth is with the playoff format, now is what matters,” Line said. “We are picking up at the right time. I’m hopefully giving Greg Anderson, Bo Butner and everybody else something to think about for the next couple of weeks. No question it’s not over. For me, it was do or die. If we didn’t win here this weekend the chances of winning the championship were going to be slim to none. Really had to kind of win. And I was lucky enough to win. Really a nice feeling.”