The 1,914-hp Rimac C_Two is the most powerful electric car to date. With that comes some challenges.

All electric devices emit a certain level of electromagnetic radiation, and if they're not shielded effectively, the functionality of these can also be affected by strong electromagnetic fields generated by nearby sources. Both nuclear and non-nuclear weaponry is based around the principle that a sufficiently large electromagnetic pulse can wipe out every system in its effective radius, hitting the enemy with a complete electrical blackout. However, if even your mobile phone produces a sizable electromagnetic field, how about ultra-high performance electric cars packing thousands of cells, multiple motors, inverters and high-voltage converters?

As Borna Radman, Rimac's vehicle electrical multiplex technician explains, homologating the 1,914-horsepower C_Two in terms of its electromagnetic output is a challenge. Not only is there a ton of measuring and logging how each of the car's complex electric systems react to being hit with electromagnetic waves at frequencies ranging from 20 Megahertz to 30 Gigahertz, they also have to be tested in every drive mode and with every function engaged at once. After all, who can tell what levels of electromagnetic radiation it'll need to endure on the road?

Ran at various speeds inside a room completely shielded from outside radiation, the C_Two's plethora of systems have to work flawlessly. This includes four independent permanent-magnet electric motors, two-speed gearboxes, seven liquid cooling systems, 7,000 lithium-manganese-nickel battery cells, active suspension, aero, infotainment and safety equipment featuring ultrasonic and Lidar sensors. All the while, the team also has to ensure it's not going to affect other devices. A quick power discharge or voltage switch can't be allowed to compromise traffic lights, even if we could live with a few broken speed cameras here and there.

As the world progresses towards widespread electric transportation, EMC testing and regulating electromagnetic radiation will become more and more important. At 4,300 pounds, the 2021 Rimac C_Two is a two-seater rolling around at a maximum voltage of 720V, packing eight cameras and a rear axle that alone is a 1,340-horsepower affair. With its 120-kWh quick-charge battery pack, you can bet it emits a decent level of electromagnetic radiation.

Got a tip about how Lotus does this with Evija, or something else? Send us a note: tips@thedrive.com 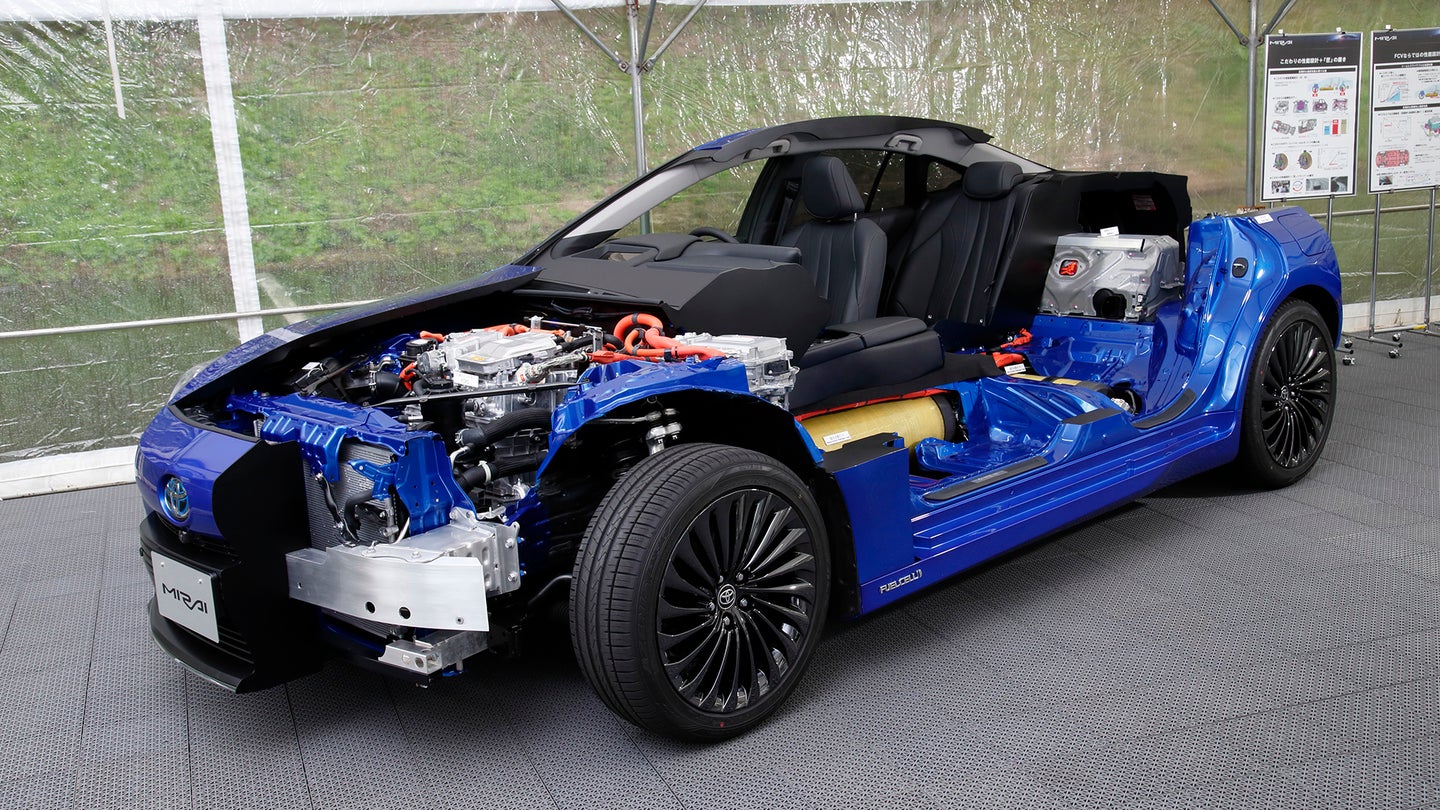 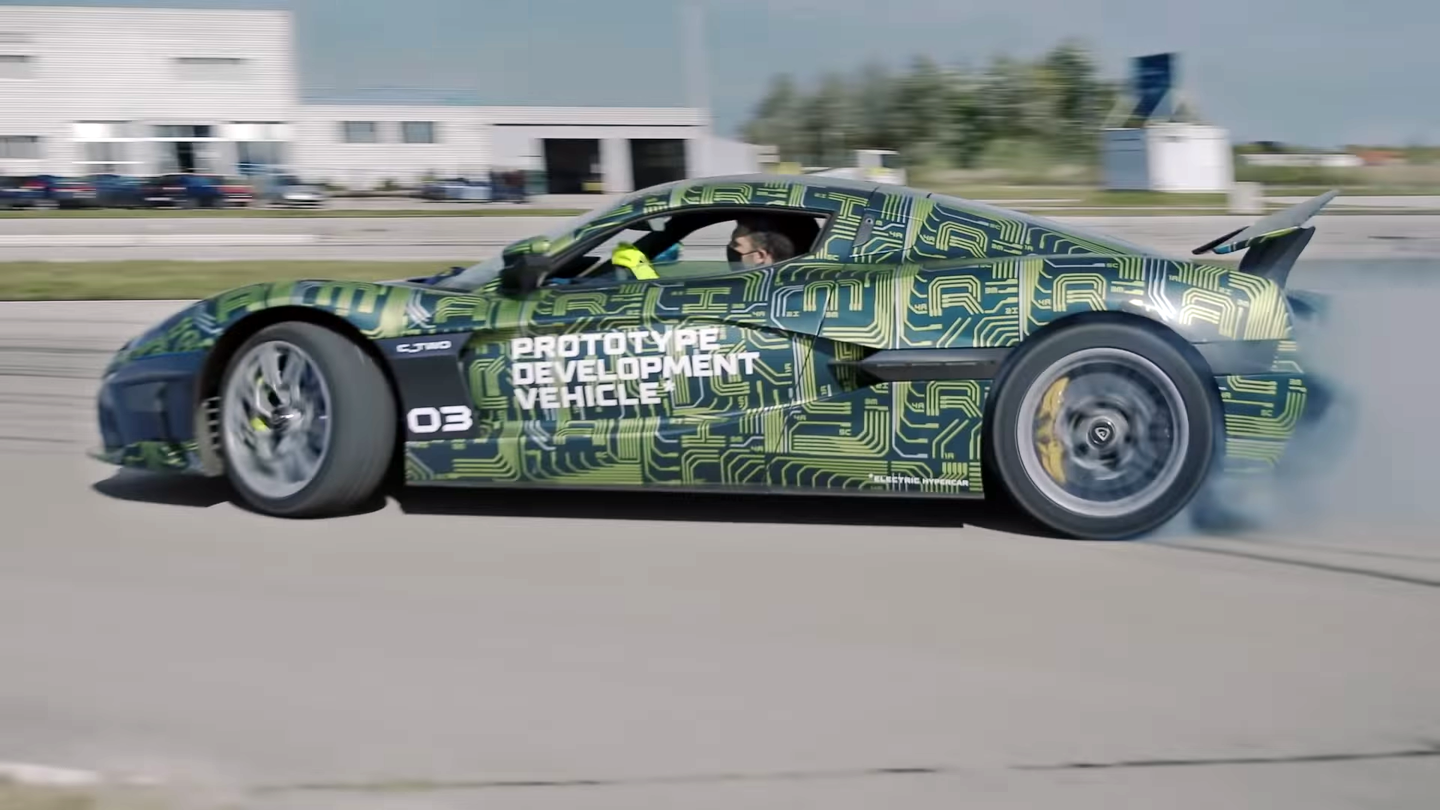 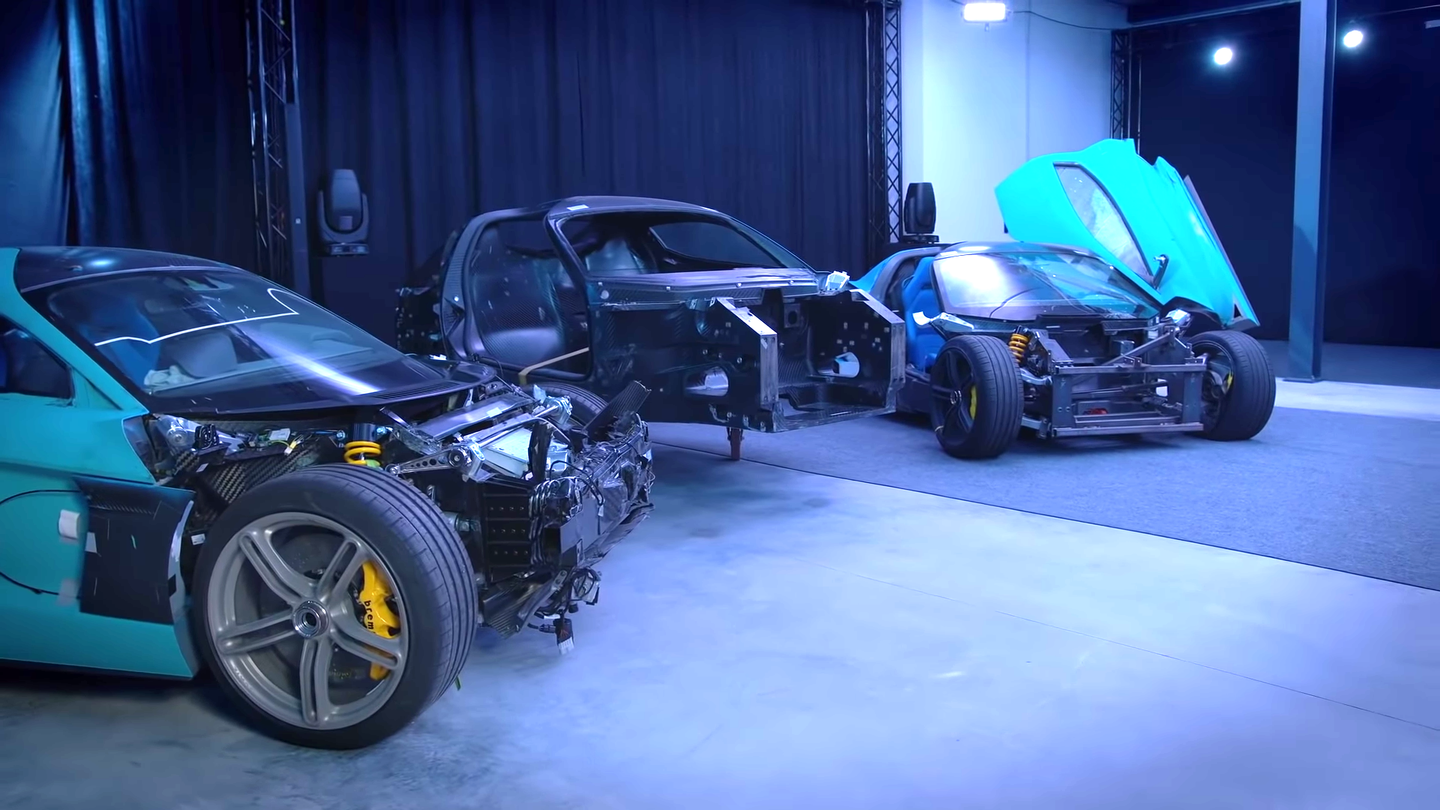 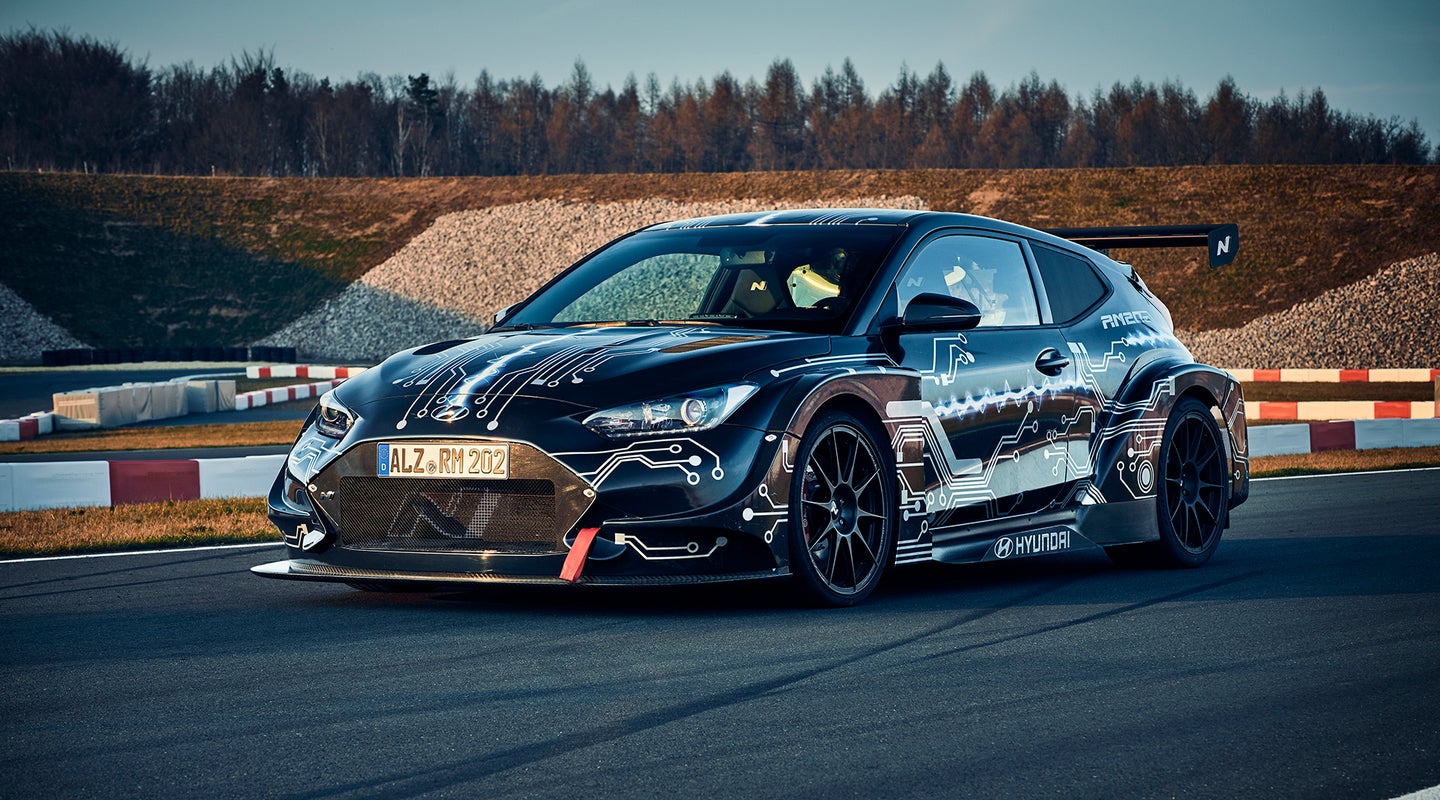 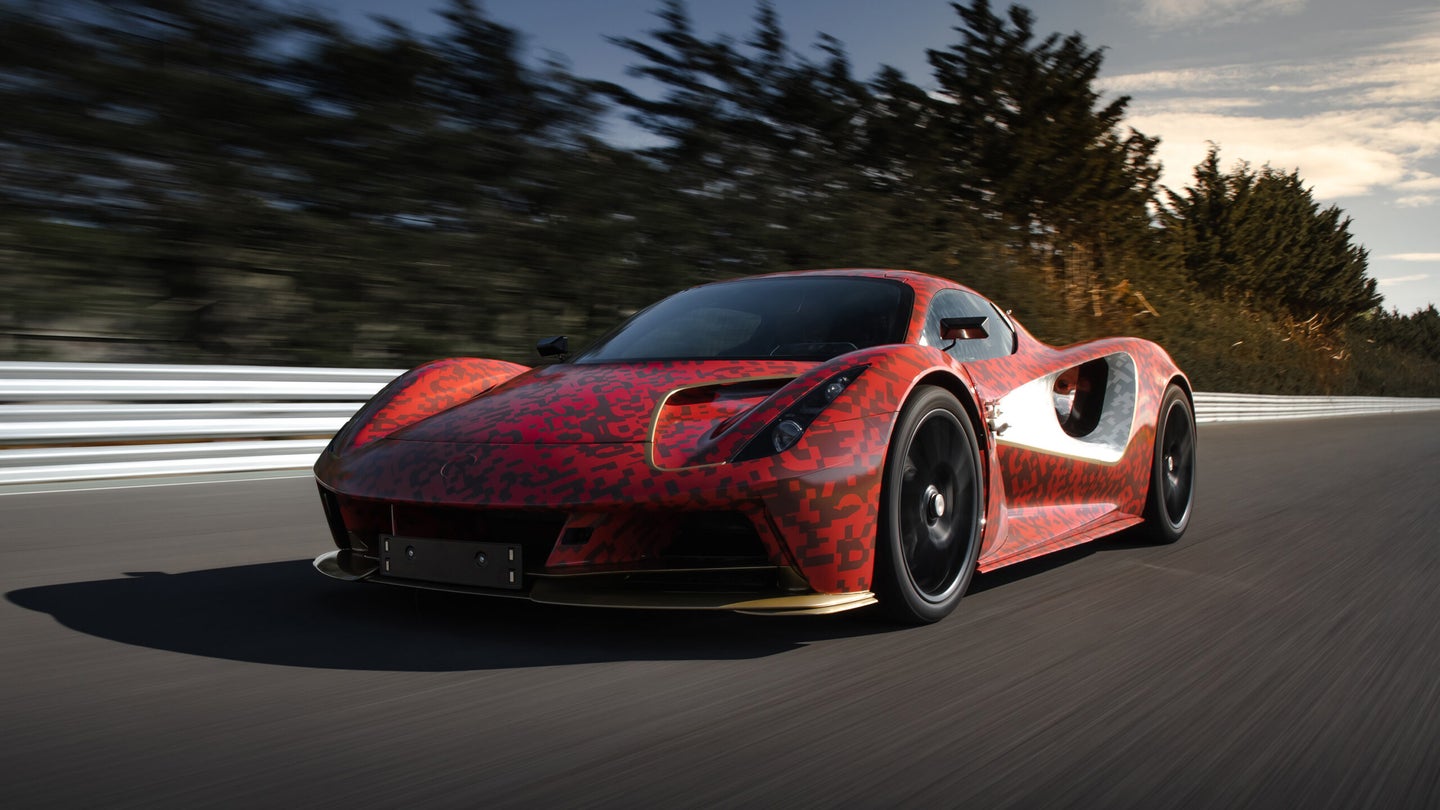