It appears the three-year-old didn't suffer any injuries, but the footage is still difficult to watch. 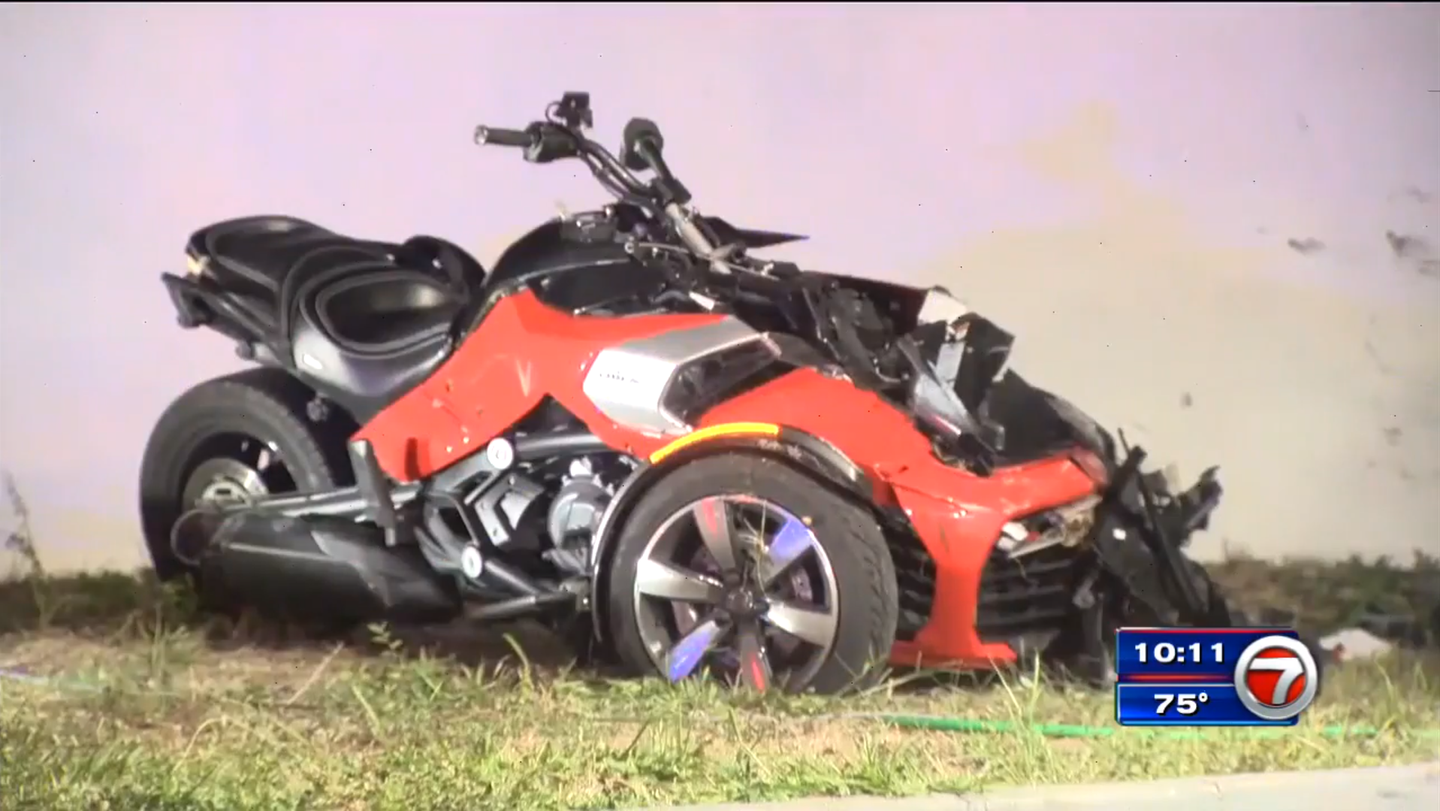 A Florida man’s Can-Am Spyder was hijacked by his three-year-old daughter who proceeded to speed across an intersection and slam into a wall at a high rate of speed. Luckily, the little girl was flung from the vehicle before the crash and the latest reports claim that she is okay and already walking around. The Spyder, however, not so much.

Not many details have emerged in regards to how the toddler gained control of the vehicle, but it appears that the owner of the Can-Am Spyder simply left the keys in the ignition and the vehicle parked within reach of the toddler. Allegedly, the man's daughter was playing in the garage and suddenly the family heard the engine rev and rushed outside to see what was happening. Next thing they knew, the toddler had commandeered the Spyder and was leaving the premises.

The tweet above shows footage recorded by a Miami gas station surveillance camera, where we can see the Spyder fly through the intersection of Northeast 163rd Street and Sixth Avenue on Wednesday evening. Surprisingly there wasn't any traffic at this moment on what is normally a busy four-lane street at rush hour, which could've been fatal given the circumstances.

According to the video shown, the dad was being dragged behind the vehicle as he tried to gain control but was unsuccessful. It's worth mentioning that the footage makes it look like the father has a prosthetic leg, which makes sense considering the Can-Am Spyder is a popular vehicle with amputees and the handicapped who are physically unable to ride a traditional two-wheel motorcycle. The Can-Am features a semi-automatic transmission with reverse and handlebar controls and the extra stability provided by a third wheel. Apparently, it's so easy to ride that a toddler can do it, which as we see here that' really isn't a good thing.

Let this be a cautionary tale to parents with any fun rides in the garage, including cars. Don't leave your keys in the ignition and make sure you keep the doors or steering columns locked at all times.