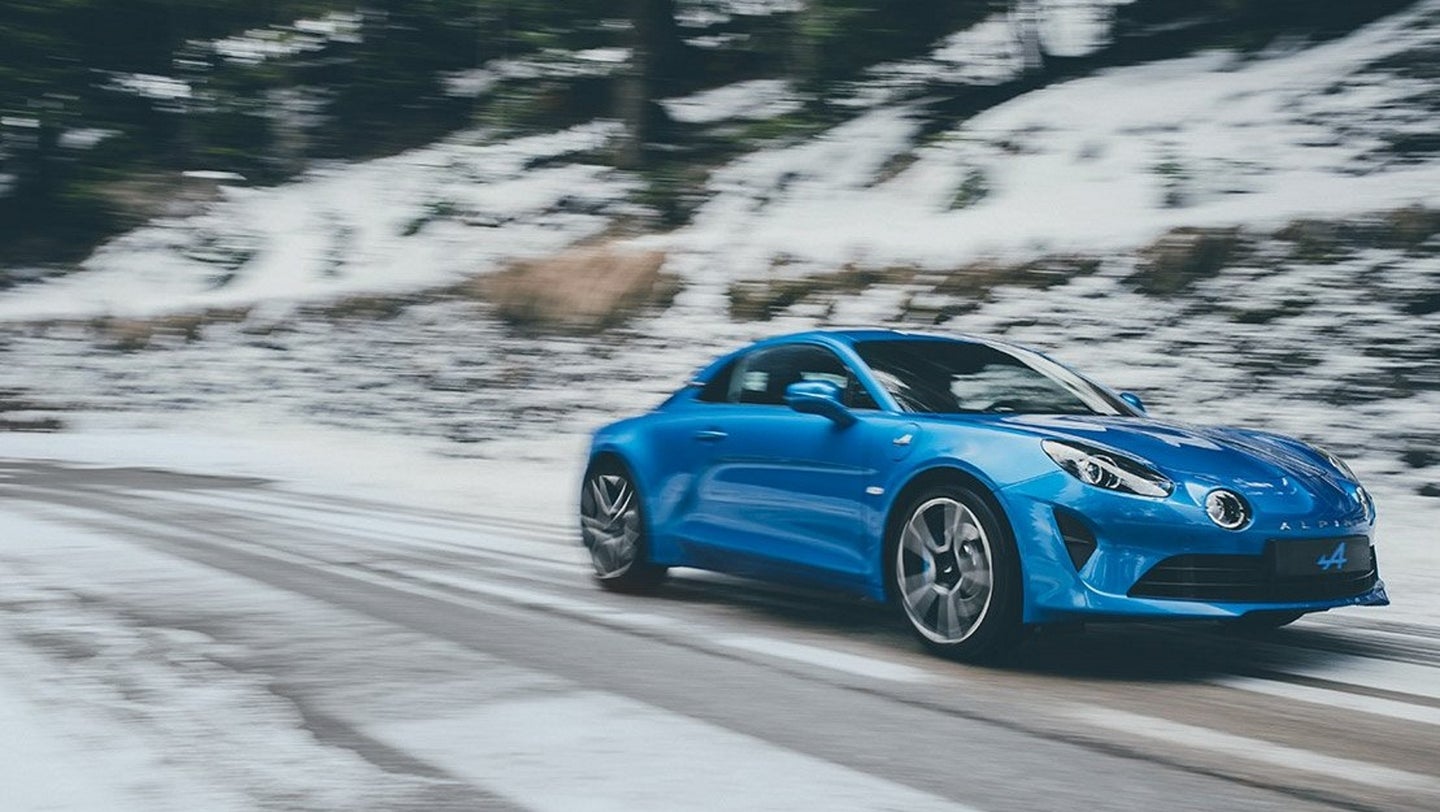 The Alpine A110 is one of the cars we covet the most here in the U.S. where it isn’t available. Now it sounds like Alpine is going to make it even more painful for us by adding a higher-performance model to the lineup along with a lightweight convertible. We first heard this rumor more than a year ago, but now it sounds like 2019 will be the year it actually happens.

French car outlet DownShift reports that an Alpine A110 making 296 horsepower and 295 pound-feet of torque is coming in October of 2019. This much power will likely come from the turbocharged 1.8-liter inline-four that powers the Renault Megane RS Trophy hot hatch which has an identical output as what we’re now expecting from the high-performance Alpine.

In all, this would be a decent jump in performance for the A110. It’s an increase of around 50 hp and 60 pound-feet over the current A110 which relies more on its balance and driving dynamics than on its raw power. Carscoops is predicting the hotter A110 would achieve 0-62 mph in about four seconds.

Other rumors in the DownShift report include an Alpine A110 convertible on the way in 2020 followed by the first-ever Alpine SUV (another old rumor) in 2021. Going another step further, it sounds like Alpine is planning an all-electric version of its new SUV in 2022. The SUV is rumored to be based on the Mercedes-Benz GLA so we can expect something small and sporty, as far as SUVs go. As for electrification, that expertise will come from Daimler AG as well.

If these rumors are true, then Alpine has ambitions to grow into more than just a small boutique brand. Expanding its offerings and cranking out an SUV has worked wonders on other performance brands in the past, and time will tell if it works for Alpine.