The Renault-Nissan-owned French brand revives the A110, and it's beautiful. 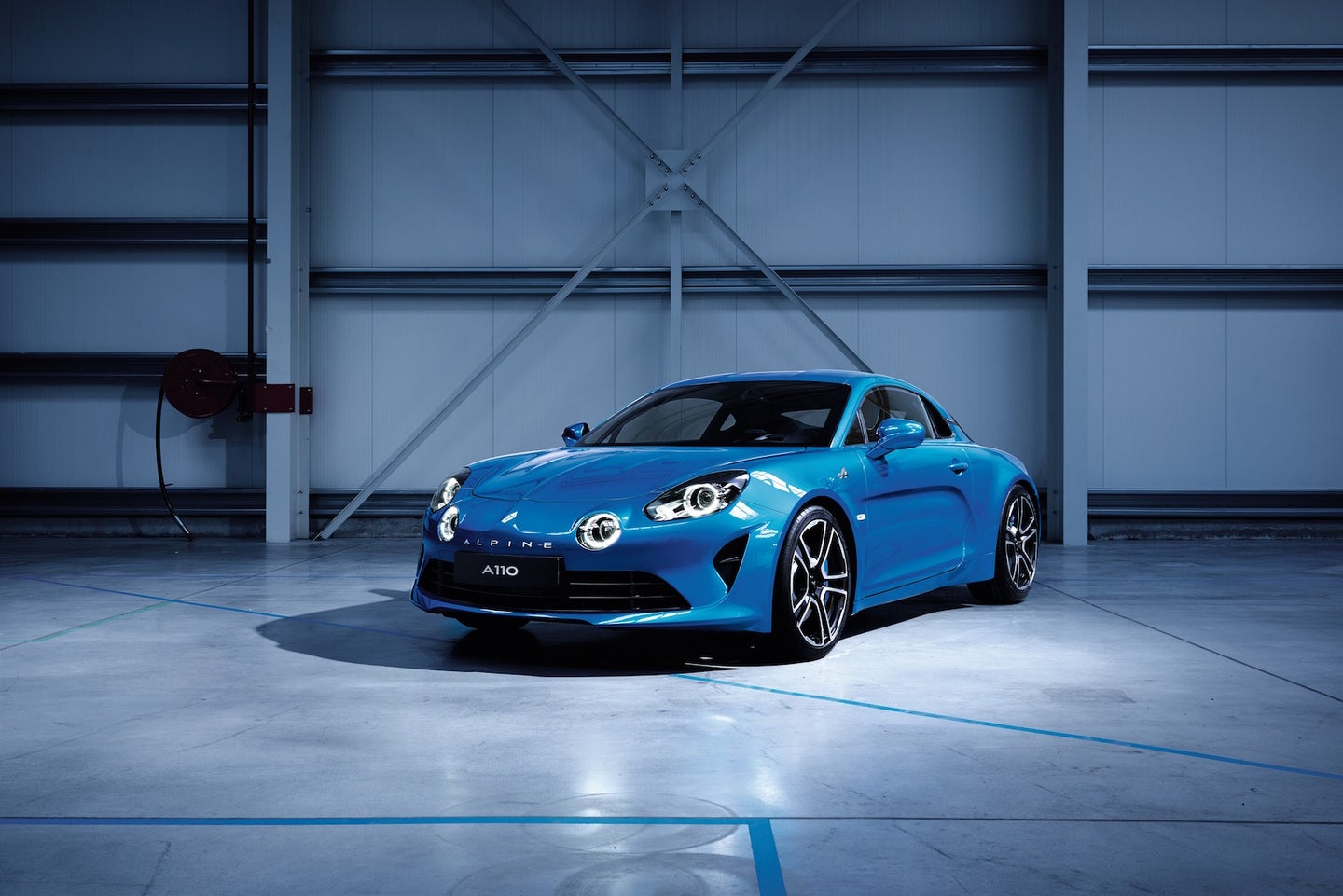 After a long flurry of teasers and tidbits, Alpine has finally revealed official images of its new, mid-engined sports car that's set to debut at the 2017 Geneva Motor Show—and it's a thing of beauty.

Like Lotus, Alfa Romeo, and Porsche, the Alpine A110's focus will be on lightweight performance—the coupe's frame and body panels will be constructed entirely of aluminum. Even the Alpine's seats will be carefully crafted to weigh only 26 pounds each despite featuring quilted leather. And lest the shape of aluminum-clad coupe be spoiled with aggressive angles, a huge rear spoiler, canards and the like, Alpine will employ a flat floor underneath the car—a bit of technology that's usually reserved for F1 racers and supercars—with a rear diffuser that will render the aforementioned aero bits unnecessary.

Though Alpine hasn't released any numbers regarding the A110's powertrain, the French automaker has confirmed that a four-cylinder turbocharged unit will motivate the A110 and the 0-60 sprint will happen in 4.5 seconds. According to rumors, however, power should be around the 250 horsepower mark, which puts it within spitting distance of the Alfa Romeo 4C. Even its price—between $58,000 to $69,000—puts it directly against the mini Ferrari and the Porsche 718.

Whether the U.S. market will get the Alpine A110 is up in the air, but if it does, familiarize yourself with the brand before it arrives stateside here.