But that doesn’t mean it’s a free upgrade. 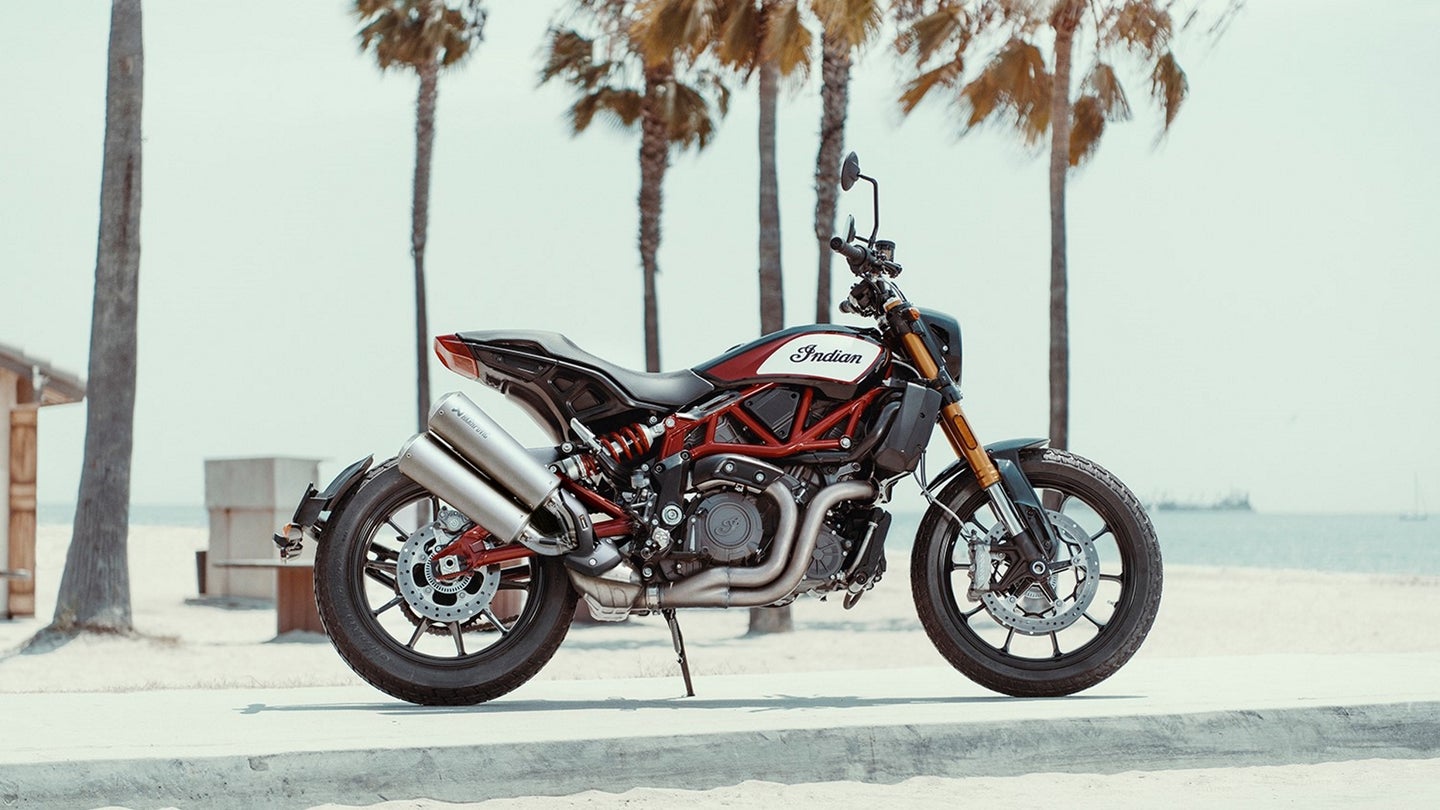 Ever since Indian Motorcycle pulled the wraps off of the FTR 1200 flat-track inspired roadster, it’s been met with a lot of praise for being fairly similar to the concept that we all fell in love with and for being something different in Indian’s cruiser-only lineup.

One thing in particular that everyone seems to like about the FTR 1200 is the available upgrade to an Akrapovič low-mount accessory exhaust. It’s so popular that it will now be standard on the 2019 Indian FTR 1200 S with the Race Replica paint. This exhaust will improve the look and sound of your Indian, though it doesn’t produce any performance gains.

This upgrade brings with it a slight price increase of $1,000 over the previously announced price. That rounds the MSRP of the Race Replica FTR 1200 S up to $16,999. However, if you were planning on upgrading to the Akrapovič exhaust, you’ll be saving some coin because normally it’s a $1,499.99 upgrade. Considering this particular bike is the most premium of the FTR family, we have a feeling a lot of buyers would be opting for the good exhaust anyway.

This brought to our attention that there’s been a slight bump in pricing across the board for the FTR 1200 since its pricing was first announced. The base price has jumped from $12,999 up to $13,499 and the S model also got a $500 increase from $14,999 to $15,499. It’s hard to complain about such a modest price hike, but that’s an unpleasant surprise for anyone planning on picking one up when it hits dealers this spring.

Indian is giving riders a chance to add a little more personality to the FTR 1200.