What do you do with a miserable beater that’s just taking up space? Use it as part of your New Year’s celebrations, of course. 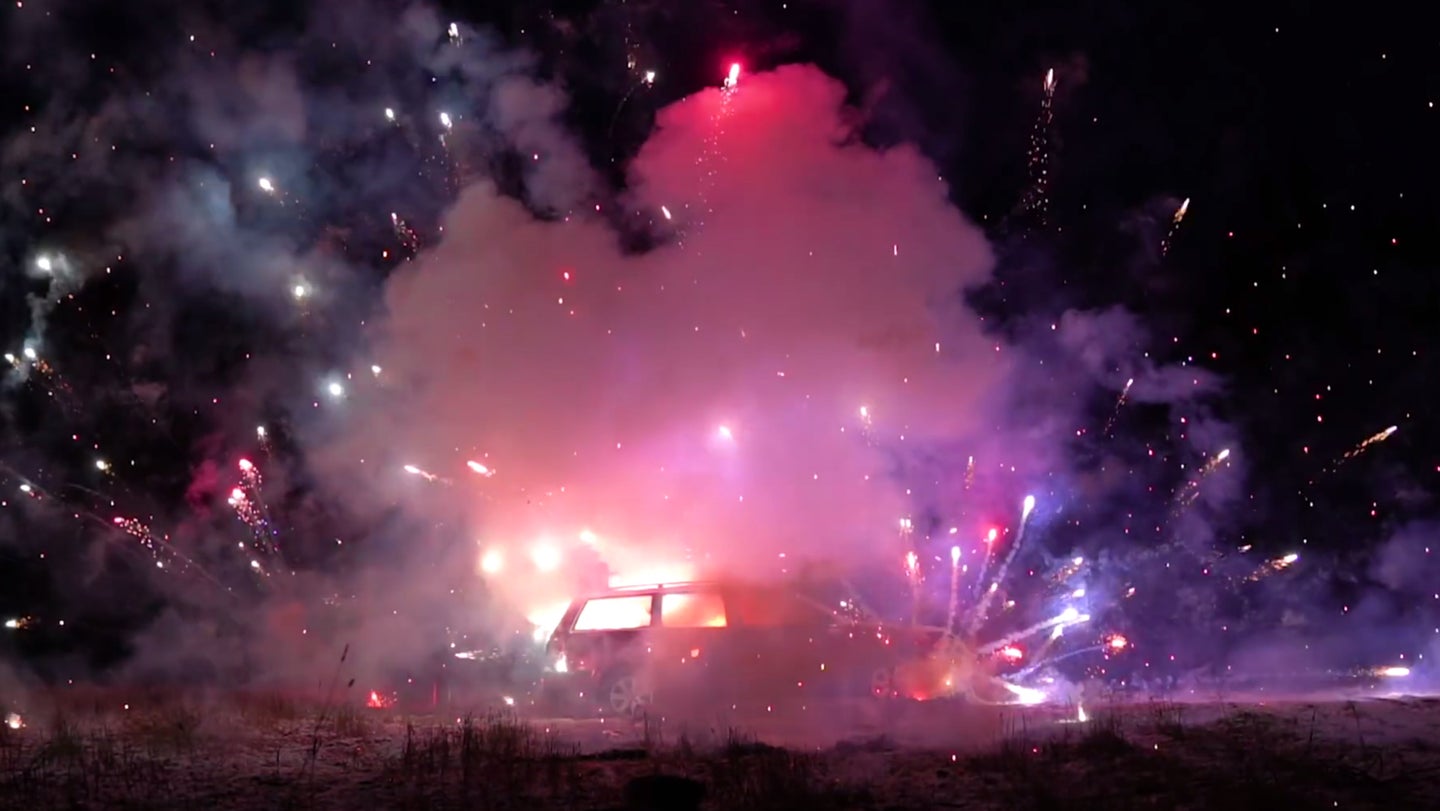 We've all seen fireworks displays that go up in the air. Yawn! It's better to involve something else in the mayhem, like a car. You weren't going to fix it anyway, were you? Good.

The lovable Finns behind YouTube's Hydraulic Press Channel had a car that had been previously featured in other videos, and just wasn't good for much else. So, they blew it up, using four big cake-style professional show-quality fireworks and 20 four-inch shells.

The artistic maniacs cut a hole in the roof to allow more of the bursts to pop out of the car for a better show, but that's it. The rest of it is merely the car getting blown apart in the ultimate Viking funeral. The whole fireworks-equipped interior of the car lights up in less than 20 seconds.

That wasn't enough to finish off this tough wagon, though, so just to be sure, they put a "Finnish firecracker"—as in, a bunch of dynamite—under the car to blow it all up at the end. It's a grand finale far better than the usual rapid-fire bursts in the sky courtesy of your city's local government.

Now this is how to bring in the New Year: by thoroughly destroying something from the past. Imagine 2018 is the car, and feel relief as it gets flipped through the air with dynamite.

While you shouldn't try this at home without a safe place to hide from the blast and some ultra-knowledgeable pyromaniacs (read: stuff you probably don't have unless your roommates are all special effects pros), it's certainly fun to watch Finns do it on YouTube.

Happy New Year, everybody. Hopefully this wasn't your car.

Which material is more durable under extreme pressure?

A quick lesson in instant karma.