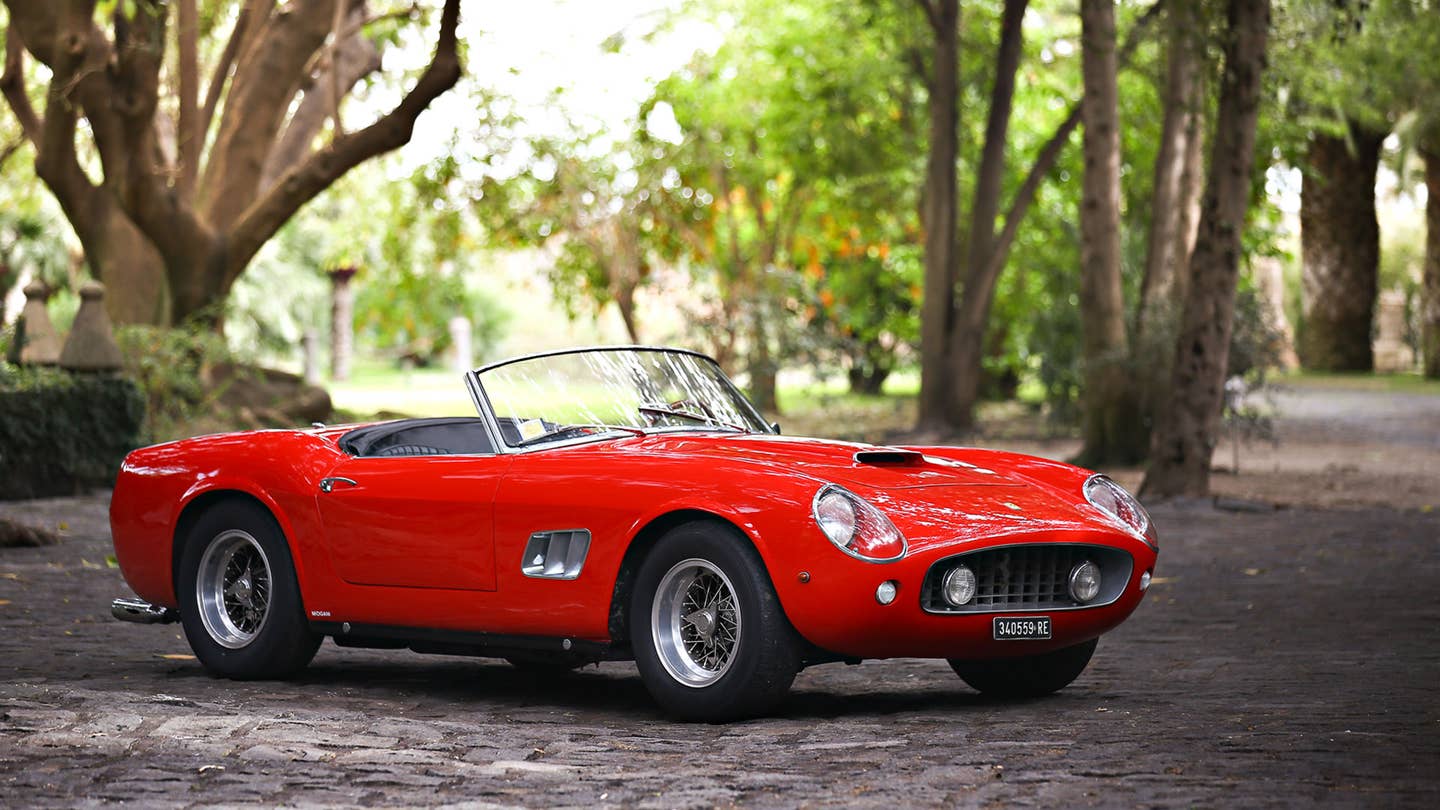 We have a new nominee in the battle for the Most Italian Car Ever, and you’re hearing about it here first, in an exclusive to The Drive. It’s this beauty, a 1961 Ferrari 250 GT Short Wheelbase (SWB) California Spider, which will be auctioned by Gooding & Company at its Amelia Island sale on March 11.

Yes, it’s the Ferris Bueller car, for those of you philistines who think every iconic vintage vehicle is valid only for its connection to some silly Eighties movie. But that has no bearing on this car’s indelible Romanticism. Follow our case, point by point.

1) It is a Ferrari, with a body designed by famed coachbuilder Carrozzeria Scaglietti, headquartered, local to the Ferrari factory, in Maranello. And it’s not just any Ferrari; it’s one of the rarest and most valuable and most immediately recognizable Ferraris of all time. One of only 37 like it, ever (it’s number 22 in the series).  When you say the words “vintage Ferrari” this is what Siri, and the rest of the global hive mind, pulls up.

2) The car was originally purchased by Gianfranco Frattini. After training with famed Milanese architect Gío Ponti—a master who penned, among other things, offices for FIAT, and the monolithic tire headquarters the Pirelli Tower—Frattini went on to a career creating lighting and furniture designs (often with Livio Castiglioni) for Cassina, Knoll, Artemide, and Luce among others. Frattini, from Padua, owned the car for 17 years.

3) While Frattini owned the car, he loaned it to a little filmmaker named Vittorio De Sica. De Sica helped to found the Italian Neorealist film movement, and had already made The Bicycle Thief, considered by many to be one of the most influential movies of the 20th century. But the movie he was making in the early 1960s was called Leri, Oggi, e Domani (Yesterday, Today, and Tomorrow) which happened to star perhaps the most quintessentially Italian actors in the world: Marcello Mastroianni—fresh off his success in Federico Fellini’s La Dolce Vita (1961) and 8½ (1963)—and some lady named Sophia Loren. The move won the Academy Award that year for best foreign language film.

4) As documented by leading Ferrari historian Marcel Massini, only two more people—Italians, both—have owned the Spider since. The most recent owner had it for 30 years. It has never been for sale publicly before. And this is the first time it is being presented outside of Italy.

Auction house owner David Gooding anticipates this little slice of prosciutto to sell for somewhere between $15 million and $17 million. This probably is a good guess, since the last time Gooding et al. sold a Ferrari 250 GT SWB California Spider, at their Pebble Beach auction in August of 2015, it brought in $16,830,000. Our friends at Hagerty, worldwide experts in classic vehicle valuation, say that prices for vintage Ferraris continue their impossible ascent. We wouldn’t be surprised if this 250 GT SWB California Spider went for even more.