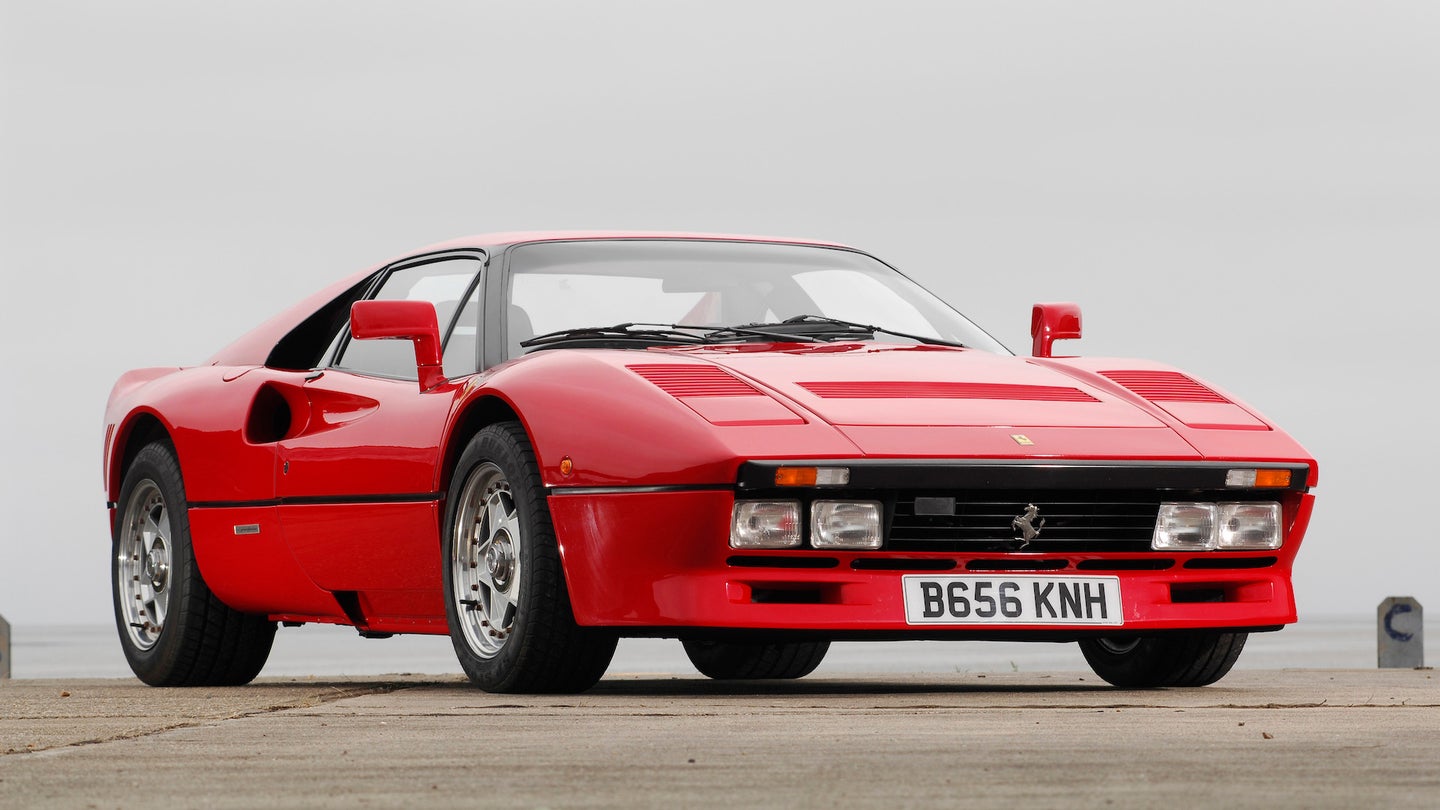 The German Police are searching for one of the rarest Ferraris ever built, a 1985 GTO, after a test drive with a supposed "interested buyer" went awry.

According to The Associated Press, police in Dusseldorf, Germany received a call Monday informing them of the theft. The unnamed owner and seller of a 1985 Ferrari 288 GTO told authorities that he met up with an individual who claimed to be interested in buying the limited-production Ferrari. While out on a test drive, the owner and the supposed buyer went to switch places so they could try before buying, but the other individual leaped into the car and sped off without its owner.

Law enforcement has no leads at this point and is appealing to the public in an attempt to find the missing supercar.

The 288 GTO, for those not in the know, was a limited-run model based on the 308 GTB, intended for Group B circuit racing. When interested in the racing category was less than expected, Ferrari repurposed the car's entire 272-unit production run as road cars. All were powered by 2.9-liter twin-turbo V8 engines making 395 horsepower and 366 pound-feet of torque, allowing a zero-to-60 time of about five seconds, and a top speed of 179 miles per hour.

Between the 288 GTO's rarity and its status as one of the few Ferraris ever graced with the mythical "GTO" (homologated) nomenclature, it has become one of the most sought-after models in Maranello's history, and with a price tag to match. One sold at an RM Sothebys auction in January for $3.36 million.

A possible reason for the car's theft could include a simple joyride, though targeted theft is not outside the realm of possibility. Supercars have been stolen and found in shipping containers, bound for foreign countries and unscrupulous buyers. Insurance fraud isn't necessarily impossible either, as the car may be insured for more than it's worth, though there is as of yet no evidence that suggests this to be the case.