The 599 GTO-based supercar is eternally for sale, but why? 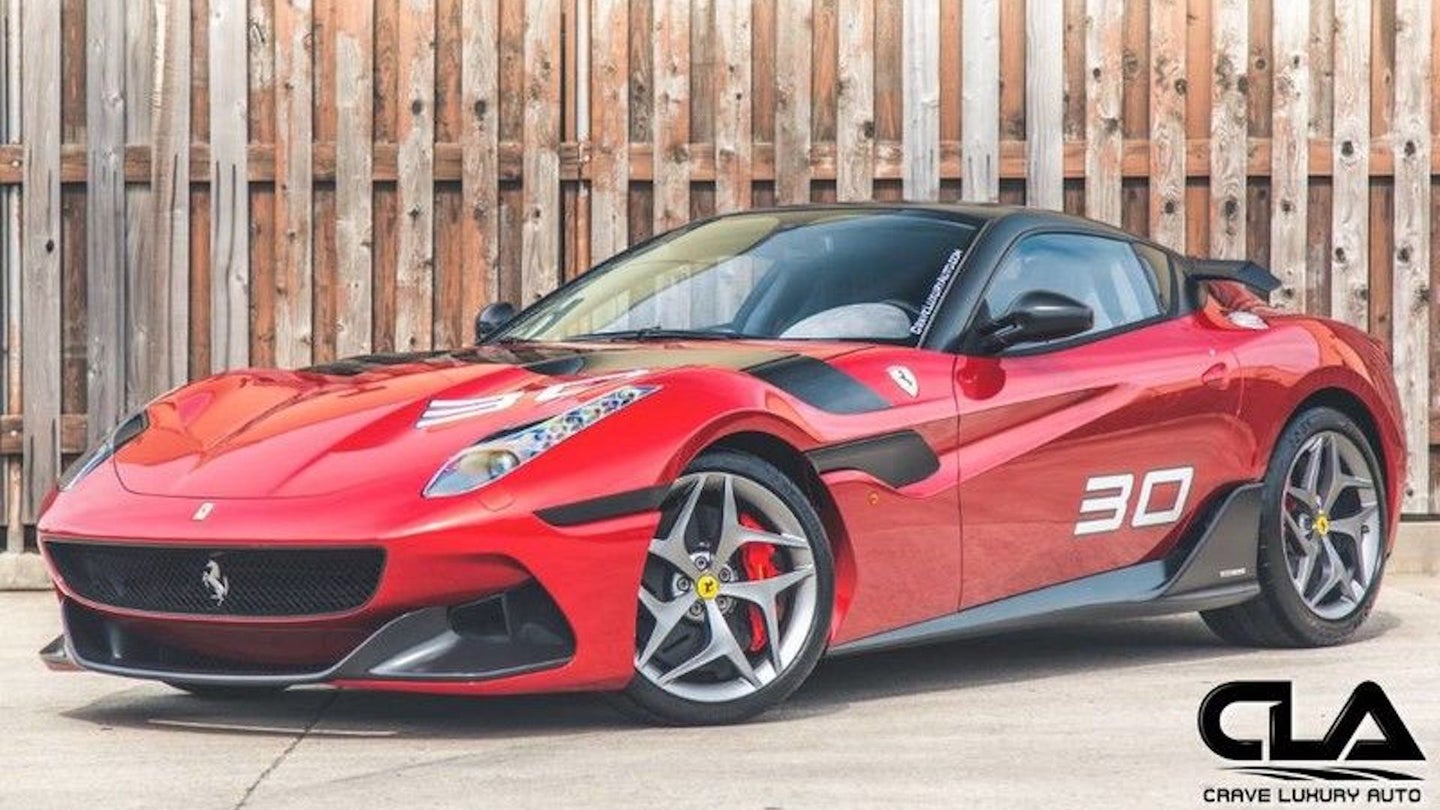 Because the barrier of entry and subsequent running costs are so high, there's a saying that you can't afford a Ferrari unless you can afford two Ferraris. It's part of how you know you're looking at money when an F8 Tributo rolls by, though even the buyers of these ultra-luxury goods might as well be 99-percenters compared to the type that can commission a Ferrari. Indeed, Maranello's one-off division makes a killing off super-personalized supercars sold to the unimaginably wealthy, many of whom drop untold sums on their unique Ferraris—however, they aren't always a hit on the secondhand market, as this one-off SP30 proves.

The brainchild of Indian-born petrochemical bigwig Cheerag Arya, the SP30 was based on the limited-run 599 GTO and borrows the grand tourer's chassis and drivetrain. A six-speed, paddle-shifted automatic channeled the 661 horsepower and 457 pound-feet of torque produced by a 6.0-liter, naturally aspirated V12 to the rear wheels, making the SP30 a performance match for the 599 GTO on which it was based—briefly the quickest car ever to lap Fiorano, Ferrari's test track.

Arya had Ferrari fit the SP30 with 458 Italia headlights, bespoke wheels, a hood resembling that of the F12, and a rear end based on the 599XX track car. Inside are gauges, seats, and a steering wheel from the 599 GTO, but infotainment and switchgear from the 612 OTO, the concept car which introduced Ferrari's personalization program in 2008. Like the GTO, the SP30 went uncarpeted and lacks rear seats, though it does include a unique set of branded luggage, which makes it a ready-to-go road-tripper, though it was never used as such.

For reasons unknown, Arya never put many miles on the car, reportedly selling it at fewer than 70 miles, having never so much as peeled the plastic off the infotainment system. It still only has 103 miles on the odometer, mostly because it's been a permanent fixture on the for-sale market for years.

Per Car Scoops, the SP30 first surfaced for sale in 2018 by Texas-based supercar dealer Crave Luxury Auto, which sent the car to be auctioned in Paris by RM Sotheby's. The vehicle didn't sell for whatever reason and it has since returned stateside, though the story remains the same. Crave still has the SP30 up for grabs in The Woodlands, Texas, for a price unsurprisingly not included in the car's listing.

If you've window-shopped supercars long enough, you know what that means. If not, then the saying goes, "if you have to ask..."

Parked for four decades, it’s finally getting a full restoration.