Rumors say it’ll be a LaFerrari successor with a V8 hybrid powertrain, but everything is up in the air until the wraps come off. 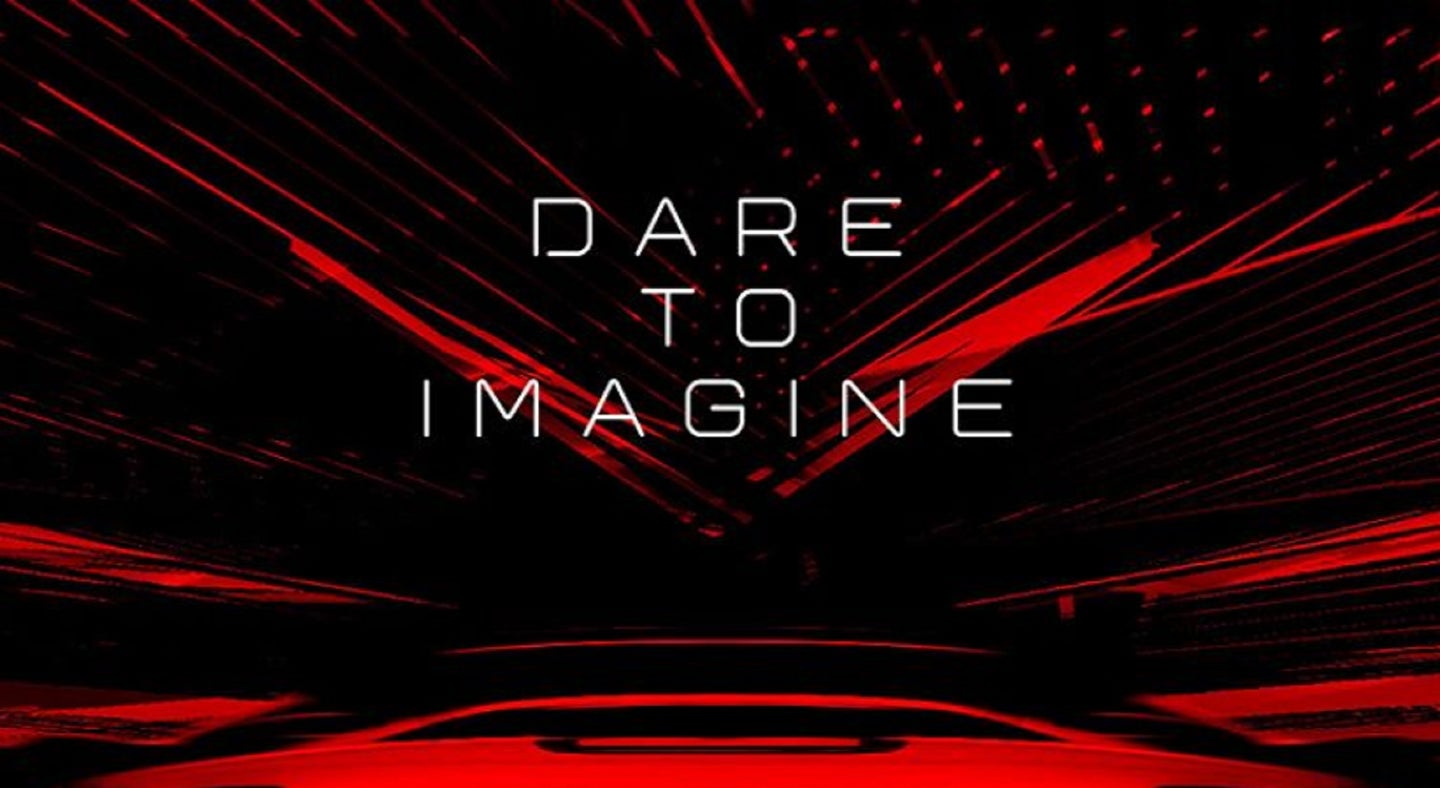 The boys and girls at Maranello are wasting no time in revving up the excitement ahead of their all-new supercar debut. Teased via Instagram on Sunday evening, Ferrari put out a red and black image reading "Dare to Imagine" across the top, while on the bottom, a sort of stretched-out rear end (or possibly front end) is shown. However, the trippy image reveals little to nothing about the upcoming Prancing Horse.

The photo's caption reads: "Get ready. Two days to go.," leading us to believe that Wednesday, May 29 will be the day when the wraps come off the new Ferrari. According to rumors that have been circulating around the internet and even exciting videos of people chasing test mules, the new model will feature a V8 hybrid powertrain and get a top-shelf spot in the Ferrari lineup. According to Ferrari CEO Louis Camilleri, it will sit above the 789-horsepower 812 Superfast, meaning that this will be an actual production model for the masses (in relative Ferrari terms) and won't be some limited-run special edition. Also, such claim leads us to believe that it will be more powerful than the 812, which is currently Maranello's most powerful vehicle.

It's still unclear what exactly we'll find under the hood, but it's safe to say that a LaFerrari successor will most likely up the ante on the former hypercar's performance stats, so a 1,000-horsepower figure isn't all that far-fetched.

We've recently reported on two test mule sightings near the factory in Maranello, one that involved a Ferrari 488 Spider playing a game of cat and mouse with a heavily camouflaged unit, and one of a motorcycle engaging in a high-speed chase just to get a closer look at the upcoming supercar. Unfortunately, the video of the latter was eventually removed by the original poster, leading us to believe he grew afraid of getting in trouble with the law due to the reckless riding shown on video. Either that or Ferrari "gave him a talk"— because it is Italy is their home turf after all.