This Could Be Ferrari’s New 488 GTB-Based Custom Supercar

You have to click the link to see it, though. We don't give away the goods for free. 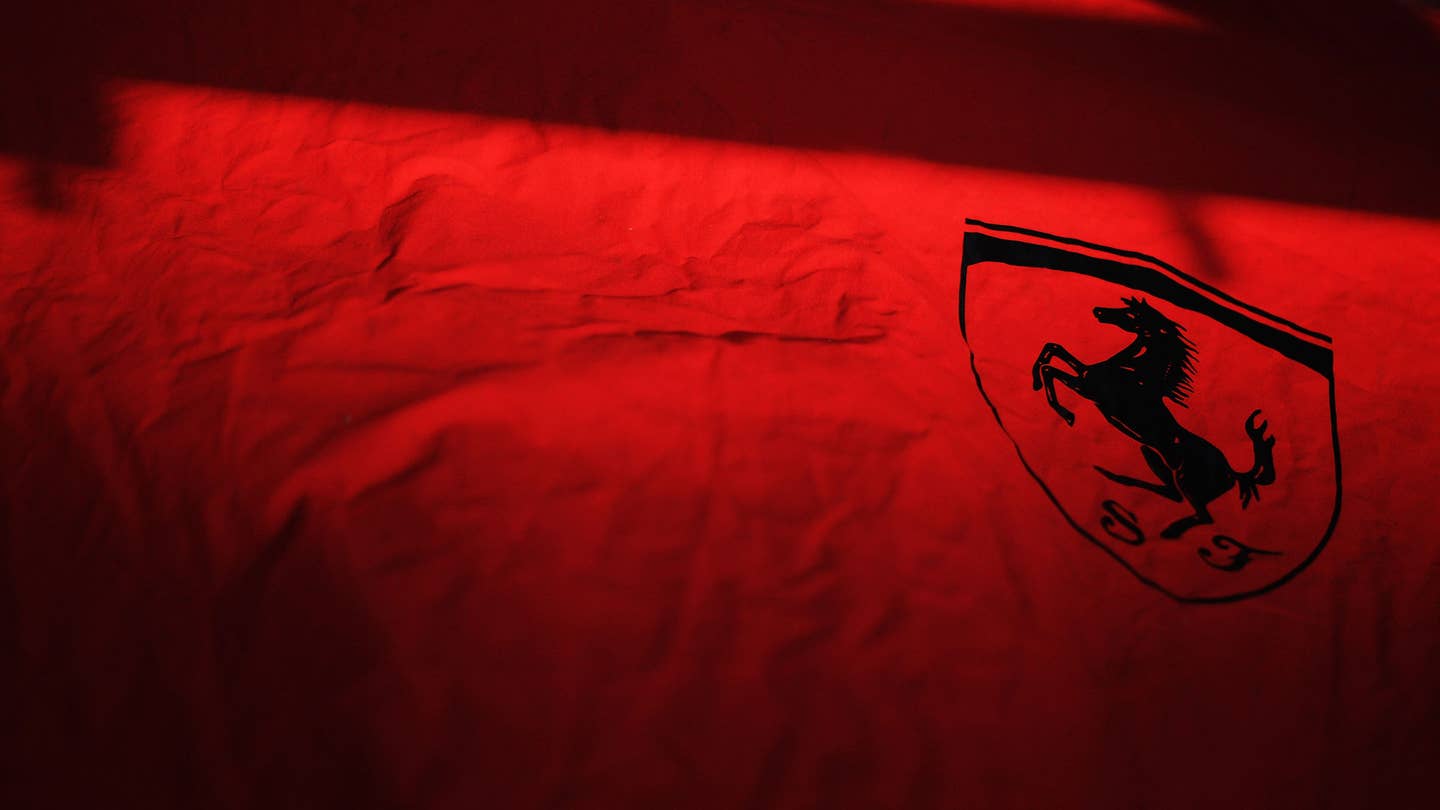 Well, who might you be? This unusual Ferrari 488 GTB was caught sneaking out of the gates of Ferrari's Maranello headquarters—and word amongst the Ferrari faithful is that it might be the first customized 488 GTB out of the car maker's Special Projects division.

The picture was posted on an Instagram account called @happyfewracing, which appears to belong to a man who goes by "Lawrent HappyfewRacing." (Presumably, not his birth name.) While the photo is fairly low-res—it has the look of an iPhone zoom-and-crop job—there's enough detail to figure out that this isn't any old 488 GTB. The front fascia's vampire fangs are gone, replaced with a solid block of white bodywork. The intakes have been altered, with black ductwork helping to funnel air in. The hood frunk lid has developed air ducts of its own, the roof appears smoother than the GTB's contoured lid, and the blacked-out B-pillar is definitely not stock.

A second Instagram photo, taken on April 21, reveals the back end of the car as it laps Ferrari's Fiorano test track. From that angle, the Ferrari looks a bit like both the new Acura NSX and the Lotus Evora at a glance. Look closely, and you'll also notice the steering wheel is on the wrong side. (Sorry, Brits, but it's true.)

Now, if you're thinking this might be the high-performance Speciale version of the 488 GTB—well, we had that thought too. But Ferrari sticks to a pretty strict schedule when it comes to releasing model variants, and the hardcore 488 isn't due for at least another year. Besides, the car maker is incredibly vigilant about keeping new cars under wraps until their scheduled debuts; the odds of Ferrari debuting a whole new model by accidentally driving it out the front gate uncamouflaged are pretty much nil.

No, given the unmasked state, the minor modifications, and the flashy custom paint job, all signs point to this being a 488 GTB by Ferrari's Special Projects division.

Special Projects is the division of Ferrari that handles extremely limited-edition vehicles for extremely well-off clients. (It's not to be confused with the Tailor Made division, which specializes in bespoke colors and trims.) The division's services are traditionally reserved for Ferrari's best customers, the kind of folks who buy dozens of new cars from the Prancing Horse over the course of decades. Eric Clapton called upon them to turn a 458 Italia into a modern-day interpretation of the 512 Berlinetta Boxer, for example.

(A few other images of the car from other angles have popped onto the Internet; we don't have the rights to them, so we can't embed them here, but you can check them out at this link if you're interested.)