Maranello's Tailor Made department whips up a 1980s racing homage, with extra hotness. 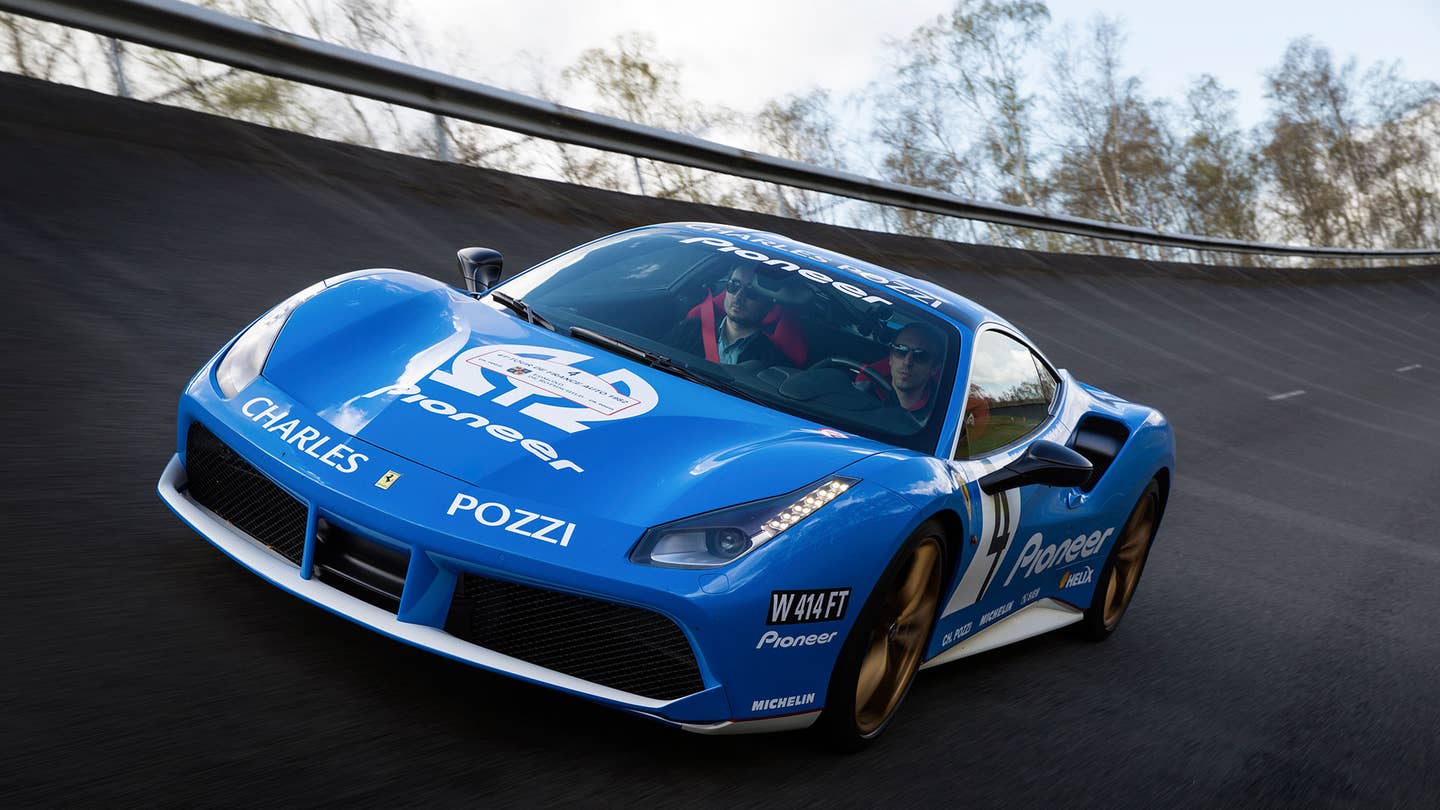 Every Ferrari 488 GTB is sexy. It's more or less implied; you hear "Ferrari 488 GTB," you think, "sexy." It's basically Pavlovian. So when we say Ferrari's Tailor Made customizing department has whipped up one incredibly sexy 488 GTB, trust us—it's a cut above.

It's especially drool-worthy if you're a fan of old-school racing liveries. (As we at The Drive very much are.) The special-order 488 GTB was made specifically for Parisian automobile dealer Charles Pozzi, who served as benefactor for race car driver Jean Claude Andruet's 308 GR4 back in the early 1980s. Officially known as the "488 GTB Tailor Made Pioneer," Ferrari's in-house customization shop has outfitted this particular eight-pot Prancing Horse with a paint job inspired by the Ferrari 308 GR4 Pioneer driven to victory by Andruet in the 1981 and 1982 Tour de France Automobile.

And by "inspired by," we mean "basically copied straight from." That's not a knock.

In addition to the blue-and-white paint job, the one-off Ferrari comes wearing matte gold rims over matte black brake calipers. The car's insides have also been done up much like its ancestral inspiration, with seats upholstered in red fabric. Matte-finished carbon fiber is used extensively throughout the interior, while the floor is painted in racing gray matte aluminum. It's so nice, you'd feel guilty putting your feet on it.

The retro-livery 488 GTB and its 308 GR4 inspiration will be trekking across France over the next four days as part of the Tour Optic Auto 2000 Rally. Should you happen to be in France and catch a glimpse of these Ferraris, grab a pic and tag us on Instagram, Facebook, Twitter, or whatever your social medium of choice is. We'll take any chance we can to ogle these cars some more.