Apparently, it's all about changing the Corvette's demographic. 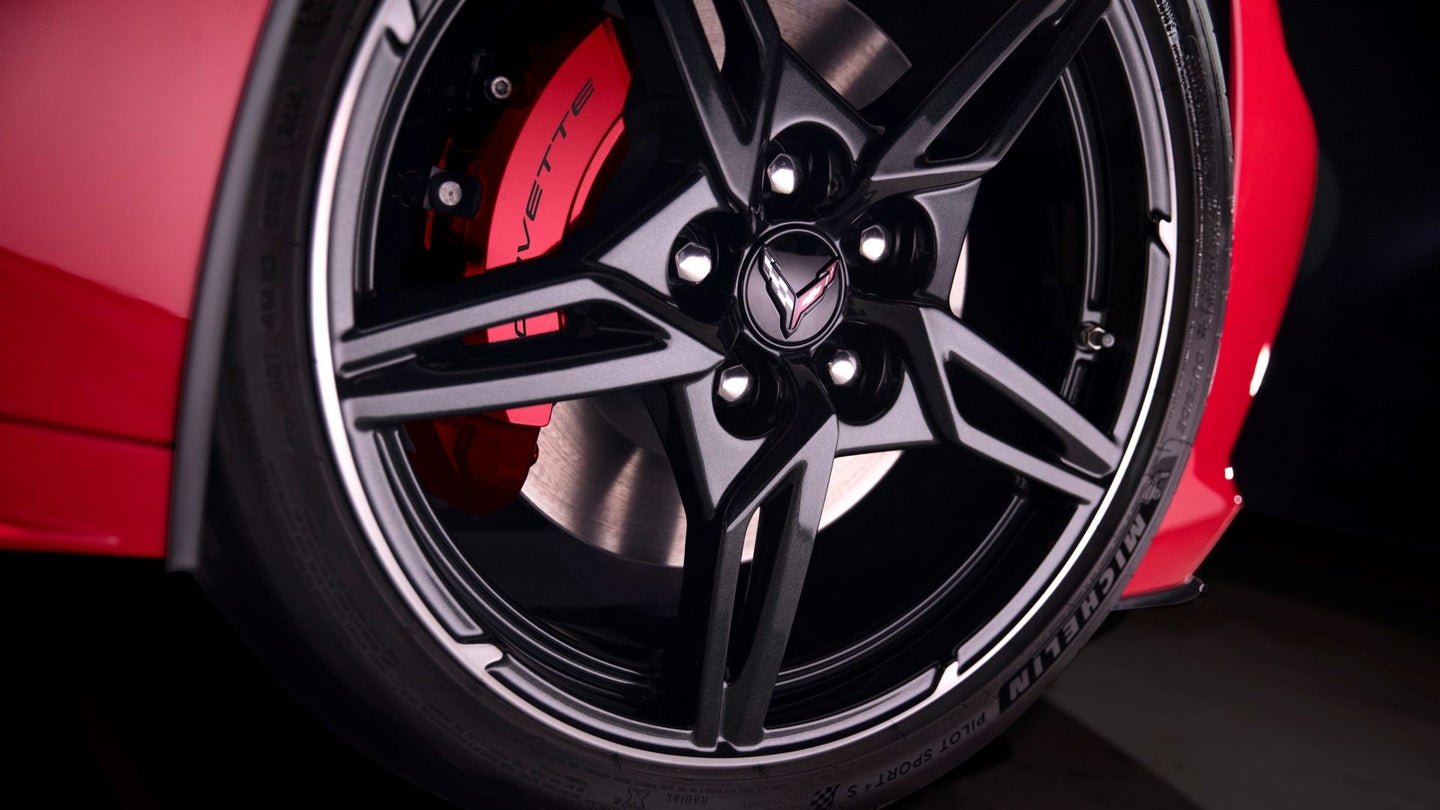 Chevrolet is completely changing the Corvette model's direction with the new C8 generation. In addition to moving the engine behind the passenger compartment and making the steering wheel square, Chevy has consciously barred a supposedly popular hallmark of Corvette design from the new car's options sheet: chrome wheels.

Speaking to Car and Driver, C8 head engineer Tadge Juechter said there would be "no chrome available" on his new mid-engined creation and that the latest Corvette's flashiest wheel option will get a "polished" design, presumably referring to the Ultra Bright Trident Spoke rim seen in the car's online configurator.

The Trident wheel can also be had in machined two-tone or black while the simpler five-spoke design seen above can be finished in bright silver, carbon, or pewter.

According to the report, Chevy decided to eliminate chrome wheels from the mid-engined 'Vette (from the factory, at least) in order to distance it from its reputation as a mid-life crisis-mobile, primarily driven by gray-haired men of a certain age. Along with its much-discussed engine placement, the wheel options have seemingly been designed to appeal to a younger, more "with-it" generation of sports car buyers that would otherwise be seen in something European, or whose Corvette's frunks will likely never hold a set of golf clubs.

For what it's worth, the switch to no-chrome seemingly hasn't hurt sales since the C8's first year of production is already sold out. Sorry, boomers.

Of course, if you are a fan of reflective rims, C8 owners of all ages are free to fit aftermarket wheels of any color or finish to their cars once they've taken delivery—the engine might be in the middle now but we'll assume Chevy hasn't gone full Ferrari just yet.