World Series MVP With 5 Home Runs and a Big Truck 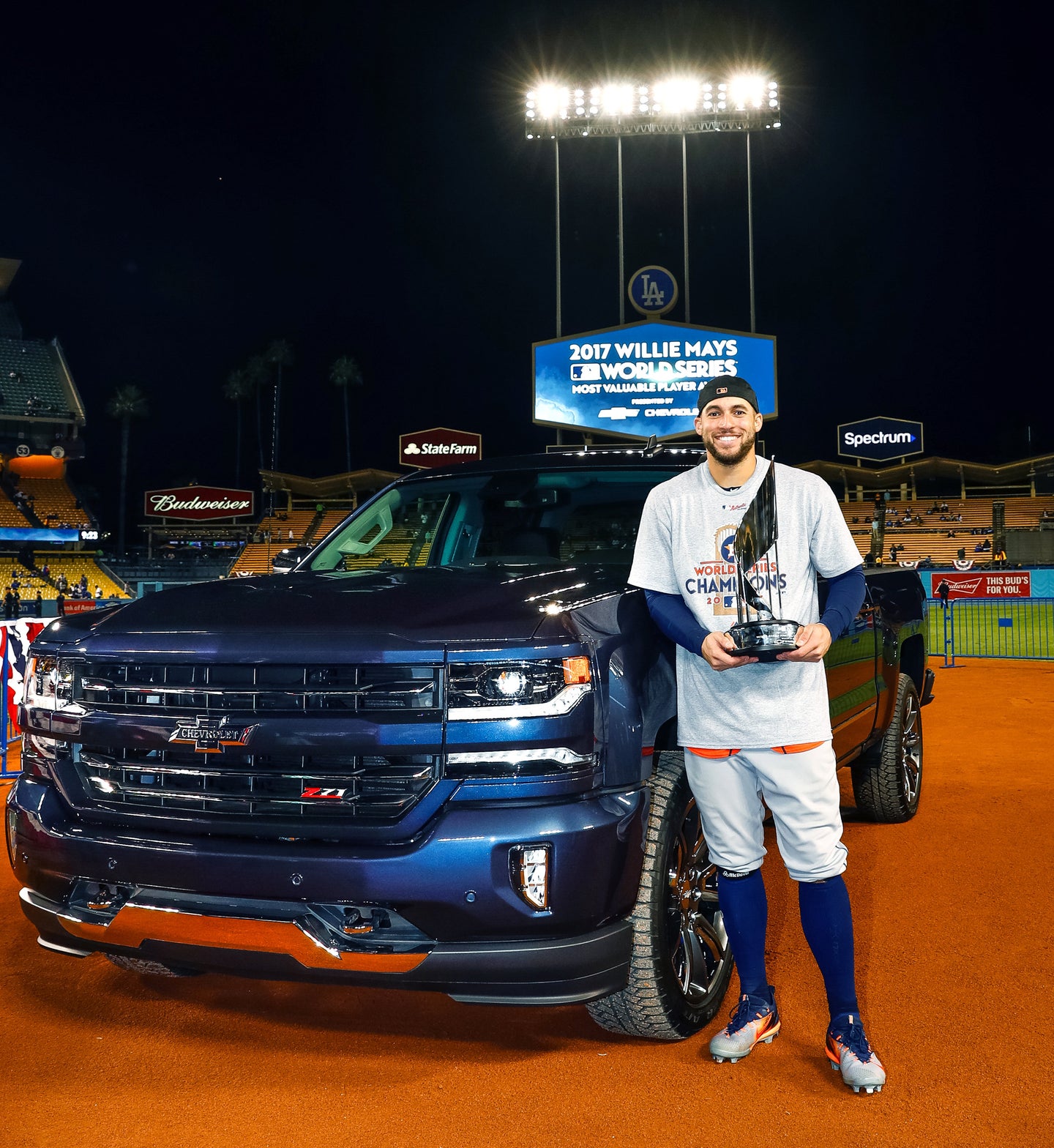 You win the Super Bowl you go to Disneyland. You win the World Series, you go muddin’ in your truck. Okay, so maybe that’s not what the Houston Astros are about to do but thanks to Chevy, George Springer could if he wanted to. As the winner of the 2017 Willie Mays World Series Most Valuable Player Award, Springer was presented with a 2018 Chevrolet Silverado Centennial Edition pickup.

The Centennial Edition commemorates the 100th anniversary of the first Chevy truck. There are a few design cues in this edition that are a throwback to the old school including the Centennial Blue paint color to go along with big front and rear bowtie emblems. Hammering home the 100-year anniversary is a distinctive door badge. There’s also a rugged spray-in bed liner and accessory floor liner emblazoned with bowties as well. The blue beast was delivered in LTZ Z71 Trim in a Crew Cab configuration.

According to the press release from Chevy, US Vice President Brian Sweeny was on the field to hand over the keys to 5.3-liter EcoTec3 V8. Speaking for Chevy he said, “In a matchup of the two best teams in baseball, George Springer’s performance on the field tonight and throughout the World Series truly embodies the same ‘Never Give Up’ spirit that drives the Chevrolet team to win every day. We are proud to recognize Springer’s tremendous efforts with the Willie Mays World Series MVP award and the 2018 Chevrolet Silverado Centennial Edition pickup.”

Springer won the MVP Award after going 11-for-29 from the plate with a record-tying five home runs and seven RBIs. He was voted MVP by the media and fans voting online. After terrorizing Dodger pitching all series, now he’s got a big truck to haul all that heavy hardware coming his way.