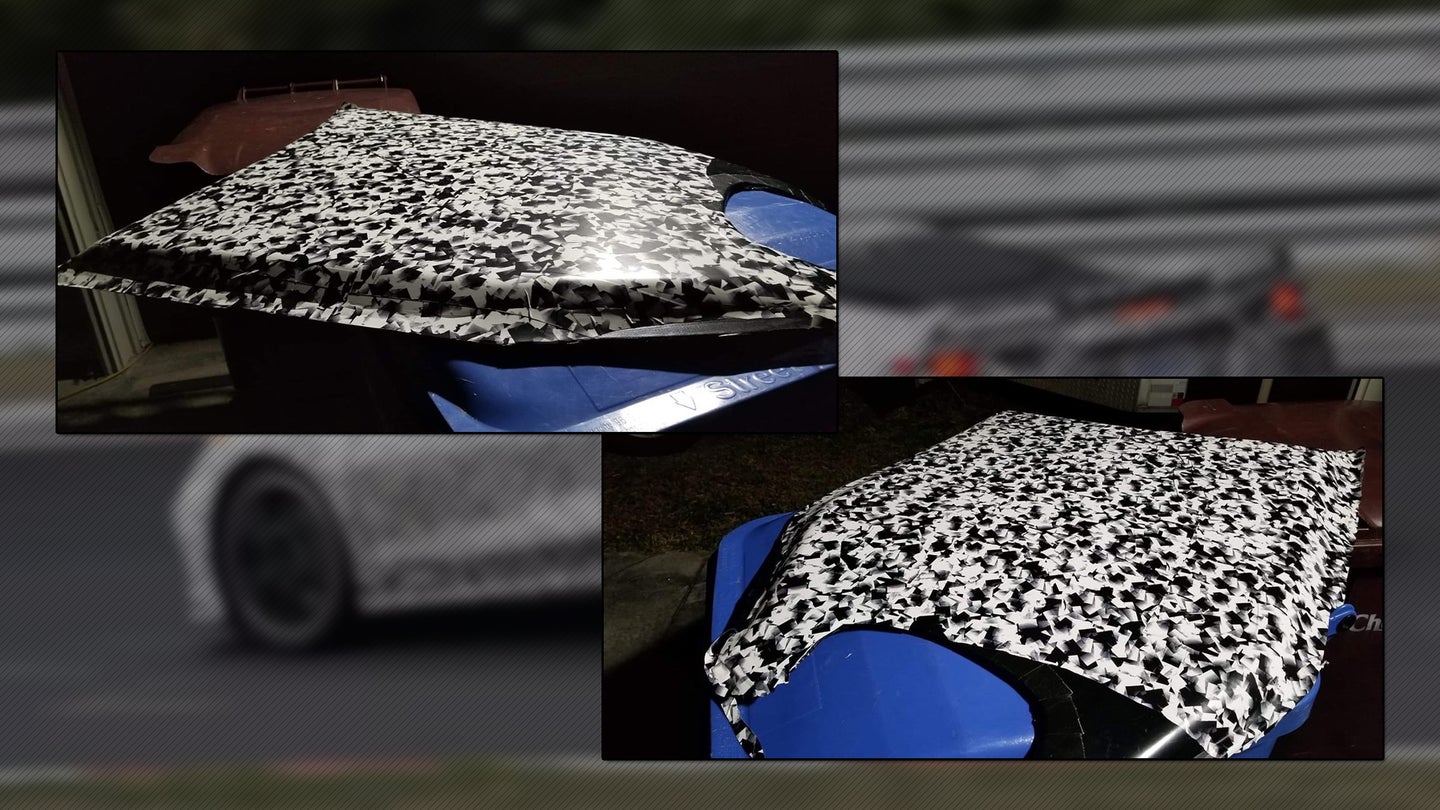 Spy photos of General Motors' mid-engine C8 Corvette have been popping up from test tracks across the country for the better part of a year. Recently, rumors of a wrecked test car have been making their way around the online Corvette communities, floating along with them a pair of rather curious photos sporting the same camouflage worn by the Corvette on multiple occasions.

According to details posted in the thread, an email was sent out which postponed scheduled entry into the racetrack's paddock, citing a "high security" private track rental. Speculation swirled and, eventually, it came to light that GM had rented the track out to test at least one vehicle. The forum member goes on to say that an individual familiar with the matter confirmed that a C8 had been involved in an accident which caused the delay.

It's important to note that the camouflage pattern on the panel found at the track is an exact match of the wrap used on various C8 test mules seen in the wild, hence the speculation on the forums. What isn't clear is where the panel came from.

The application of gaff tape around the edges may indicate that the panel was used to disguise actual body lines and is not necessarily an indication of a crash. Perhaps GM is getting ready to test with production aerodynamics and has been hiding certain body features this whole time. Or, perhaps, the panel doesn't belong to the Corvette at all.

A GM spokesperson declined to comment and told The Drive that the company cannot speak on future product offerings but did offer some insight on how GM tests vehicles at privately rented facilities.

According to the spokesperson, GM will never rent out a test track for one single product, meaning that there may have been multiple models (or perhaps multiple Corvettes) roaming VIR before the panel was found. They also noted that it's not uncommon for the automaker to leave behind panels from test mules and have the track staff dispose of them accordingly.

Whatever vehicle this panel actually came from is still beyond us. Though we're banking on the Corvette, we're curious how the unnamed source got ahold of it and where it was actually fitted on the car. At least it'll make for some cool memorabilia in years to come.