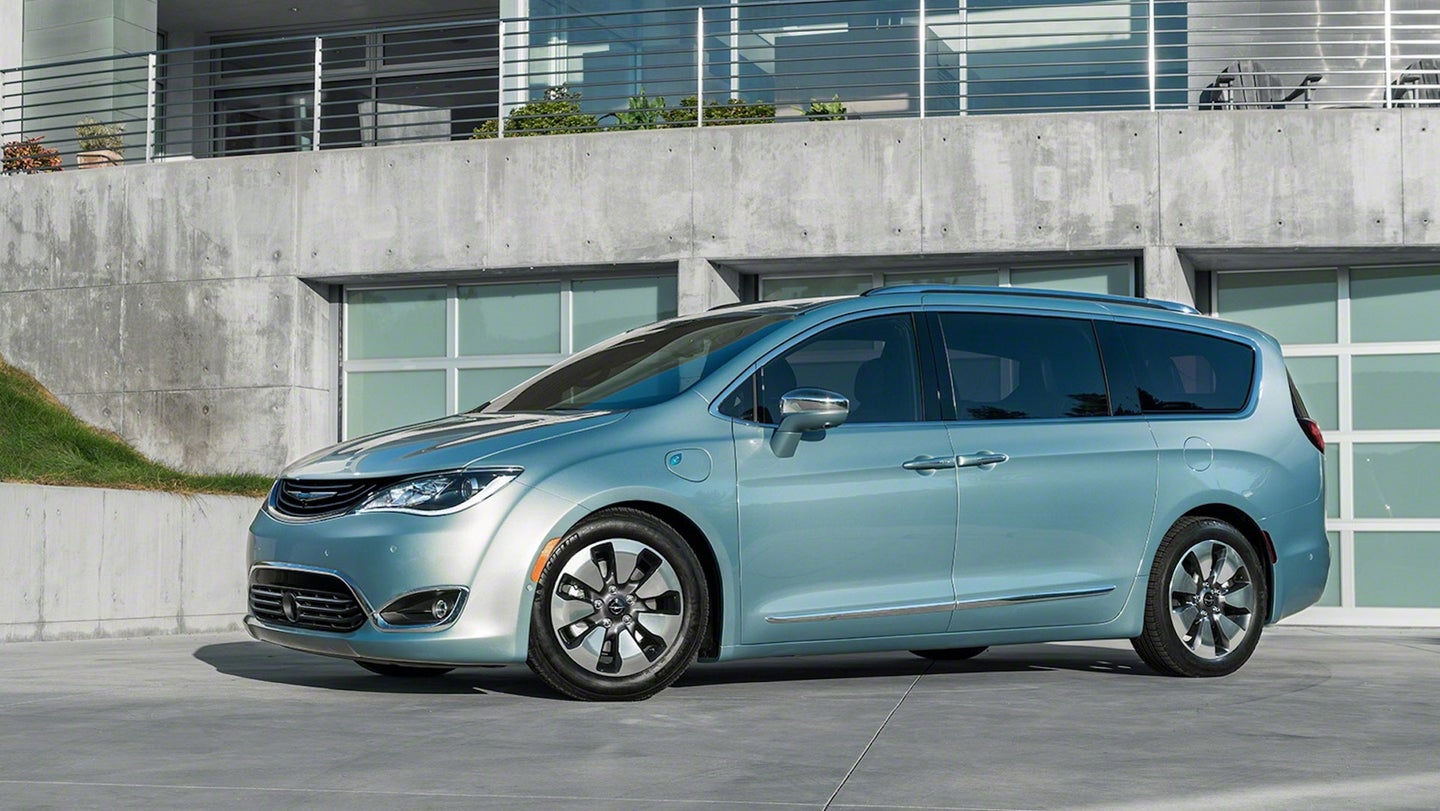 The plug-in hybrid variant of the well-received Chrysler Pacifica released last summer still hasn't hit showrooms. But if you’re one of the 700 or so who ordered the minivan and have been patiently waiting, you’re in for more than just gas savings.

FCA US spokeswoman Angela Bianchi told the Detroit Free Press that the company is offering a "gesture of goodwill" in the form of either a Stage 2 charger or a $500 Visa gift card at no extra cost to their environmentally conscious customers who had their orders in before 3/30/2017. The Stage 2 charger is advertised to give the Pacifica Hybrid a full charge in just two hours compared to fourteen hours with the standard charger. There’s no official pricing yet on what a Level 2 charger will normally cost from Chrysler, but the similar Bosch Power Max goes for around $500.

Chrysler has put up some pretty impressive numbers for this plug-in hybrid. It’s supposed to get 84 MPGe highway, a 33-mile range on just electricity, and a total driving range of 566 miles. It’s only available in Premium and Platinum trims which means you’re getting a well-appointed minivan either way with power sliding doors and liftgate, perforated leather seats, and Uconnect 8.4.

While Chrysler won’t say exactly what is taking so long to get this hybrid minivan into dealerships, they’ve given vague answers about making sure it’s ready. Since this technology is a first for Chrysler and a first in the whole minivan segment, they really want to make sure they get it right the first time.