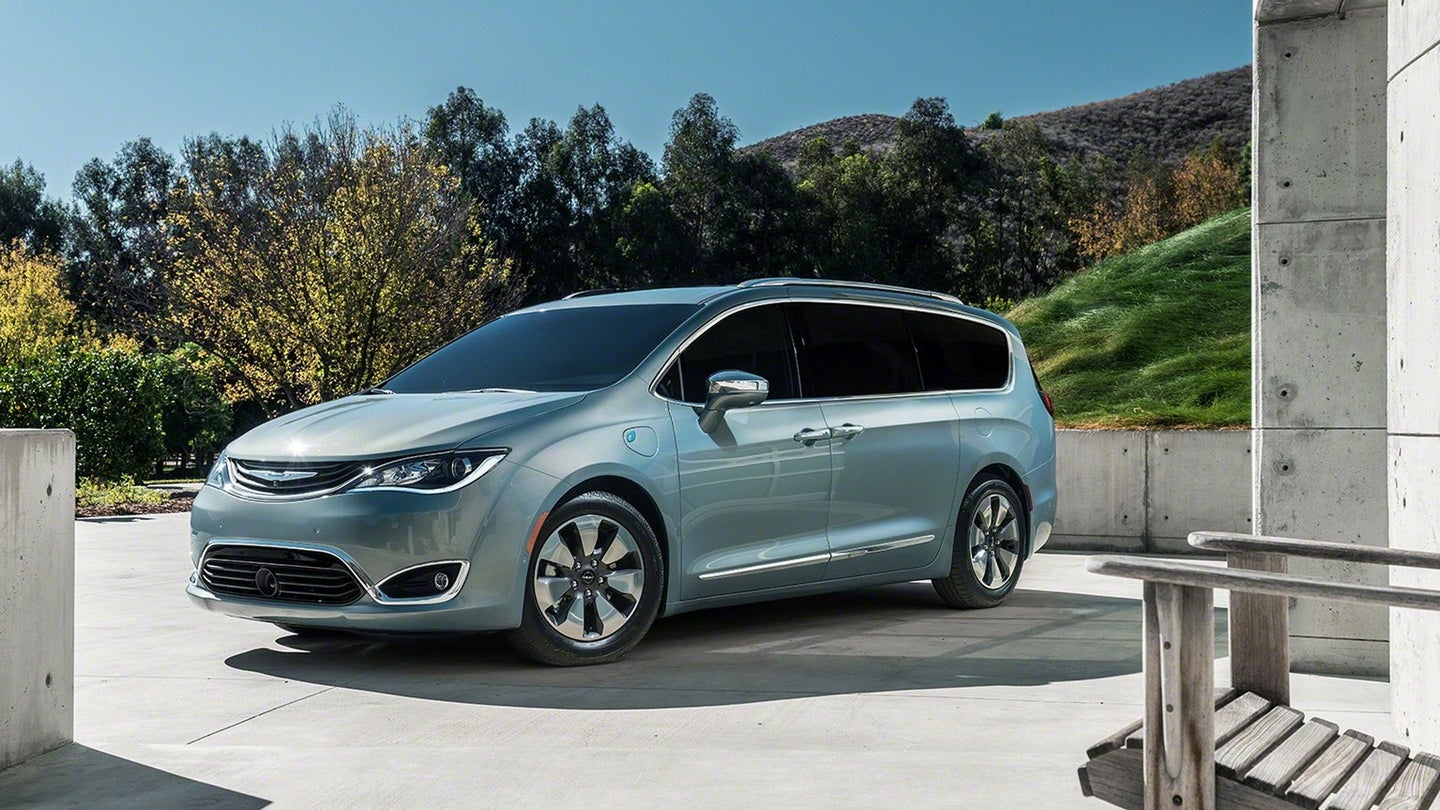 The 2017 Chrysler Pacifica Hybrid was built to check a lot of boxes for Fiat-Chrysler Automobiles. Its lofty goals included reinvigorating the slumping minivan segment, raising its fleet average fuel economy rating—and, of course, making fistfuls of cash off the industry's first hybrid minivan. None of that is possible without actually getting the damn thing to dealer lots, though.

That's why a new report from The Wall Street Journal portends some tough weeks ahead for Fiat-Chrysler. Earlier this month, the company was upfront in announcing a voluntary recall over sudden power loss for every Pacifica Hybrid sold in the U.S. and Canada so far—all 1,677 of them. (Which in and of itself might not be the best sign.) But sources now tell WSJ the recall prompted a complete, ongoing halt to Pacifica Hybrid production at their Ontario plant while FCA troubleshoots the problem.

This is, to put it succinctly, not great. Even though the company initially pinned the issue on faulty inverter diodes on the battery, the fix is apparently complicated enough—and the safety risk great enough—that FCA felt the need to hit the brakes on one of their splashiest product launches this year, infuriating dealers and buyers alike. A Chrysler dealer described the botched rollout to the WSJ as a "black eye," adding that "Chrysler does a very poor job of launching new products."

Production of the $42,000 Chrysler Pacifica Hybrid began late last year with the first models scheduled to hit dealer lots by spring, but delayed deliveries saw the automaker resort to handing out free Level 2 EV chargers and $500 Visa gift cards to antsy buyers as "gestures of goodwill" back in April. Despite that proactive approach, one man who's been waiting since March for the van he ordered told WSJ that it's been "radio silence" since the recall was announced.

As the backlog of eager would-be owners grows, officials at Fiat-Chrysler say they believe the production line will be restarted in time to fulfill every existing order. A spokesperson also noted that the company is complying with the stop-sale requirement that affects every recalled vehicle currently in production, and they're in the process of communicating with customers.

Hopefully that's the case, because there's one buyer who definitely won't be placated with free goodies and a lack of information: Waymo, Google/Alphabet's self-driving car division. The tech company recently settled on the Chrysler Pacifica Hybrid as the main testbed for its autonomous technology, with about 100 models in its current fleet and an outstanding order for 500 more.