We're as big a fan of old-school Americana as the next guy, but this seems out of bounds. 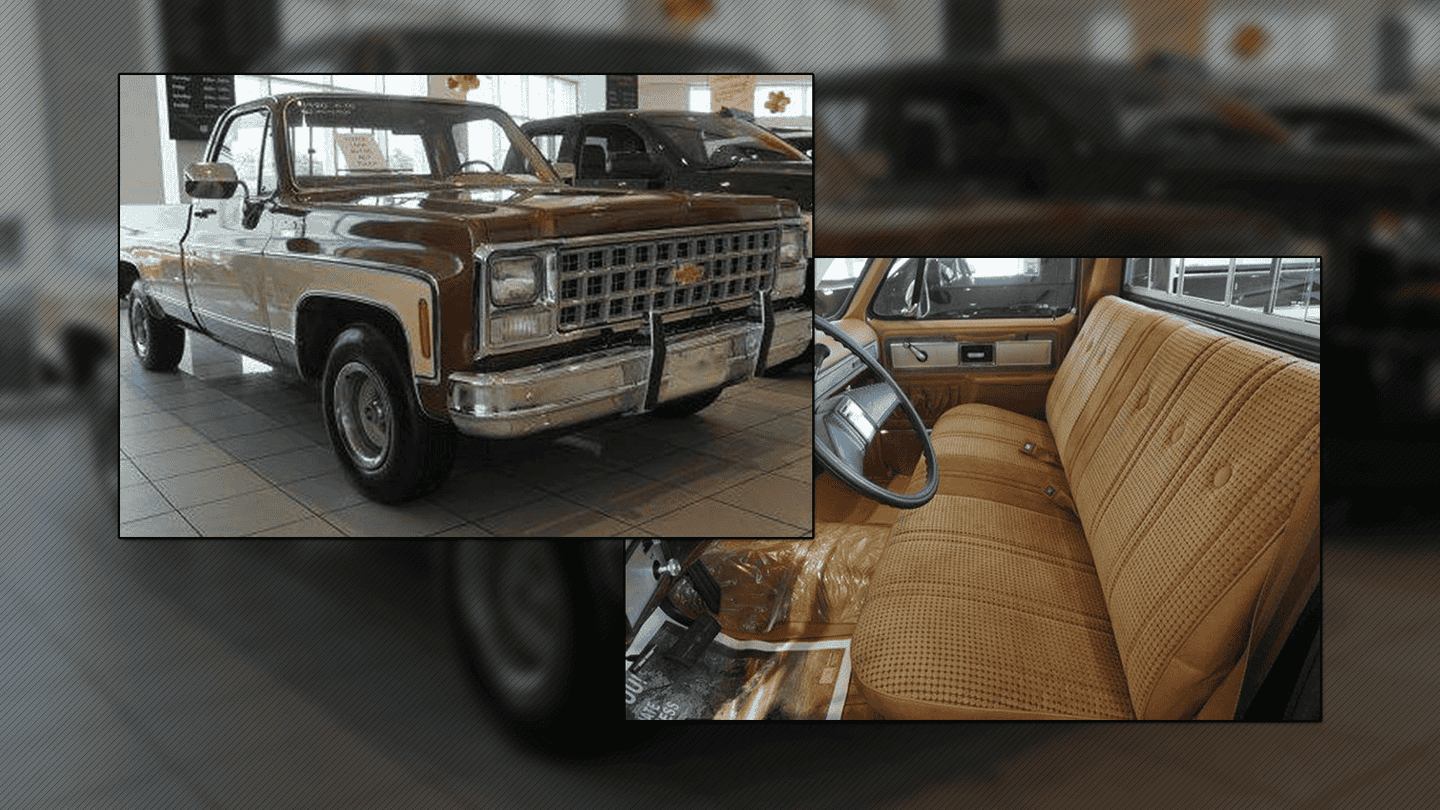 It's no secret that we Americans have a soft spot for classic pickup trucks; high or low miles, perfect paint or rustic patina—it just doesn't matter. Many are even willing to pay way more than the vehicle was worth when new some 40 years ago, but does that make it alright for dealers to seek out mega cash for what's essentially a common model in uncommon condition? That's a question that begs to be answered when it comes to this low-mile 1980 Chevrolet C10 listed for sale in Cincinnati, Ohio.

This handsomely brown, two-toned half-ton is clearly a stellar example of what a Chevy pickup would've looked like as it rolled off the assembly line back in the heyday of Waylon Jennings and Kenny Rogers. It's been excellently kept and only driven an astonishing 982 miles since it was originally purchased to take care of chores around a Canadian family's farm. The truck's tan interior looks to be pristine and, according to the for-sale listing, it's all original except for the tires.

It was parked for years prior to being uncovered in November 2016, which is supposedly when the owners started tossing around the idea of selling it or trading it in on a newer model. Essentially, it's got all the makings of a fairytale car collector story.

All of this, along with a hefty markup for good ol' nostalgia, has placed it on the market at $35,900.

Now, we know that there's a market for just about everything—from locks of celebrities' hair to "real" magic wands—but even then, this seems a bit far-fetched. While it's undoubtedly a great truck and time capsule to reminisce with, it's still a model of which hundreds of thousands were produced and sold in the U.S. alone.

Additionally, that's not far off the price of a new Chevrolet Silverado in similar spec. Maybe that'd be the route to take for a future investment piece if this pickup does, in fact, sell for the asking price.

If this particular example's Americana-influenced retro styling and overall wow-factor are enough for you to drop seven times what the truck sold for to its original owners, then hey. Go for it. But it's possible that this one may be sitting on the showroom floor for quite a while.