30 Million Americans Might Go Electric for Their Next Car, Poll Says

That means approximately one in seven Americans will probably be buying an EV as their next vehicle. 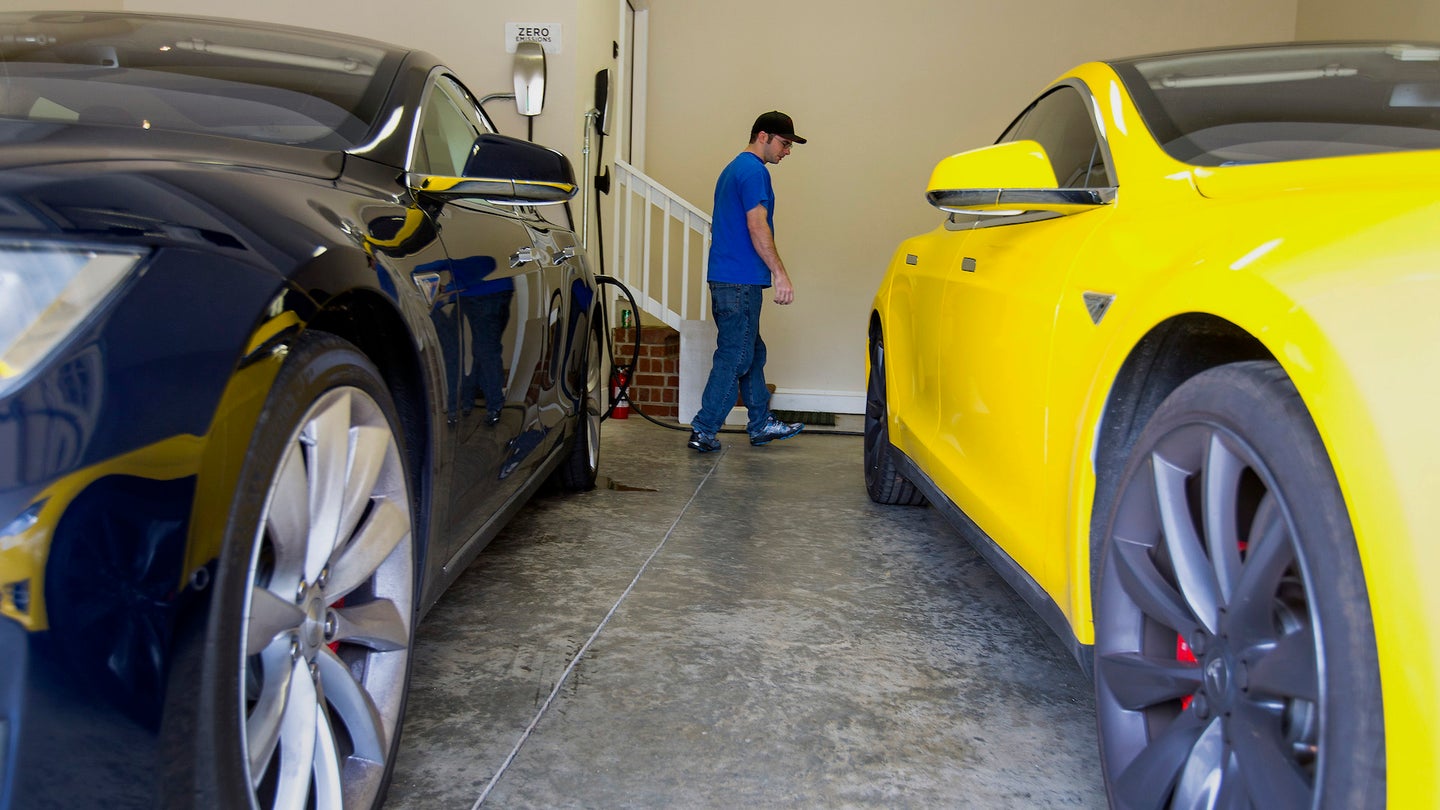 A recent study showed that more than 30 million American consumers will probably choose an electric car as their next vehicle, according to AAA. The choice is likely because the cars generally require less maintenance than common internal-combustion engine cars, and because many electric cars are packed with other futuristic car technology.

The number indicated by the survey—30 million people or more—is equivalent to one out of seven car buyers in America, or about 15 percent of the U.S. car-buying population.

And with millennials, that number increases. According to AAA, one out of five members of Generation Y are interested in an EV as their next car.

“With their lower ownership costs and compatibility with emerging autonomous technologies, electric vehicles are poised to be a key vehicle of the future,” said AAA director of Automotive Engineering, Greg Brannon, in a press release.

Credit where credit's due: Elon Musk and Tesla, according to AAA, have done wonders to help boost the image of electric cars.

“Tesla—a standout in AAA’s evaluations—has helped widen the appeal of electric vehicles by showing they can be stylish, performance-focused and filled with cutting-edge technology," Brannon said.

The survey also showed that 70 percent of car buyers consider fuel economy to be an important thing to weigh when selecting a new car. Following that is safety tech, the brand, design, and then smartphone connectivity.

Ferrari said they’d be strong for this year, but they’ve been saying that since 2015. Seems like they meant it this time.