Tesla Model 3 Is the Most American Vehicle

Honda and Toyota still have the highest number of American-made vehicles. 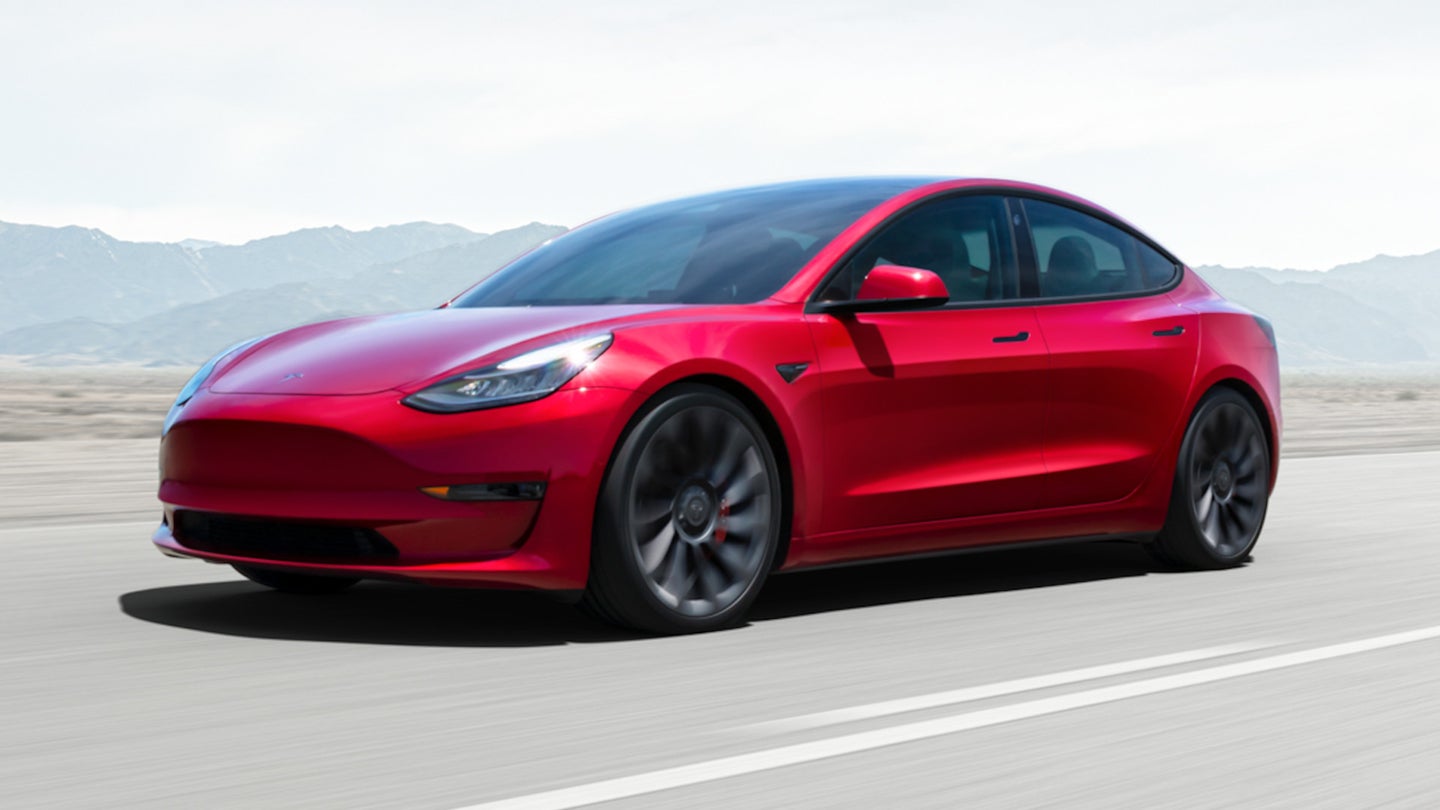 Consumers are loyal to car brands, especially American ones. While many folks believe that buying from an American automaker automatically means that the car is built in the U.S. or with U.S.-made parts, global supply chains and other large-scale production logistics typically mean otherwise. That's where the Cars.com American-Made Index (AMI) comes into play.

The AMI takes into account the assembly location, where the parts are sourced from, U.S. factory employment, engine sourcing, and transmission sourcing in order to rank vehicles based on just how much of an overall impact a particular vehicle model has on American soil.

For 2021, the AMI ranks 90 total vehicles, placing California-based automaker Tesla directly at the top of the list. The Tesla Model 3 is positioned squarely in first place, marking the first time an electric vehicle has reached the number one spot in the AMI's 16-years history. This isn't Tesla's only appearance in the list either—as the similarly-built Model Y came in third place.

There are 344 different car models for sale in the U.S. this year, but only 90 of these models qualify to be ranked on the AMI, namely due to final assembly location, gross vehicle weight, or if a car is too niche due to low production numbers.

At the bottom of the full 90-car list (which you can see here) there are some rather surprising picks. While some foreign automakers like Nissan, Toyota, and Honda have some models in the bottom five, there are a surprising number of domestic brands looming as well. For example, the Chevrolet Silverado 1500 and GMC Sierra 1500 rank 74th and 80th, respectively, while the Ram 1500 Classic is second-to-last in 89th place.

Looking back, the Jeep Cherokee was the most American vehicle in 2019, followed by the Ford Ranger pickup in 2020.

AMI by Brands and Vehicle Type

The two brands with the most models on the AMI are Honda and Toyota, both of which have 10 vehicles each. However, when combining corporate parent brands, General Motors comes out on top with 19 models, followed by Honda with 13 vehicles, Toyota with 12, and Ford with 11.

As for vehicle types, nearly 50 percent of models are crossovers and SUVs. A total of 28 percent are sedans and hatchbacks, and pickup trucks trail with 17 percent.

Buying American Is Important to Some

According to Cars.com's research, the overwhelming majority (72 percent) of American car shoppers say that the economic impact of a vehicle is a deciding factor in their purchase. This number is slightly elevated from 2020, with a third of car buyers surveyed reporting that COVID-19 has increased the likelihood of them buying an American-built car. Interestingly, 29 percent of car buyers surveyed considered it to be "non-patriotic" to buy a non-American-made vehicle.

"The 2021 AMI arrives against a backdrop of scarce inventory amid a microchip shortage and heightened consumer demand," said Kelsey Mays, assistant managing editor at Cars.com. "Despite this, there remains a high consumer focus on buying American-made vehicles as the economy is still emerging from the effects of the pandemic. For those interested in making the biggest impact here, the index gives shoppers a way to purchase the most American-made vehicle."

Just like you’d expect out of a car with this much power and technology, there’s a lot to unpack here.