It’s considerably shorter than stock, but it still rocks that tried-and-true Chevy small-block. 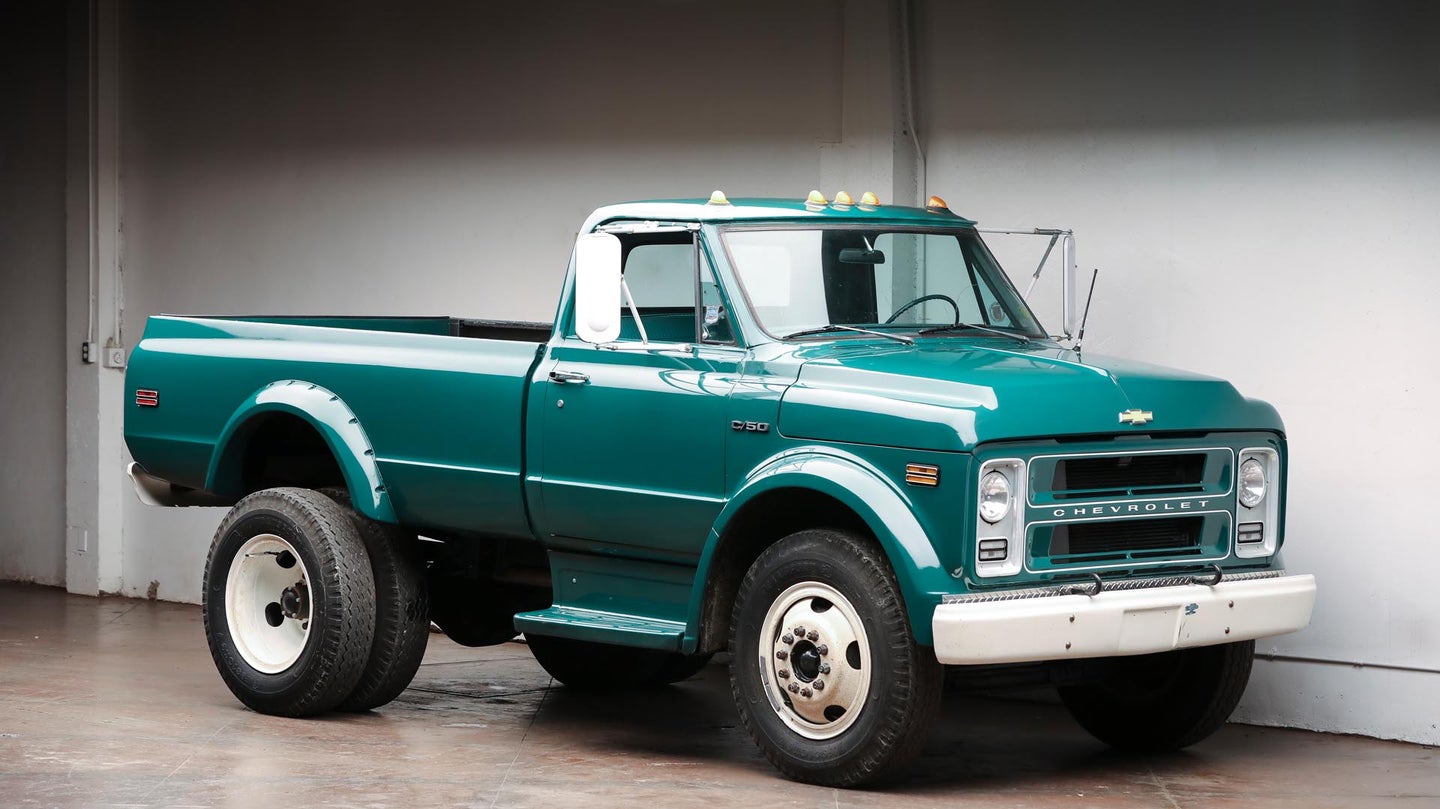 As a proponent for heavy-duty American metal, nothing makes me smile more than commercial-grade trucks from the '60s and '70s. Case and point, this custom 1972 Chevrolet C50. It's got a workhorse attitude that's wrapped in an utterly pretty package, making it the perfect pickup to gain the attention and jealousy of your peers. Better yet, it's already been sorted out and can be bought at the upcoming Worldwide Auctioneers event in Corpus Christi, Texas.

Surely you can tell that this truck's days of driving through brush to retrieve haphazard hunks of metal are gone, but that's not necessarily a con. Its teal paint job was performed as part of a somewhat-recent restoration, along with other modifications like significant frame shortening. The builder supposedly cut five feet of frame ahead of the rear wheels, as well as five feet behind, allowing the Chevy to run a standard-width eight-foot bed. Done mainly for the sake of aesthetics, the C50 now boasts a far more compact wheelbase that also helps drivability.

A refreshed 350-cubic-inch V8 provides the needed grunt to turn the two-speed, dually rear axle which, combined with the four-speed transmission, provides a total of eight forward gears. The powertrain has been recently serviced, as has the entire brake system, ensuring that everything's in tip-top shape. According to the listing, over 30,000 miles have been put on the Chevy since its extensive restoration. A garage queen, this ain't.

Inside, you'll find an identically hued cabin that's said to be all-original. A vinyl bench seat means room for three, although the middle passenger will have to get friendly with the driver when it's time to shift. Total mileage on the C50 is unknown, but the odometer currently reads 30,435.

The '72 Chevy is being offered without reserve and will cross the stage on Saturday, Oct. 5.

If it can carry the weight of an entire nation, it can probably carry whatever you have in your garage.

We’re as big a fan of old-school Americana as the next guy, but this seems out of bounds.