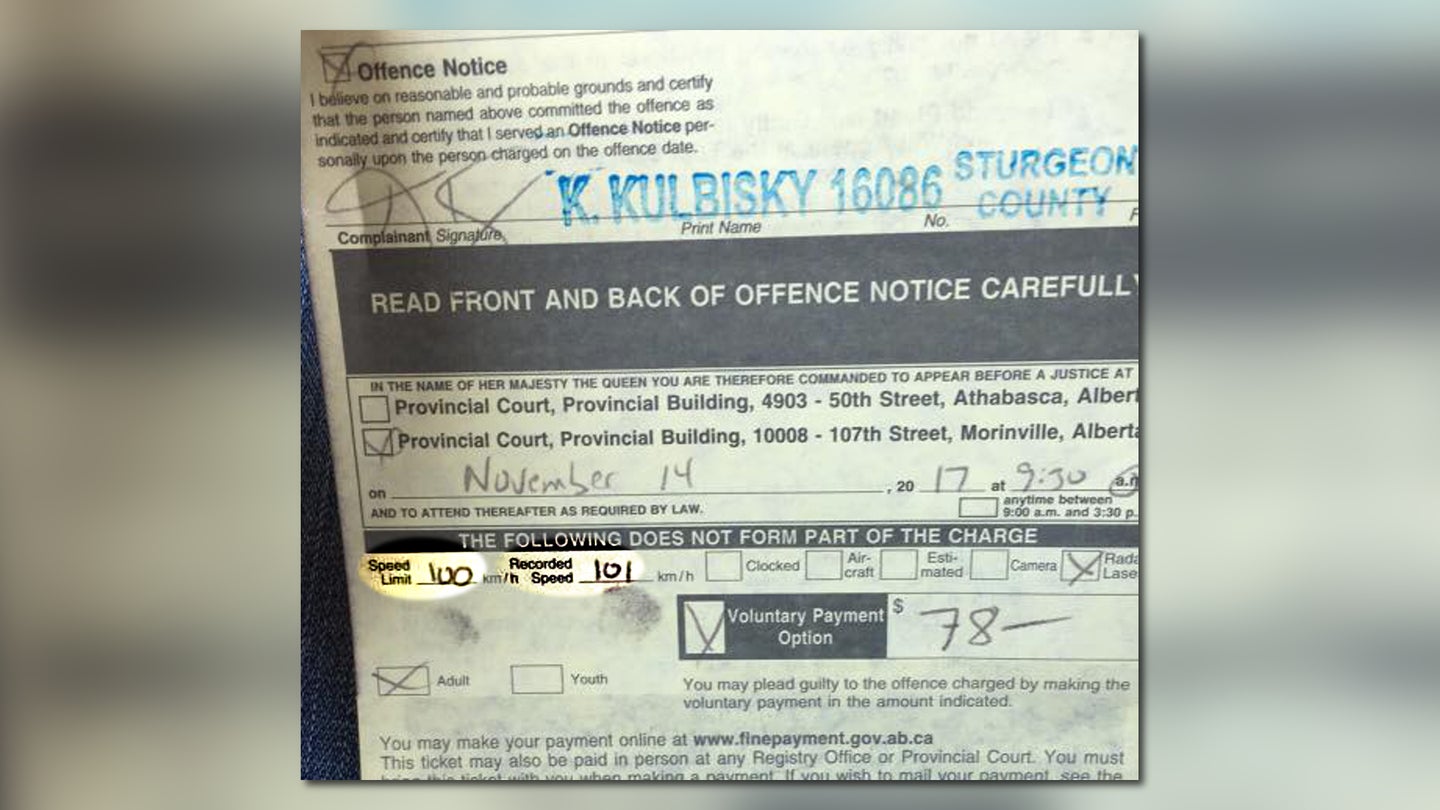 We've all seen the bottlenecks that can form when no one feels brave enough to pass a police officer, even if they're going under the speed limit. What's the worst that can happen? Well, the officer you pass could feel slighted, pull you over, and write you a bum speeding ticket for allegedly going 1 KPH (that's 0.62 MPH, my fellow Americans) over the limit. That's the case for one man in Canada, whose story was picked up by CTV News.

Mathieu Gagne was driving his Jeep Cherokee in Sturgeon County, a semi-rural area north of Edmonton in Alberta, Canada on Friday when he came upon the slow-moving officer. After hanging back for a bit and realizing the cop was driving well under the posted limit, Gagne moved to pass safely at the next legal passing zone on the two-lane road.

In the immortal words of clickbait headlines everywhere, what happened next will shock you. The officer flashed his lights and pulled Gagne over, telling him that it was "disrespectful" to pass him like that and writing him a $78 CAD ($64 USD) speeding ticket for traveling 101 kph in a 100 kph zone. As Gagne points out to CTV News, the message ticket is more than a mere inconvenience—it goes on his record.

Or at least, it would, had his girlfriend not caused a social media stir by posting a picture of the ticket and a brief angry rant on Facebook over the weekend. According to her post, county officials later reached out and officially rescinded the ticket, and CTV News confirmed the case was thrown out because the officer admitted to "estimating" Gagne's speed without the use of a radar gun. The officer reportedly won't be punished.

So Gagne's record is clear, and we've got a new reason not to pass a police officer. Let's call it a wash.