Miraculously, no one died as a result of the massive collision. 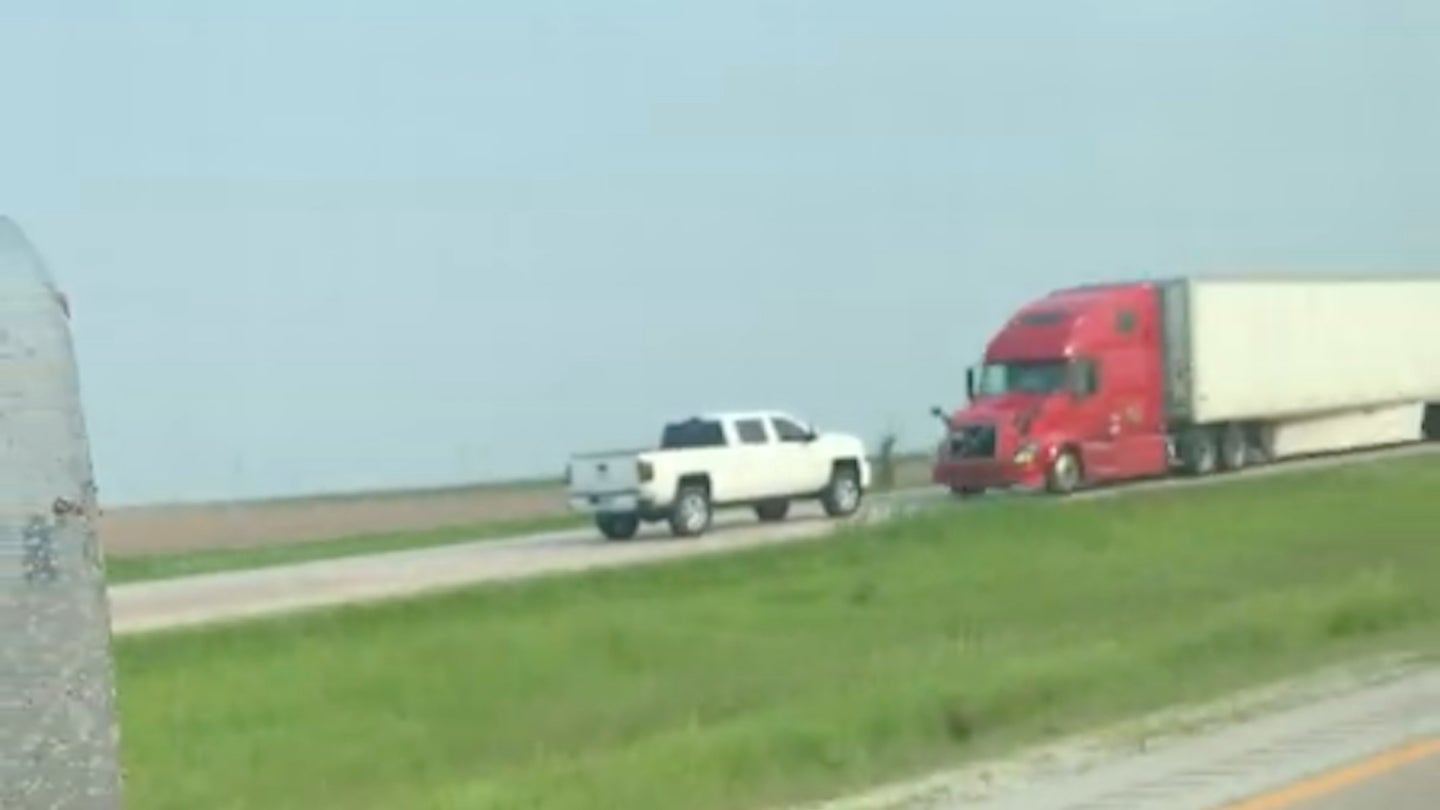 Onlookers watched through the cameras of their smartphones in horror as a drunk driver sped down the wrong side of the highway at the wheel of his Chevrolet Silverado before colliding head-on with a semi-truck.

According to Dispatch-Argus, the driver of the pickup truck was identified by authorities as 24-year-old Tyler N. Vanalsburg of Bettendorf, Iowa. Around 8:20 a.m. on Saturday, June 1, Vanalsburg was filmed driving westbound on the eastbound half of the divided Interstate 74 in Illinois, somewhere around mile marker 20. As captured in the video below, Vanalsburg plowed into a Volvo semi traveling the correct direction. Both drivers seemingly tried to take evasive action, but to no avail; both trucks took serious damage in the ensuing collision.

The damaged Volvo semi reportedly coasted into the Interstate's median before bursting into flames, forcing a two-hour closure of the road. Vanalsburg's truck, despite being totaled by the impact, protected him, meaning that both he and the unnamed driver of the semi—surprisingly—took only minor injuries. Both were hospitalized, but Vanalsburg was charged on the spot with driving under the influence and driving the wrong way down the interstate. He will face trial, though his charges have not yet been announced.

Wrong-way driver incidents have a sadly common tendency to result in fatal crashes, but Vanalsburg should consider himself fortunate to survive to face trial. Modern vehicles have been made safe to protect people from collisions like the one Vanalsburg allegedly caused, and though he is expected to walk away with a criminal record, nobody who saw the crash would have expected him to escape with his life.

Buyers no longer have to spring for premium trim levels in order to get Ford’s 3.0-liter Power Stroke diesel as it’s now available in XLT variants.