Pucker factor was, reportedly, off the charts. 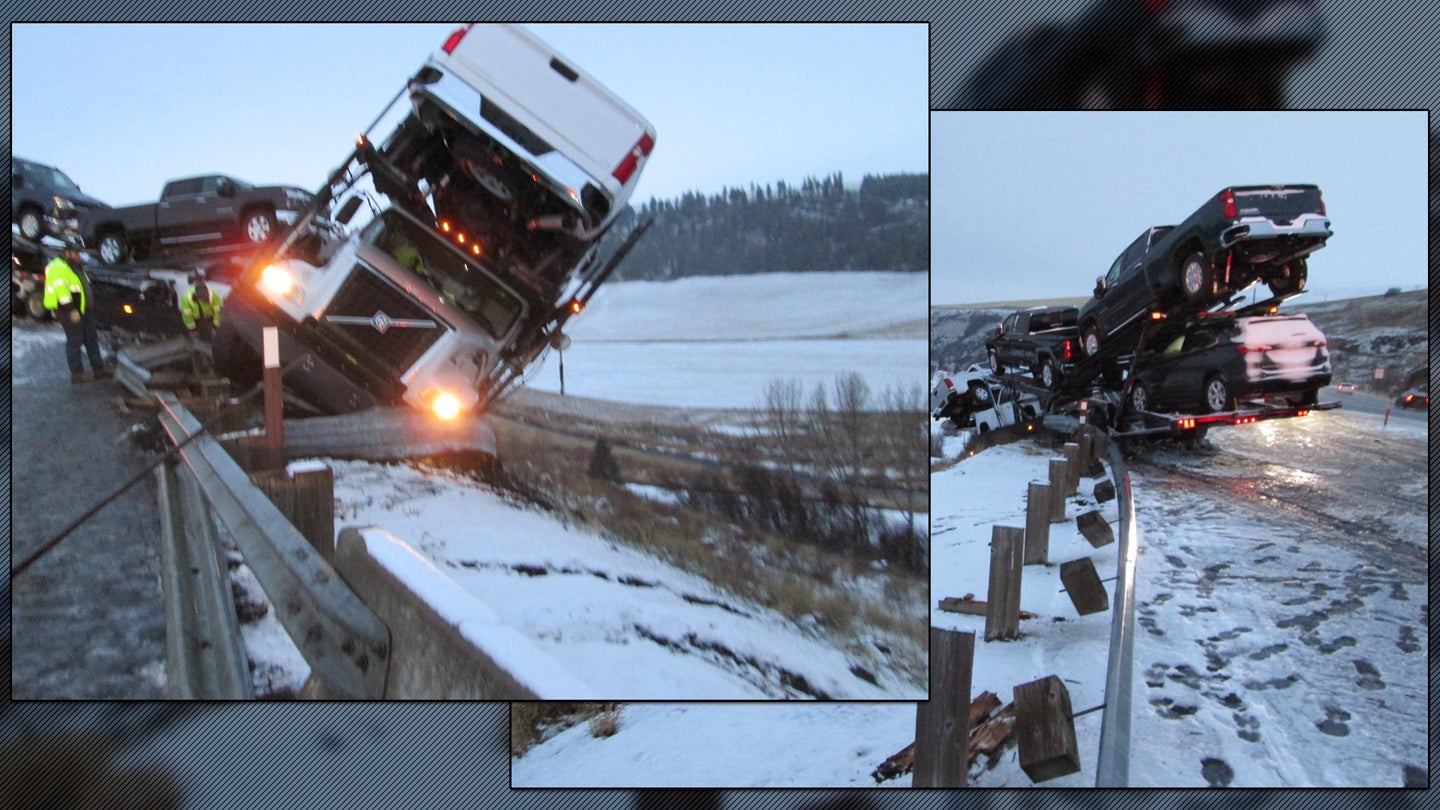 As winter approaches, many drivers in northern states are dreading the impending slick and slippery driving conditions brought by snow and ice. Of course, that means we will soon start to see a number of accidents and crashes, some more bizarre than others. One truck carrying a load of General Motors pickups and SUVs in Whitman County, Washington has already kicked off the season with a scene that was straight out of a movie.

Following a moderate storm on Wednesday that accumulated two inches of snow on the roadways, the Washington State Patrol responded to an incident north of Colfax involving a semi-truck. When officers arrived, they found the car hauler hanging off the side of a cliff.

According to reports from local news, the truck slid off the roadway and continued towards nearby Buck Canyon, struggling to come to a complete stop. Fortunately, the guard rails at the top of the mountain were caught the truck and prevented it from careening off the side. No injuries were reported along with the crash, though we suspect the driver may have nearly had a heart attack.

The truck appeared to be hauling a total of six vehicles: four Chevrolet Silverado pickups, a Chevy Colorado, and a Chevy Blazer. While it's difficult to make out from the photos, it appears that the vehicles were saved from any substantial harm during the collision. That's quite the savings considering the MSRP of the vehicles on-board total up to more than $201,000.

It's not clear if the vehicles will have to be reported to insurance for being involved in a collision despite having no apparent damage, or how that might affect the selling price once they reach a dealer lot.

Police from around the state reminded drivers to be vigilant and pay attention to road conditions, especially as snow and ice begin to become common sights over the next several months.