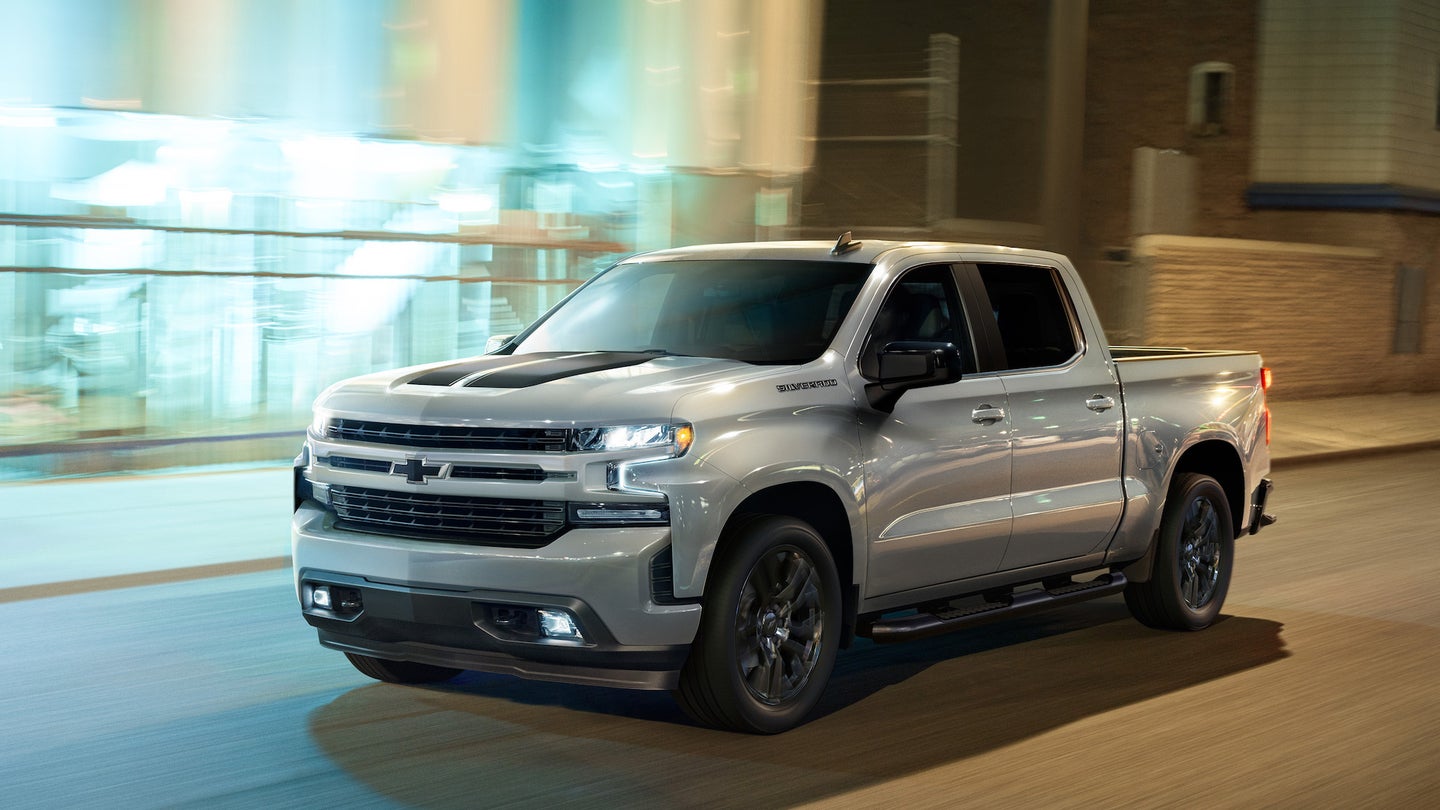 There are several automotive segments where relatively small engines with turbochargers are thought of as cool and cutting-edge, but the pickup truck segment isn't one of them. Automakers know that—and they'll do whatever's necessary to promote their products without mentioning the forbidden four-letter word: four-cylinder. Don't believe us? Head to Chevrolet.com, explore the Silverado's marketing materials, and tell us how many times you read the word "four-cylinder." That's right, zero. Chevy's new 2.7-liter truck engine may be powerful and fuel-efficient, but the Bowtie knows that truck buyers will melt vampire-style at the thought of a four-banger.

Brought up to our attention by GM Authority, Chevrolet's 2.7-liter turbocharged four-cylinder engine is mentioned by its code name of "L3B" online instead of 2.7L Four-Cyl, 4-Cyl, or something along those lines. For example, the other engines for the 1500 Silverado and Sierra are clearly labeled as "4.3L V6" and "5.3L V8" on their respective websites. In other sections of the site, such as the configurator or performance areas, the engine is simply referred to as the "2.7L Turbo," once again omitting its bad-for-business four-cylinder nature.

As hilarious as all of this is, the automaker's strategy is understandable. After all, four-cylinder engines have always been thought of as wimpy and worthy only of the cheapest of econoboxes, not freedom-loving 'Murican trucks. However, this paranoia is mostly idiotic when you compare the modern four-cylinder engine's capabilities against those of its larger predecessors. Back in the day, Silverados with the Vortec 5300 V8 engine managed no more than 310 horsepower, which the L3B most definitely matches while beating the V8's torque rating with a healthy 348 pound-feet at just 1,500 rpm.

On top of the performance specs, the four-cylinder Silverado delivers considerably better fuel economy than the 5.3-liter model of yore, which delivered no better than 16 mpg in the city and 20 mpg highway, versus the 2.7's 20 mpg city and 23 highway (which GM insists are conservative numbers).

Perhaps Chevrolet will eventually realize that by hiding behind a facade of L3Bs and 2.7L Turbos, it's only hurting its own efforts of modernizing truck buyers. After all, creating a powerful and efficient turbo-four is nothing to be ashamed of.