Become one with your surroundings. 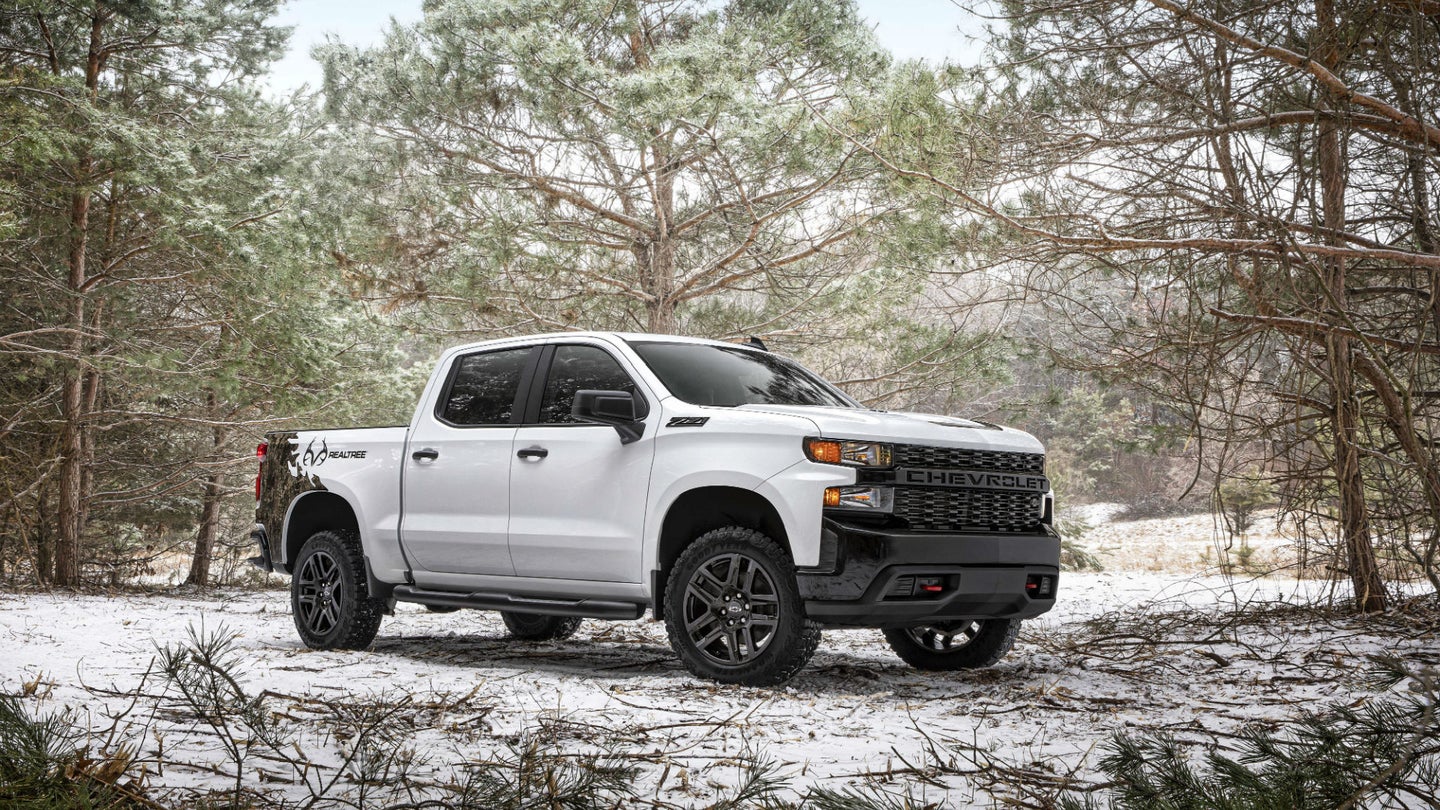 Outdoorsmen are perhaps the most faithful pickup truck buyers of all, and Chevrolet knows that. To scratch the itch of off-roaders with a knack for hunting and fishing, the automaker has unveiled the 2021 Silverado Realtree Edition—a special appearance package that's built upon the four-wheeling Custom Trail Boss trim.

Chevy's partnership with the camouflage brand first came about with the 2016 Silverado Realtree Edition; but now, they're reviving the upgrade for the half-ton pickup's fourth generation. With it comes a splash of camo graphics on the Silverado's bed as well as its hood, helping the truck to stand out in a parking lot but blend right into the backwoods. The theme carries over to the interior where components like the door handle grabs have also been adorned with cutting-edge camo.

You'll even find the Realtree logo worked into the Silverado's durable bedliner.

A 5.3-liter V8 engine is standard on Realtree Edition Silverados, although customers can also spring for the muscular 6.2-liter power plant. The latter produces a healthy 420 horsepower and 460 pound-feet of torque, giving plenty of oomph to get in and out of tough situations when hitting the trail. Buyers who choose the 6.2-liter will also get Chevy's 10-speed automatic transmission, while those who stick with the 5.3-liter will have a six-speed gearbox.

Somewhat disappointingly, it doesn't look like the fuel-sipping 3.0-liter Duramax diesel inline-six will be available since it can only be fitted on Silverado LT and higher trims.

Chevy is yet to announce pricing for the Silverado Realtree Edition, but it's reasonable to expect an extra surcharge of around $2,000. Pricing for the 2021 Custom Trail Boss trim in crew cab, short bed configuration starts at $44,890.