The comeback of the popular nameplate has sparked huge initial sales, so Ford needs more trucks. 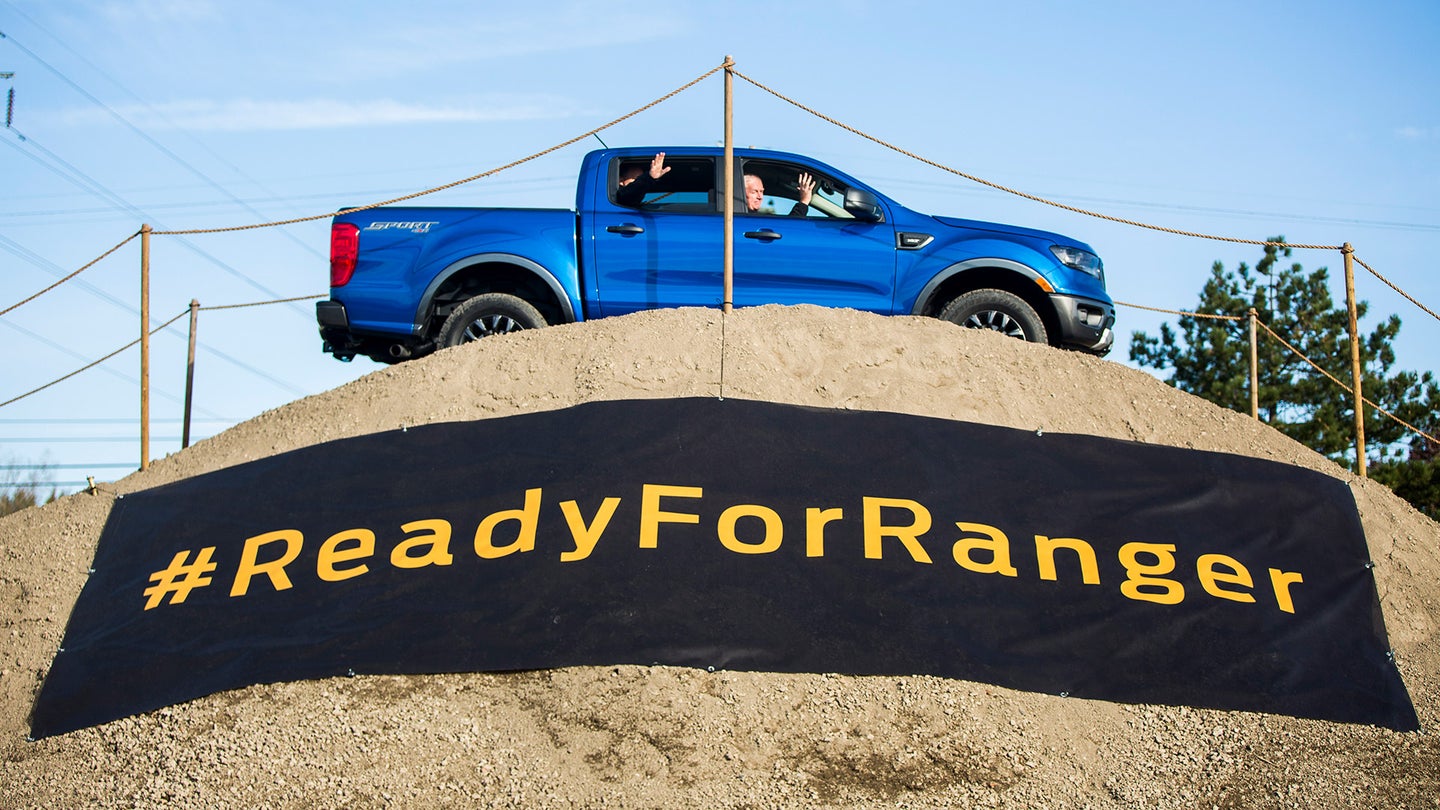 The new 2019 Ford Ranger is hitting dealerships now, and demand for the truck is high. It's so high, in fact, that Ford is ordering overtime at the Michigan Assembly Plant in Wayne to help meet that demand.

Speaking with reporters Wednesday, Kumar Galhorta, president of Ford North America said that starting in February the plant "will be going into massive overtime." This is based on strong initial demand and people who have expressed interest in purchasing one at a dealership.

Galhorta also said that 300,000 people have indicated their plans of purchasing one of the new midsize trucks. Currently, the Ranger is built during one shift at the plant in Wayne, Michigan that used to build the Ford Focus and C-Max. Galhorta is also expecting first-month sales of the new Ranger to be around 1,200 units.

It's not surprising that people would be interested in the new Ranger. It's been out of production since 2011 in the United States and according to Automotive News, Ranger sales routinely topped 300,000 a year when the segment was popular. Declining demand caused the company to leave the segment, but an uptick in mid-size truck sales meant it was time for Ford to get back in the game.

Early reviews of the new truck seem to be positive, with praise being heaped on the 2.3-liter EcoBoost engine and the 10-speed automatic transmission. That praise, combined with pent up demand for a smaller truck from Ford, seems to be driving initial sales. It's good news for both the plant and the company.

The competition is fierce in this segment, though, and we're seeing a new Toyota Tacoma next week at the Chicago Auto Show. Together with the Chevrolet Colorado, it'll be an interesting battle to watch.

This obscure fiberglass step-side bed might be one of five prototypes made by Ford in the ’80s.

Can You Spot All 10 Monsters Hidden in These 2019 Ford Ranger Pictures?

It’s like “Where’s Waldo,” if Waldo were a Sasquatch.