We’ll see the rest of the new Taco next week, but Toyota is giving us a taste now. 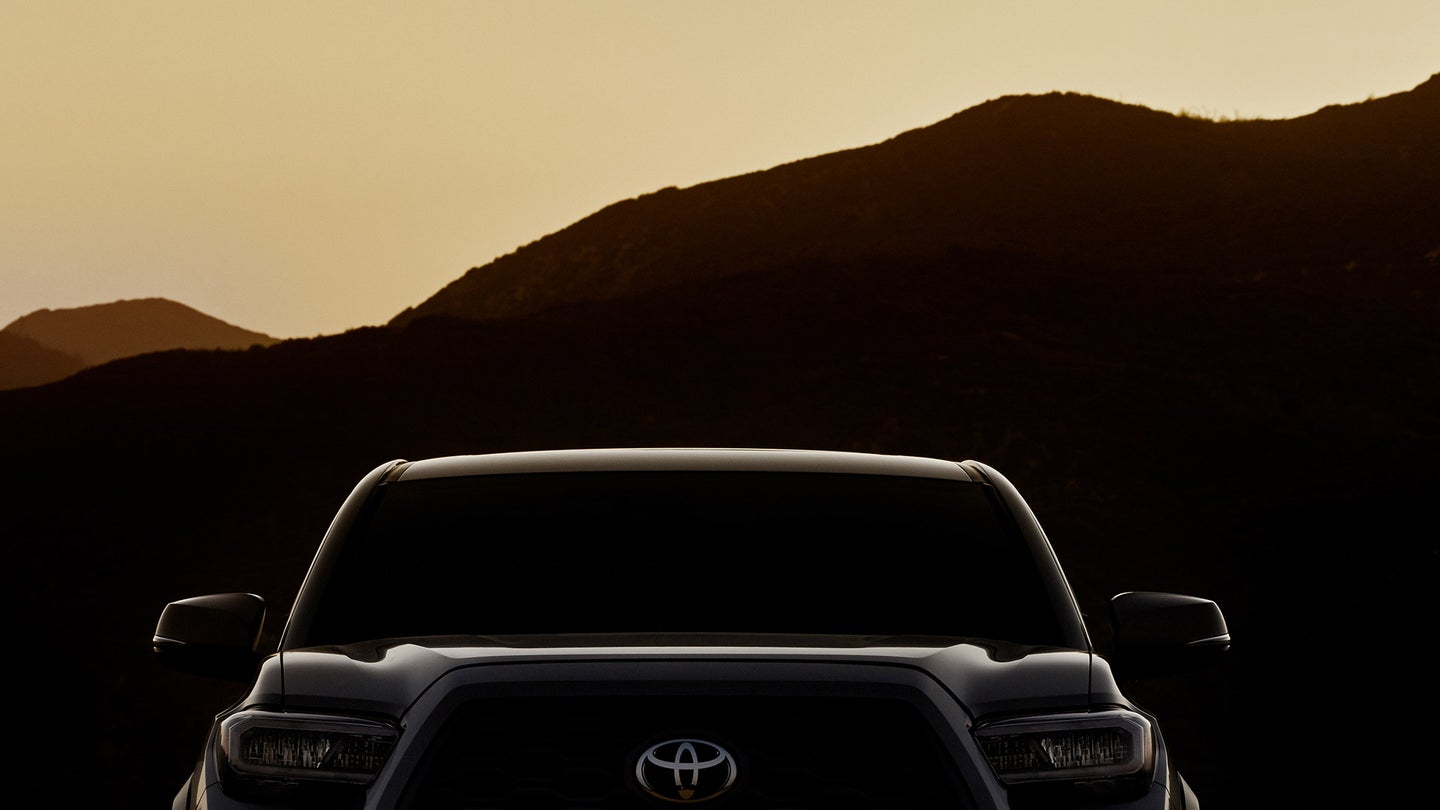 The 2019 Chicago Auto Show looks to be shaping up as a bit of a truck-fest, and Toyota is making sure it's in on the fun with an updated Toyota Tacoma. Ahead of the show, the Japanese auto giant dropped us a teaser of what it looks like.

Being a teaser image, there isn't much we can really decipher from this Tacoma, other than the truck has headlights (thank goodness) that are a squared-off shape. Do they hide LED lights instead of halogen? Most likely, which would be a welcome addition because the stock headlights are quite dim at night compared to some other offerings.

It's not that Toyota needs to update the Tacoma. It had no problems being the midsize truck sales leader last year like it has been for seemingly ever, with little-to-no advertising. It's a sales juggernaut and a prime example of how once buyers find a product they like, they stick to it.

What else should we expect from this new Taco? Toyota Safety Sense is already standard on every version of the truck currently sold and it includes a suite of safety features including autonomous emergency braking and adaptive cruise control. That'll likely carry over to the new model because Toyota's commitment to safety means the company is putting it in everything, and it's still a competitive advantage over Ford and Chevrolet.

Additionally, expect to see an updated interior with a more advanced infotainment system. Maybe we'll even have support for Apple Car Play? Hell, Michigan is currently frozen over so anything is possible.

What we'd like to see? An updated powertrain offering with a bit more power to keep up with the peach of an engine that's in the new Ranger. A better driving position wouldn't hurt, even if that hasn't hampered sales. It'd also be fantastic to see the return of the TRD Pro Tacoma. Maybe even using Fox Racing's new Live Valve shocks like on the Raptor? That'd be an interesting surprise.