Using its best football puns, a tweet by Ram Trucks indicates it has something to combat GMC’s fancy six-way tailgate. 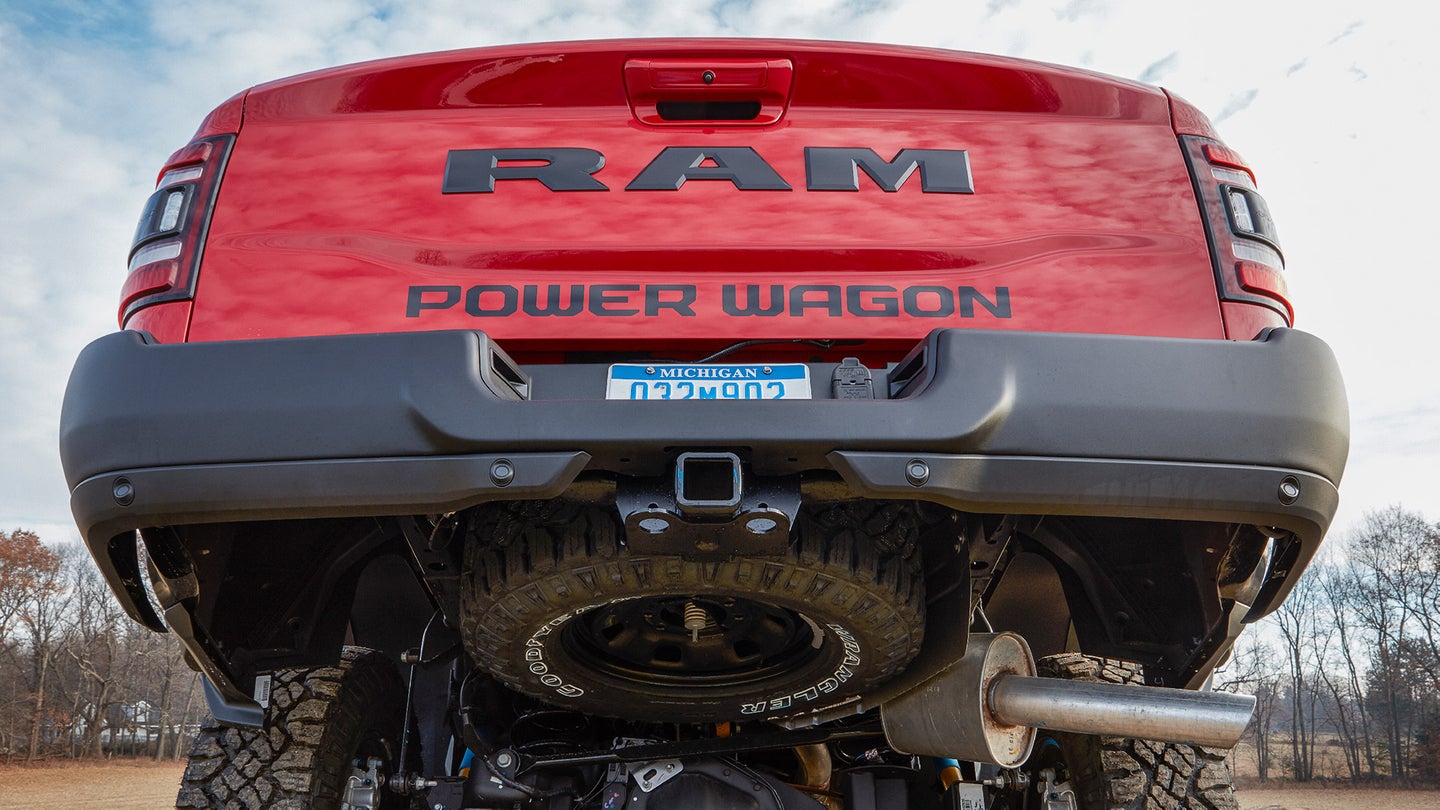 The 2019 Chicago Auto Show is coming up, and we're expecting a variety of pickup truck news at the nation's largest auto show—including an updated Ford Super Duty and a new version of the Toyota Tacoma. It appears that Ram Trucks will also have an announcement, and it's something that we've been waiting for a while: a new tailgate.

In a tweet directed at GMC talking about its clever MultiPro tailgate, Ram's social media team replied with a football reference—it's Super Bowl weekend, after all—and the date of Feb. 7, 2019, which happens to be the first media-only day of the Chicago Auto Show.

Way back before the 2019 Ram 1500 was revealed, we had spy shots of a new truck with a funky-looking tailgate. A patent application uncovered showed a split liftgate for Ram, but it was never officially announced when the new truck went on sale, and some of us just assumed Ram was patenting something to protect the idea without actually bringing it to market.

Maybe that was even the case, but upon seeing the hype around GMC's tailgate tweet we're thinking Ram is up to something. At this point, this is all just rumor and speculation, but calling out GMC on its origami tailgate with an announcement of news at the upcoming auto show seems like a strong indicator that there might be a clever new gate making its way to the North American Truck of the Year.

If ‘Walker Texas Ranger’ made a comeback, this is exactly what he would drive.

For those who might want a more subtle look on their new Ram HD, this is just the solution they’re looking for.