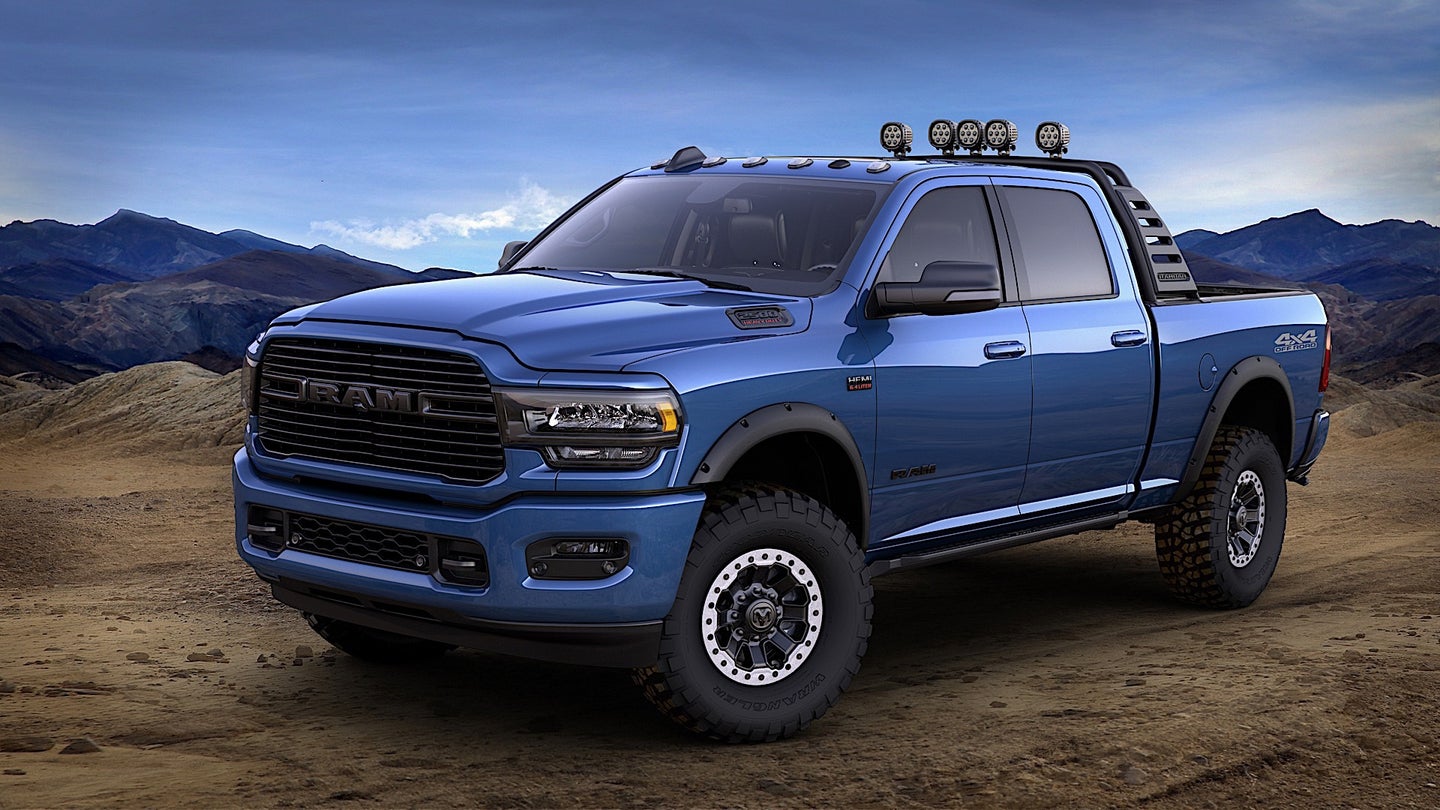 People who customize their rides will look to the manufacturer for parts and ideas. If you own a FCA vehicle, that means Mopar. The brand offers a full lineup of all sorts of goodies—everything from floor mats to Hellcats—for your vehicle. To show off some goodies for the new Ram Heavy Duty, FCA’s in-house tuning arm is showing off an accessorized 2019 Ram 2500 at the Chicago Auto Show.

The Mopar-modified truck has more than 170 products on it, including a Ram Bar, LED off-road lights, and a clever bed step. All of those are available to order. But the truck doesn't stop there, since it has some conceptual components on it, too. Those include beadlock wheels, off-road rock rails, and a spare tire carrier.

Those last bits, while concepts now, would look absolutely killer on a production truck. They're similar, actually, to the parts we saw on the badass Ram Rebel TRX concept a few years back; a truck that Ram has said is going to put into production.

“The Mopar-modified Ram 2500 Heavy Duty on display at the Chicago Auto Show is the latest example of our commitment to offering owners a full product line to choose from right at launch of FCA US LLC vehicles,” said Steve Beahm, FCA head of parts and service and passenger car brands. “Whether it’s for the trail, the street, or the worksite, Mopar will have more than 170 parts and accessories that provide a path to enhanced capability for the new 2019 Ram Heavy Duty.”

Going with Mopar means you're getting OEM-grade aftermarket parts. Since they're both under the same umbrella, Ram and Mopar spent tens of thousands of hours developing these products. Mopar also has access to factory-exclusive data—stuff other that aftermarket companies would kill to have—to ensure quality components. Also, these parts can be ordered from the dealer (not the concept parts, obviously) and rolled right into your vehicle financing.

The majority of the Mopar accessories are available at launch of the 2019 Heavy Duty, which will be a little bit later this year.