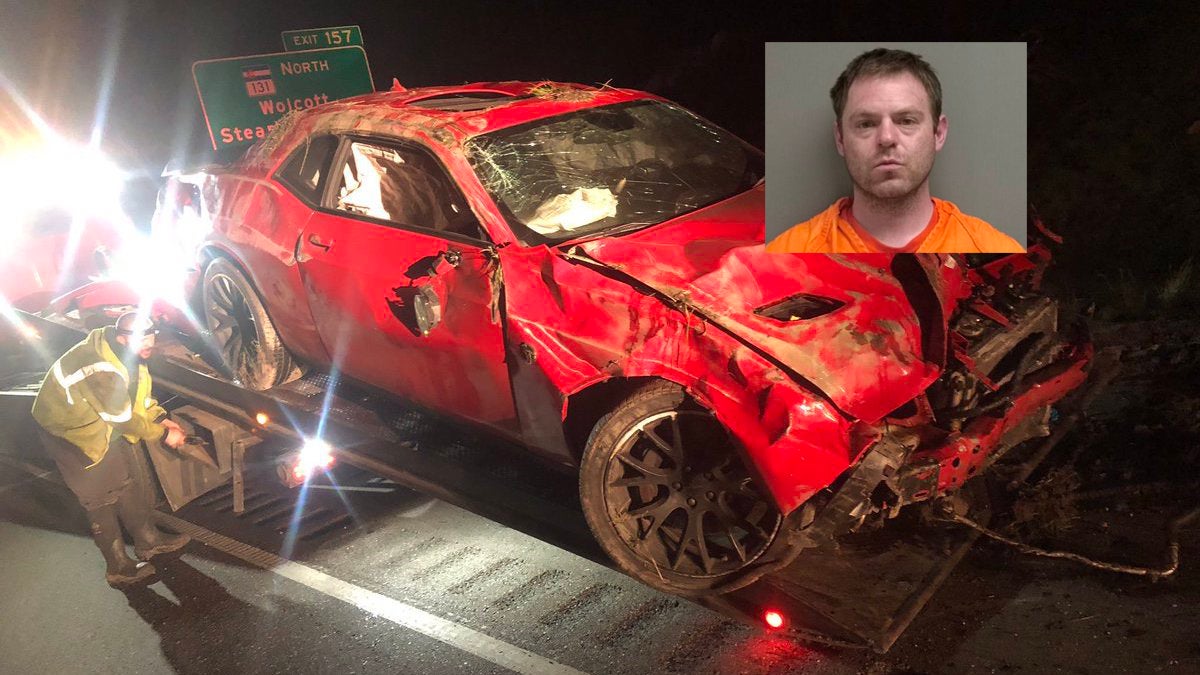 The driver of a Dodge Challenger Hellcat has been arrested after trying and failing to outrun police, wrecking his precious muscle car in the process.

According to the Colorado State Patrol (CSP), law enforcement received calls around 8:15 p.m. on Tuesday reporting dangerous driving by the driver of a Challenger Hellcat. Callers said the car was blitzing through traffic at high speed on westbound Interstate 70, somewhere around mile marker 213.

Troopers weren't able to find the car when they responded, but minutes later, new calls came in, this time reporting that the Dodge was tearing down Vail Pass. Police forces along the length of I-70 were informed of the situation, but intercept attempts failed until a CSP Trooper finally caught the car near Edwards, Colorado, around mile marker 160. When the Hellcat driver realized the fuzz was on their tail, the Trooper says he accelerated to more than 130 miles per hour, and circumvented worsening traffic by taking the interstate's shoulder.

Worsening pursuit conditions forced the Trooper to call off the chase, but law enforcement received a call shortly thereafter from an off-duty officer reporting a rollover crash around mile marker 157. It was the Dodge, whose driver had lost control entering a slow corner, rolling the car into the eastbound side of the road. The accident was so severe that the CSP closed eastbound I-70 for an hour to clean up the incident, though the car's driver, 31-year-old Rafael Cotlear of Maryland, survived with minor injuries.

After being checked in at a local hospital, Cotlear was arrested on a series of charges related to his driving, damage to infrastructure, lacking proof of insurance, and even accusations that he was driving under the influence of drugs. Cotlear was transferred to the Eagle County Detention Center, where he was kept on a $1,000 bond.

Two wrongs don’t make a right, especially when it comes to gun violence.