Just because a vehicle still needs a human keeping tabs on it doesn’t mean the human has to be in the car. 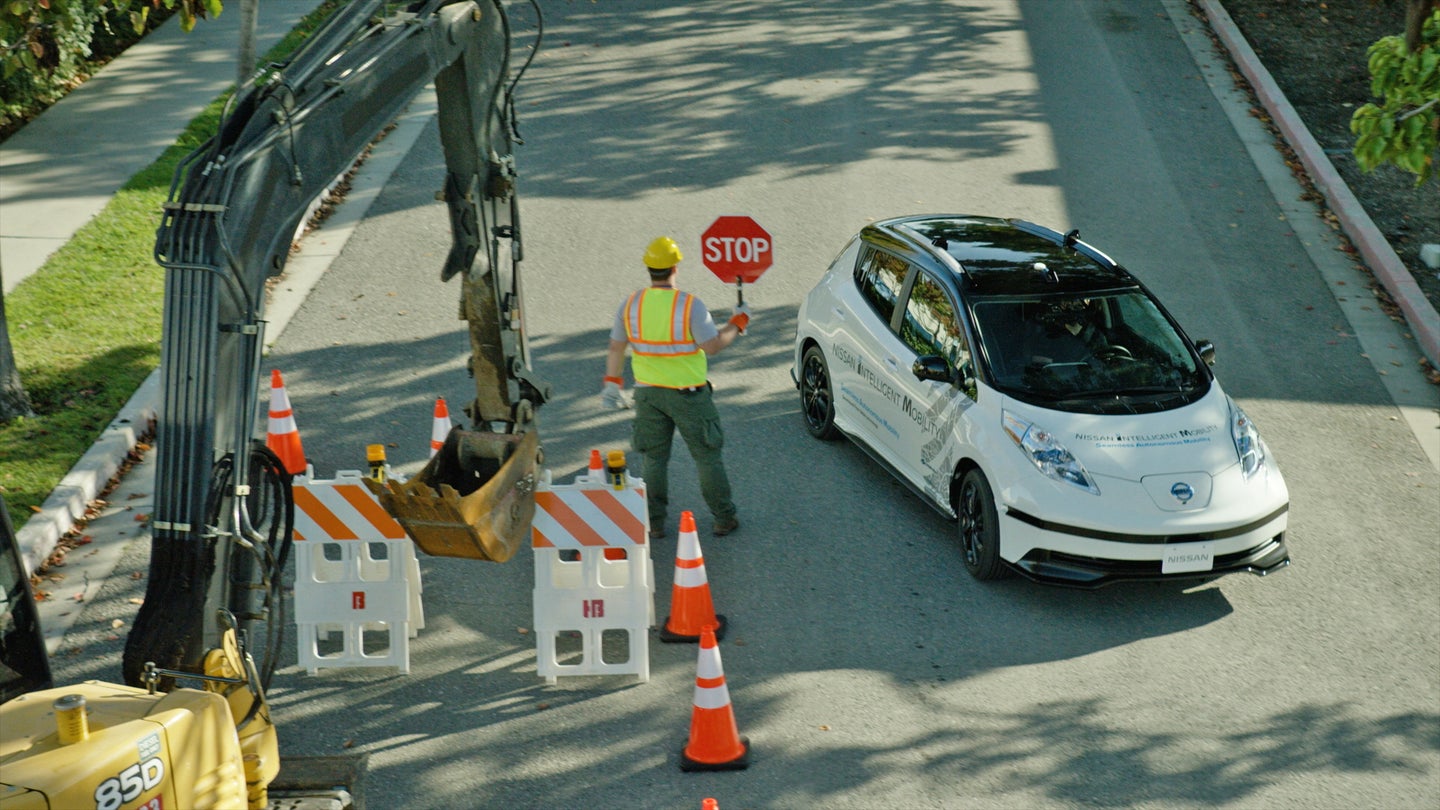 No matter what the Silicon Valley visionaries say, it's going to be a long time until self-driving cars are capable enough to handle everything the world throws at them. Until that day comes, human beings will retain responsibility for watching over the vehicles to make sure the car still functions when the autonomous functionality throws up its virtual hands in confusion. But while many carmakers are planning on placing that job at the feet of the person behind the driver's seat, Nissan has a different idea: Hand the problem off to observers elsewhere, who can tell the car what to do.

Nissan originally discussed its idea to have a human operator remotely keeping tabs on self-driving vehicles early this year at the Consumer Electronics Show in Las Vegas. Back then, the carmaker described its idea as something more akin to the way NASA would control rovers on distant planets. In actuality, though, the carmaker says it'll be more like the system used to coordinate the complex dance of private aircraft across the civilized world.

"These are like air traffic controllers, they facilitate the flow, rather than control the vehicle remotely with a joystick," Nissan Research Center director Maarten Sierhuis told Autocar.

Conducting self-driving cars in such a manner, he said, then allows the inputted action to be passed along to every other self-driving car on the road through the cloud, thus allowing them to handle similar problems without requesting human help.

The system is not just vaporware, either. Nissan is already reportedly testing the Seamless Autonomous Mobility system, as it calls the ATC-style setup, on the streets of California. So if you happen to be driving through L.A. and wind up stuck behind a Leaf equipped with autonomous driving sensors seemingly trying to make up its mind as to how it gets around an obstacle...you're just seeing the future coming together.