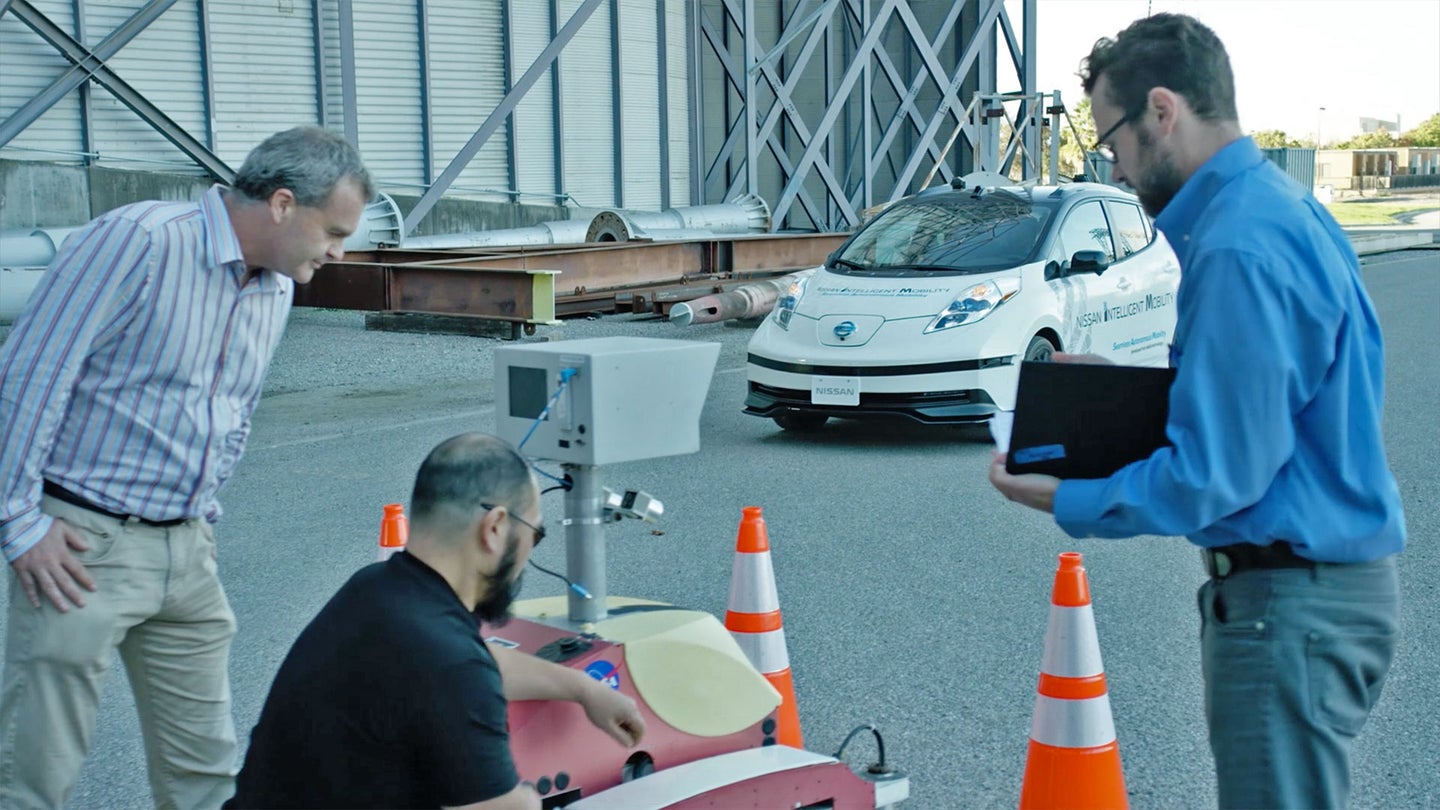 Nissan is bringing a little bit of the space-travel world to the automotive industry. The Japanese automaker announced Thursday that it is using technology originally developed by NASA for Mars rovers to oversee fleets of self-driving cars, in a bid to make autonomous vehicles safer—and put them on the road more quickly.

Nissan is using Seamless Autonomous Mobility (a.k.a. SAM) technology to take charge of self-driving cars in situations where the car's computers are unable to determine how to deal with an obstacle or hazard the vehicle encounters while driving itself. When such a situation arises, it alerts a human in a remote location to look at the data and images from the car's autonomous hardware and figure out the best way to deal with whatever issue might be at hand. Basically, it's an additional set of eyes and an on-demand human brain for those circumstances when the car realizes something isn't completely right.

The system is designed not only to handle sticky situations, but to help Nissan's autonomous cars get better at their jobs. Every time a human has to remotely step in, his or her choice is recorded and logged so it can be learned by that car—and other vehicles using the same technology.

The SAM technology is derived from NASA's Visual Environment for Remote Virtual Exploration (VERVE). VERVE was used by the agency to oversee robots like the Mars rovers and help them navigate foreign lands millions of miles from home.

SAM tech could potentially help roll out autonomous quicker, because motorists and manufacturers wouldn't have to entirely rely on cars to make their own decisions. Nissan says this new tech adaptation could be especially useful for autonomous taxi or commercial delivery service fleets.

Hey, it isn't strapping rocket boosters to a Nissan GT-R, but the idea of autonomous cars having humans available on demand to make the calls machines aren't yet ready to handle is still one cool idea.