Not a great way to get that five-star rating, pal. 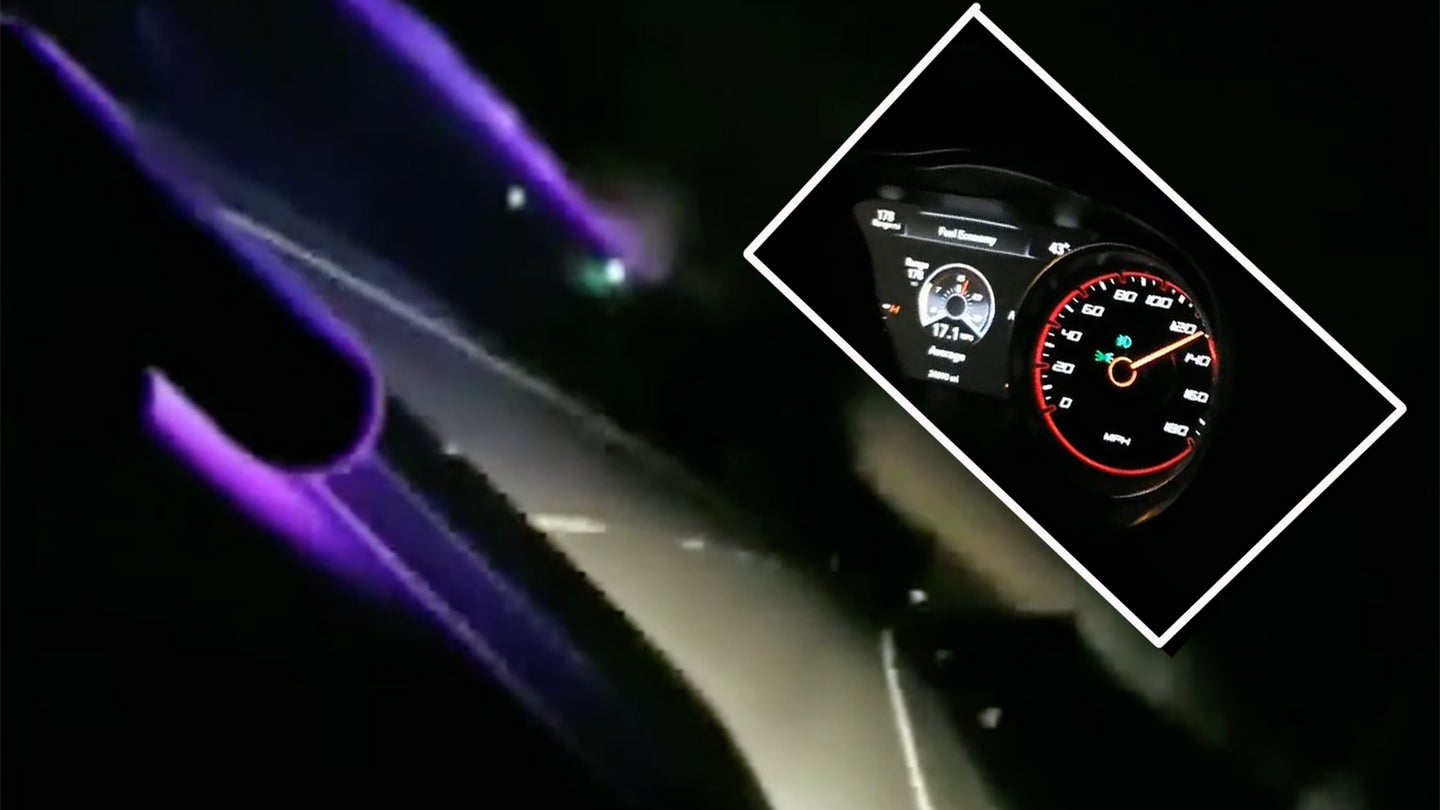 No doubt almost anyone who uses taxis, Uber, or Lyft has, upon occasion, wished their driver would just speed up a little. Apparently, we all just needed to wait until Lyft driver Michael Cranford Jr. of Charlotte, North Carolina picked us up. According to authorities, Cranford hit speeds of more than 120 miles per hour while driving a passenger in Union County, N.C. on Saturday night—and didn't even slow down after blowing past a cop.

Better yet for the Internet—albeit worse for the Lyft driver—the high-speed blast was caught on video.

"I just heard his engine rev up and then, that's when I pulled out my camera," the passenger, who wanted to stay anonymous, said to WSOC-TV.

According to the rider's account, the Lyft trip started out innocuously enough, with he and Cranford chatting about the driver's Dodge Charger SRT. (Based upon the video footage of the instrument panel, we at The Drive are guessing it was a pre-facelift LD-generation SRT8, but if any eagle-eyed readers can offer a correction, please do.) The driver then began showing off what the V8-powered sedan was capable of, blasting well above the area's 55-mph speed limit.

According to the pursuing trooper, Cranford's Charger proceeded to bob and weave through traffic, going so far as to pass on a double-yellow line. The officer said he tried to keep up with the Hemi-powered sport sedan, but couldn't.

Cranford apparently didn't know that, however, because according to the passenger, the Lyft driver ducked behind a house and doused the lights.

"He straight up told me, ‘You're going to Charlotte with me,’" the passenger said.

Said passenger wasn't having any of that, however. He reportedly told the driver to drop him off at a gas station, at which point he called the police. Authorities were quickly able to track down Cranford, who was charged with speeding and reckless driving. Court records checked by WSOC-TV revealed the Dodge driver had a history of moving violations, having been pulled over at least thrice for speeding; however, all those prior infractions were reduced.

Not surprisingly, since receiving word of the incident, Lyft has reportedly deactivated Cranford's account.