The future can’t come soon enough on a family drive. 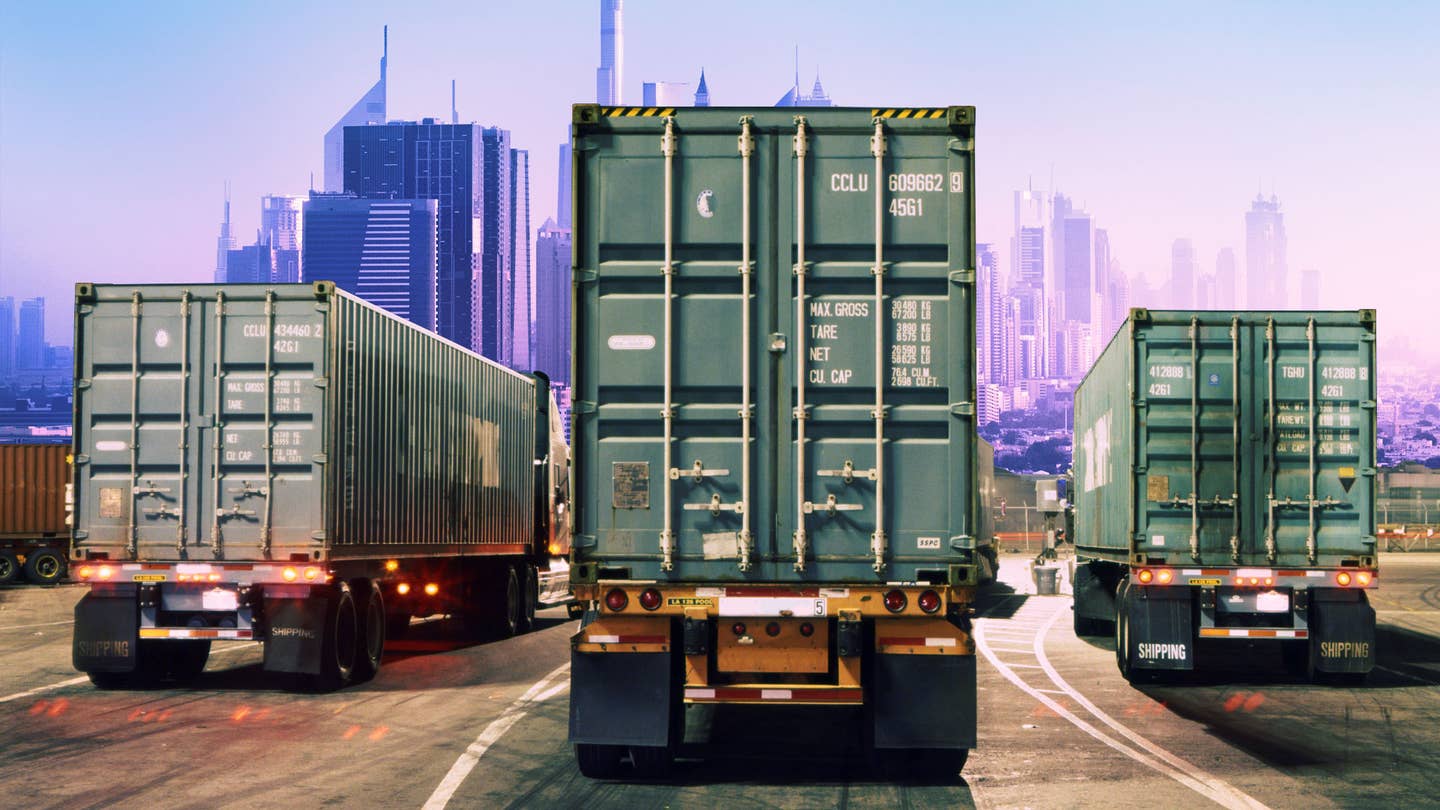 We were in the middle of the annual forced holiday march to my mother-in-law’s, driving somewhere deep in the godforsaken Arkansas pines, when I saw a vision of the future. I was already feeling uncharacteristically semi-optimistic about cars. This year, the dreaded trip took place in a Dodge Durango RT, a sporty variant of a vehicle I’d always dismissed as just another chintzy gas hog. But it was fast and fun and huge and full of red leather that made my teenager feel chill. Plus, FCA appears to have been doing some tinkering in its secret robot laboratories. The Durango, once you figure out which buttons to push, appears to be able to drive itself. On the highway, I didn’t have to use my right foot at all. It rested, a literal pseudopod.

I looked to my right and saw that I was passing a brand-new truck with a bright-orange cab. The driver sat in the cab placidly. Above him was a screen with Nathan Fillion’s face on it. I nudged my wife.

“Look,” I said. “That dude is watching Firefly.”

“He should be watching the road,” my wife said.

“Whatever,” my son said from the backseat, characteristically. “Firefly sucks.”

“That’s not important,” I said. “This is the first self-driving truck we’ve seen in the wild. This is the future.”

And he went back to listening to his children’s musical about the Founding Fathers. I thought, “a self-driving truck. Wow. Right here in America.”

They’ve been warning us for a while that self-driving trucks are coming. The military has been running fleet tests in the Upper Peninsula of Michigan. Last fall, Budweiser autonomously delivered a truck full of beer in Colorado. Elsewhere in the world, where hand-wringing about autonomy is less common, robot trucks have already begun to ascend to power. The Japanese truck maker Komatsu already has fleets of robot trucks working at remote mining sites in Australia and Chile, operated by engineers 750 miles away.

This is the future, and, if I may use the universal “we” here, we need to be ready. Lost in the year-end flurry of celebrity deaths and apocalyptic predictions was this important paper, “Artificial Intelligence, Automation, and The Economy,” from the White House, which dispassionately and accurately predicted a world without truck-driver, cab driver, and delivery-driver jobs. Trucking, which pays the best and most reliably of all driving-based industries, will be hit the hardest. The White House recommended that truckers be retrained in science, technology, engineering and math, which sounds about as likely as mandatory gender reassignment surgery, but it has to happen. Quoth the white paper:

“If the United States fails to improve at educating children and retraining adults with the skills needed in an increasingly AI-driven economy,” the report reads. “The country risks leaving millions of Americans behind and losing its position as the global economic leader.”

Hush, the neoliberal grownups are talking. Basically, this isn’t an option anymore. It’s not even an experiment. It’s a business mandate, and it’s happening way more quickly and more thoroughly than any of us thought possible. Where will all the full-time work appear for people losing their driving jobs via automation? Don’t ask me. I haven’t had a full-time job since Bill Clinton was President. But it’s clear that we’re going to have to find things for people to do.

At the same time, let’s not look at this as a potential economic disaster. There are lots of benefits to automation. It will lower business costs, which could go toward lining the pockets of corrupt bosses, but could also go toward increased capital and infrastructure investment. More importantly, there will be fewer crashes, fewer deaths by truck, fewer life-destroying injuries. Automation will save money, and it will save lives.

If I have a goal in what remains of my existence, it’s to make the world a more relaxing place for everyone. That goal rests on a simple tripod: Legalized marijuana, lots of yoga and meditation, and automated driving. On that highway in Arkansas, in a human-piloted Dodge Durango, I got a brief glimpse of the possibilities of that future. I wasn’t stoned and hadn’t done yoga that day. However, the car was cruising along, and my foot was nowhere near a brake. The guy in the truck in the lane next to me was consuming science fiction instead of actively piloting. But who needs to watch sci fi, I thought, when you can live it?

We cruised ahead of the truck. My wife looked behind us.

“He’s got a headlight out,” she said.

So it was either a brand-new automated wonder, or some dude was watching TV behind the wheel of a truck with a broken headlight.

In a you-versus-them scenario, there’s only one choice the self-driving car can make.