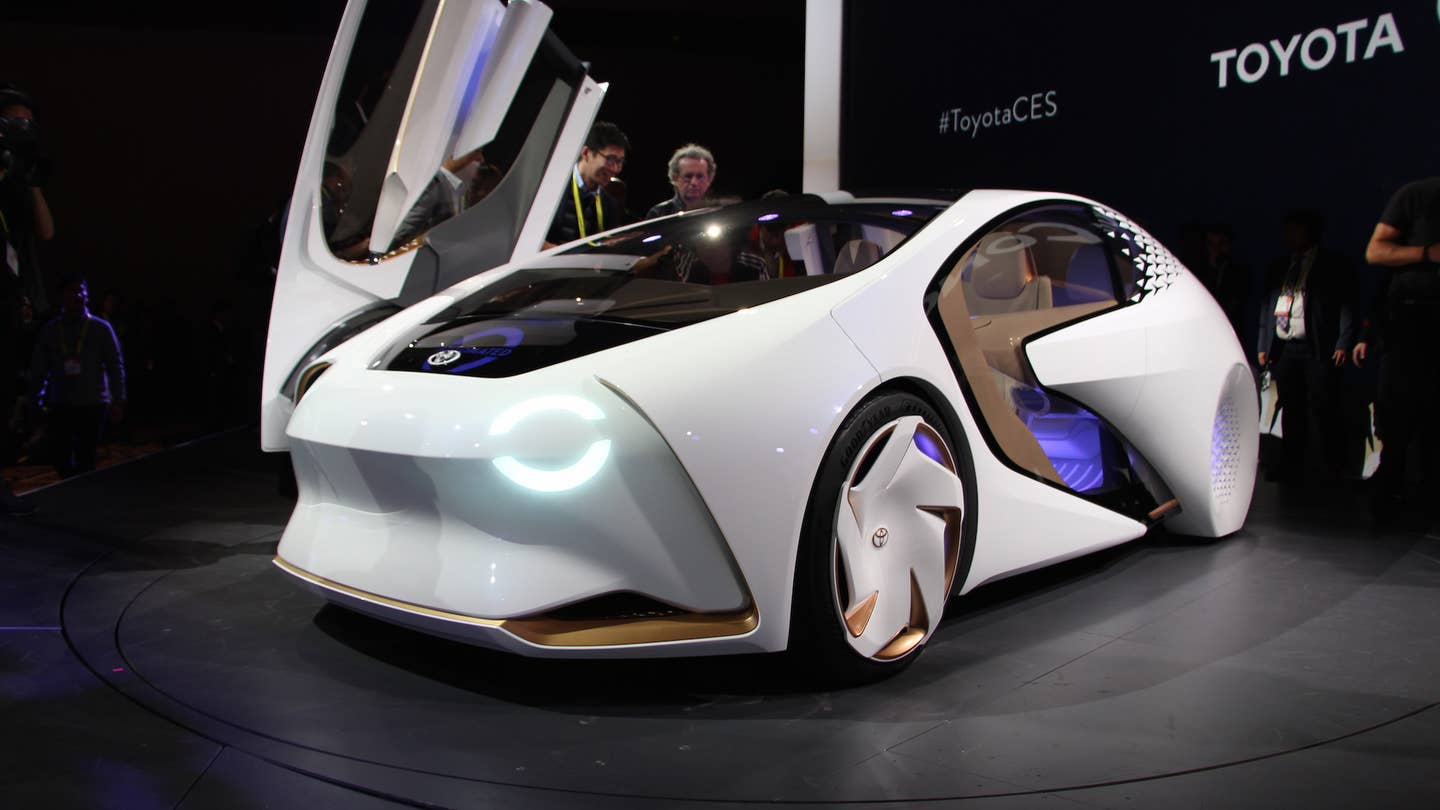 The Toyota Concept-i puts a friendly twist on autonomy. In a market that is vastly evolving with serious new technology for safety and precision, the manufacturer plans to combine that same strategy with an atificial intelligence named “Yui”. By doing this, they want to make their future cars a more personalized experience, catered to your everyday habits. Who woulda thunk it?

Concept-i goes beyond simply keeping the car on the straight and narrow. The technology will be put in place to compliment a driverless environment, making your car a personal assistant that observes your behaviors and tendencies. Yui will be able to take over during morning traffic while entertaining your kids so you don’t have to. It will greet passengers as they approach the door and even wink the headlights at them! Charming and effective.

You can still drive the car if you’d like to. Owners can toggle between automated and manual mode, switching to whatever their preference may be. Instead of replacing you completely from the driving experience, Toyota wants to integrate new tech that will make everything easier on you and your passengers. Yui will be personified as an interactive character who appears throughout the car’s display, presenting options and learning your habits.

This, of course, will come once driverless cars becomes a little more commonplace. Bugs are still being worked out, and in order to flow smoothly with Level 5 autonomy, there’s work to be done. It’s the next logical step in the process, making cars more robotic and ironically more human at the same time. It adds a certain element that’s missing from cars today, one that we haven’t had much of before. To many, that’s a welcomed change.

The Concept-i is a glimpse of what we can expect from Toyota as well as other manufacturers in the future. Their forward-thinking vision helps plan an environment that communicates with other cars, drivers, and roadways. After all, a virtual butler doesn’t sound so bad!