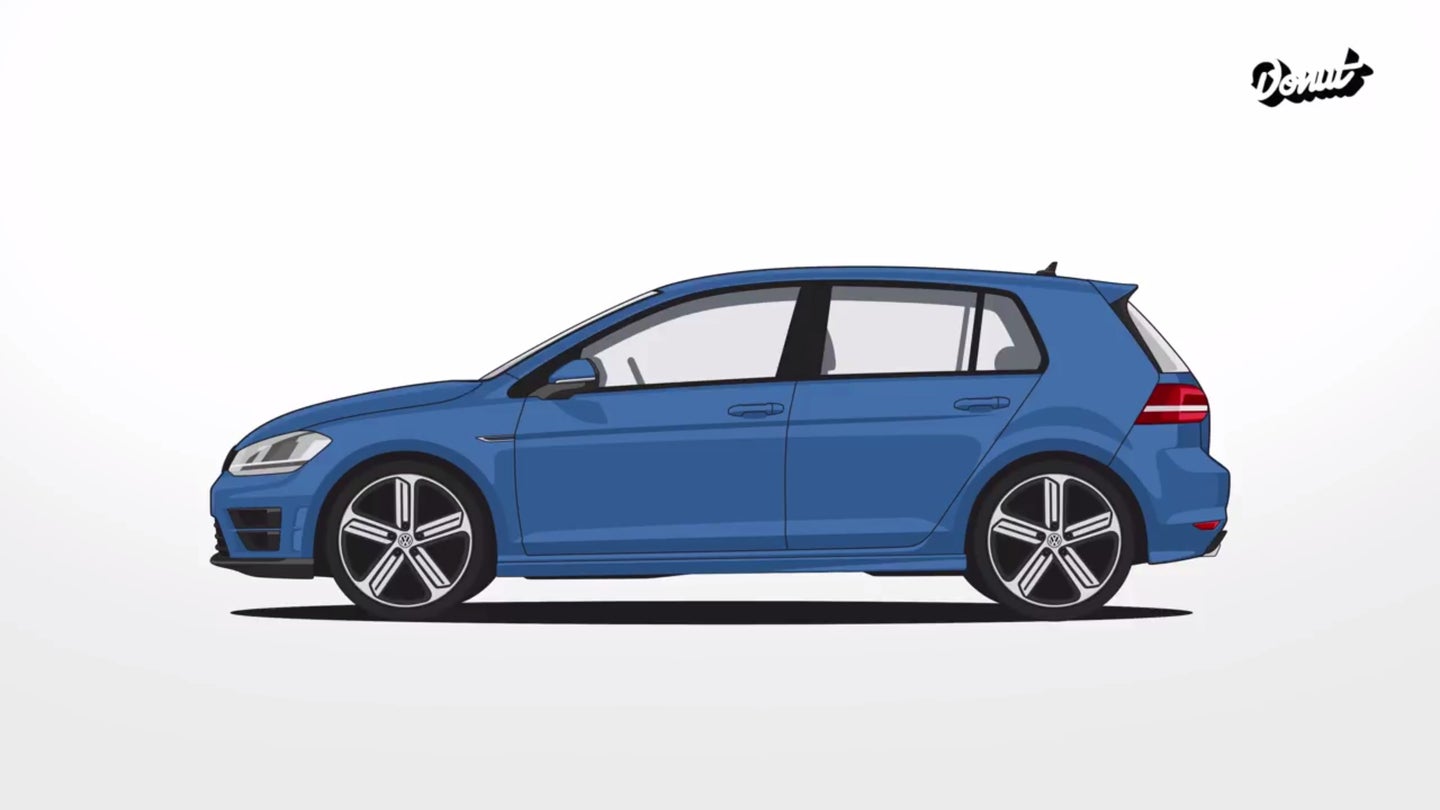 As with all of Donut Media's Evolution videos, this one starts at the beginning with the first Volkswagen Golf, the Volkswagen Golf GTI Mk1 in 1974. The first Golf GTI paved the way for what the term "hot hatch" means today. It was replaced with the Mk2 Golf GTI which added a larger body shell as well as power steering.

In the video, you are taken through the different generations of Golf, from the Mk1 to the Mk7. To highlight a few big items, the Mk3 was the first Golf with a Vr6 engine and the Mk4 was when GTI was watered down to a trim level. In the Mk7 generation of Golf resides the most powerful production Golf ever made - the Volkswagen Golf R. The Golf R featured a 2.0-liter turbocharged inline-four engine producing 292 horsepower. This power allowed the Golf R to reach zero to 60 in 5.2 seconds and racing the quarter mile in 13.7 seconds at 103 miles per hour.

For a detailed look at every generation of Volkswagen Golf check out Donut Media's Golf Evolution video below.