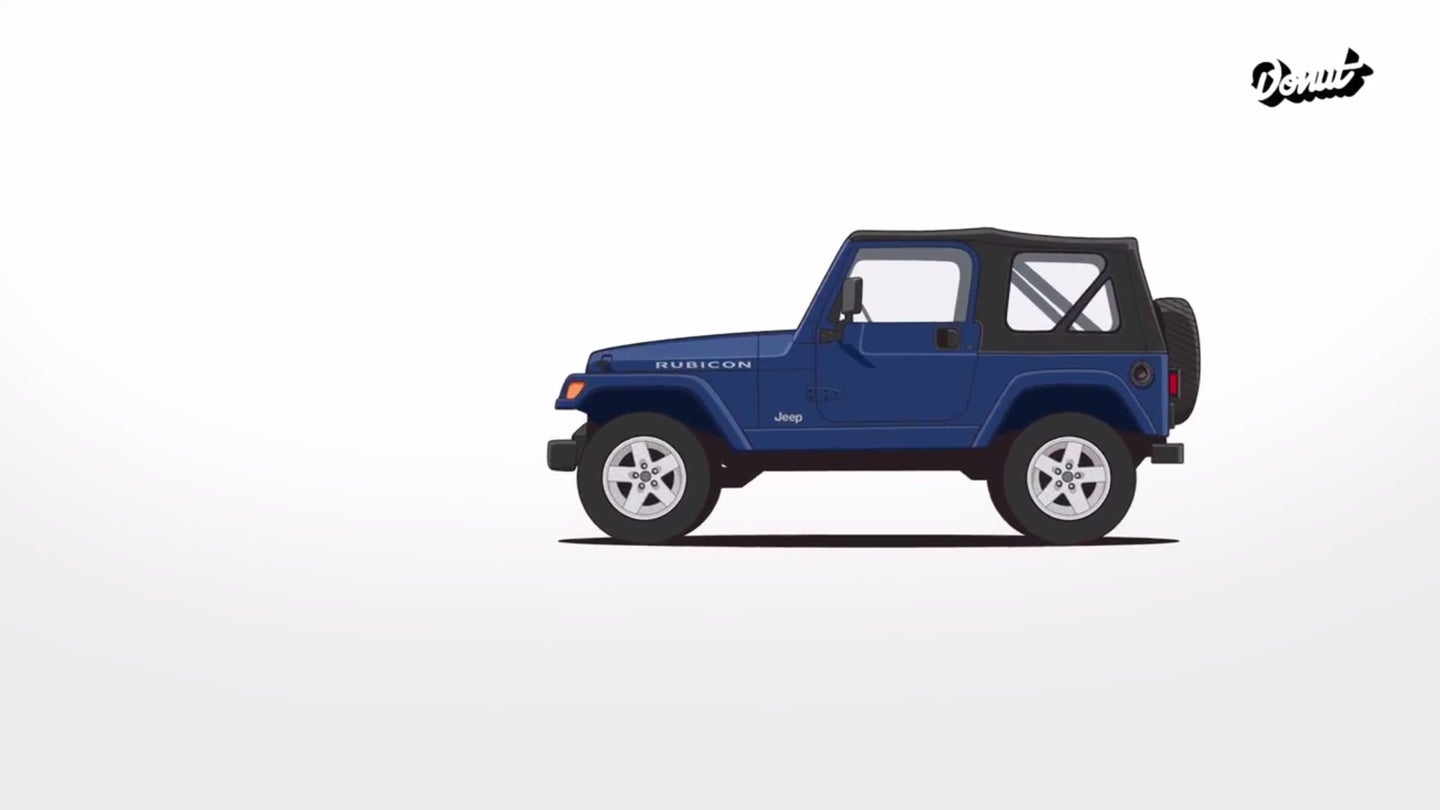 Donut Media's Evolution video series shows you how enthusiasts' favorite car models morph from model year to model year over time showcasing important enhancements and facts through each model year. Last week it covered the Ford Mustang, the week before that was the Honda Civic. This week Donut featured the Jeep 4x4.

The video starts with the Jeep's purpose-built origins, the military. The United States Army contacted a number of companies for a prototype off-road vehicle to be used in World War II which it was about to join. One of the companies, American Bantam Car Company, created the 1940 Bantam Reconnaissance Car (BRC) and the beginnings of the Jeep were born.

Bantam may have won the race to create a prototype for the Army, but it did not have a realistic production capacity to deliver the needed quantity of Jeeps for the United States Army. Ford and Willys joined the race and Willys created the 1941 Willys MB. One particular Willys MB, nicknamed Old Faithful, even earned a Purple Heart. Through the years multiple Willys were built including the CJ2A which was the first post-war civilian Jeep and the first Jeep with a seven slot grill. It was at this time that Willys trademarked the term "Jeep."

The Jeep CJ5 was produced for three decades and was the building blocks to Jeep's next iconic model, the Wrangler. The first Jeep Wrangler was built in 1987. In 2003, Jeep released the Jeep Wrangler Rubicon which was named after the famous Rubicon Trail in the Sierra Nevada mountain range. Eventually, in 2011, Jeep offered the Wrangler in a four-door model.

The video ends with the future of the Jeep. In 2018 Jeep is rumored to be releasing the Jeep Scrambler. The Scrambler is a Jeep bodied pickup truck which will also be released with a diesel engine.

Check out Donut Media's Jeep 4x4 Evolution video below for more of the details.