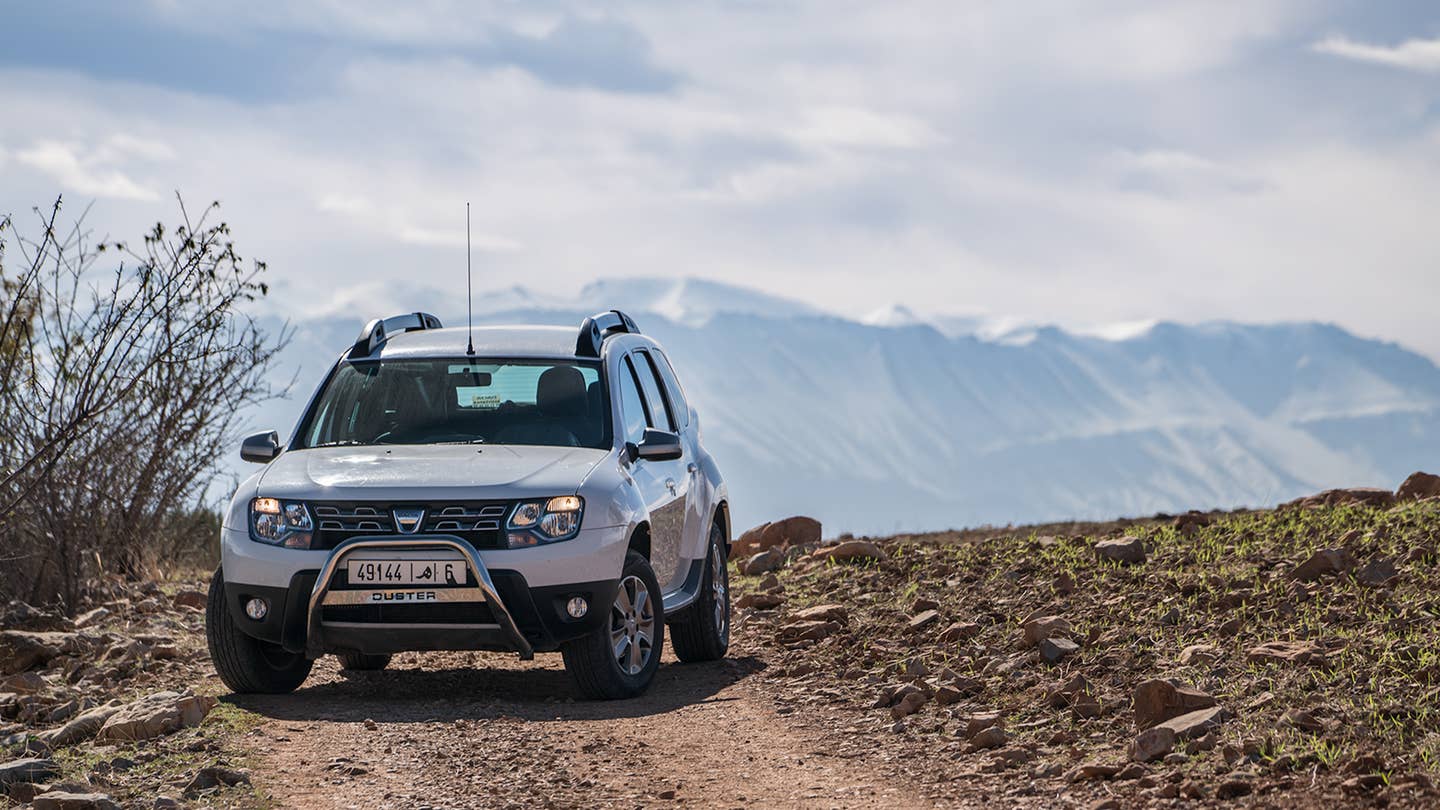 At some point in the last century Americans forgot that you can drive damned near any car off-road. It was probably around the time Ferrari-engined Lancia rally cars took a world rally championship. Seeing a car that clearly belonged on Miami Vice get so violently exploited, we collectively sputtered and coughed and looked around desperately for Ivan “The Ironman” Stewart to show us the way. And ever since the way off-road has been skyjacked Jeeps and Ford Raptors and Land Rovers with locking differentials. Don’t get me wrong, hardcore off-road capability is fantastic. But for almost every one of us? It’s too much.

My parents have a 4x4. Besides that, they’re good and sensible people. Environmentalists. A notable weekend consists of a tag-team fight against a rose bush. They have long commutes, retirement plans and goldendoodles. And after all the buttoned-down American gentility, they justify their big, capable 4x4 with two or three annual visits to a cabin in Montana. You know, in case the long driveway is muddy or snowy or more dirty than usual when they get there—after the 1000-mile drive up the interstate.

To me, justifying that gas-guzzling 4x4 is damned near the craziest thing they’ve ever done.

One of my favorite rides this year was the reasonably-priced 40-something-thousand dollar Jeep Grand Cherokee Trailhawk. Another was the monstrous and unreasonably priced quarter-of-a-million-dollar Mercedes-Benz G500 4x4 Squared. But the vehicle that really caught my attention with it’s off-road prowess? A humble dinged and dented Dacia Duster, chartered at random from a north African rental fleet with 75,000 km on the clock.

On a recent trip through Morocco’s Atlas Mountains, the Dacia spent its days getting flung with abandon down roads that most Americans simply wouldn’t consider roads. It carted my wife and I over high passes, through ancient ruins, down goat trails and through rivers. It did all the things the long line of Wrangler Rubicons and G-Wagens in my Los Angeles neighborhood only wish were doing. And, with a tiny and clattering 1.5-liter turbodiesel, it did something they can’t too, which was get us around a great swath of Morocco on just one tank of fuel.

You’ve probably never heard of the Dacia Duster. They’re made all over the world for Renault’s Romanian subsidiary using a Dacia-developed Nissan/Renault BO chassis—similar underpinnings to the Nissan Juke, or Cube. It has seats, a rudimentary stereo, a flaccid six-speed manual and plenty of room for people and luggage and dogs and life. My rental even had air conditioning. Really, it’s just a cheap car with optional and selectable four-wheel-drive, and plenty of ground clearance. More to the point, it’s enough to stand up to 75,000 km of African roads that most of us would only point a Raptor at. In France the most you can possibly spend on a new Duster is about $19,000.

My point is this: We’re spending too much on capability we simply don’t use. Too much ground clearance. Too much truck bed. Too many portal axles and too many inches of suspension. Subaru has found a fantastic niche building fairly simple, somewhat ordinary and wonderfully capable sedans and wagons. Compared with a ladder-framed off-roader, they get great milage. And they’re comfortable. And quiet. And let’s be honest, how much time do you spend in low-range, or using your intake snorkel while fording a river. Next time you’re buying an outrageously capable off-roader, ask yourself what you’re buying, really. And for whom.

Because we’re American, damnit. We should be content to venture forth with what we’ve got, and we should be eager too. Look at the guys doing the Gambler 500 and tell me they need more capable vehicles. Or, for greater shame, look at the college kids doing the Moroccan 4L Trophy in old Renault’s.

In the effort to live a little sweeter by spending a little less on your off-roader, you might even consider skipping all-wheel-drive entirely. Being limited to two driven wheels didn’t stop my fun one bit this year at the Baja 500, or at Team O’Neil’s Rally School. And, come to think of it, it didn’t stop Lancia from winning three consecutive rally championships with their Stratos either.