It’s how VW plans to keep the internal-combustion engine alive. 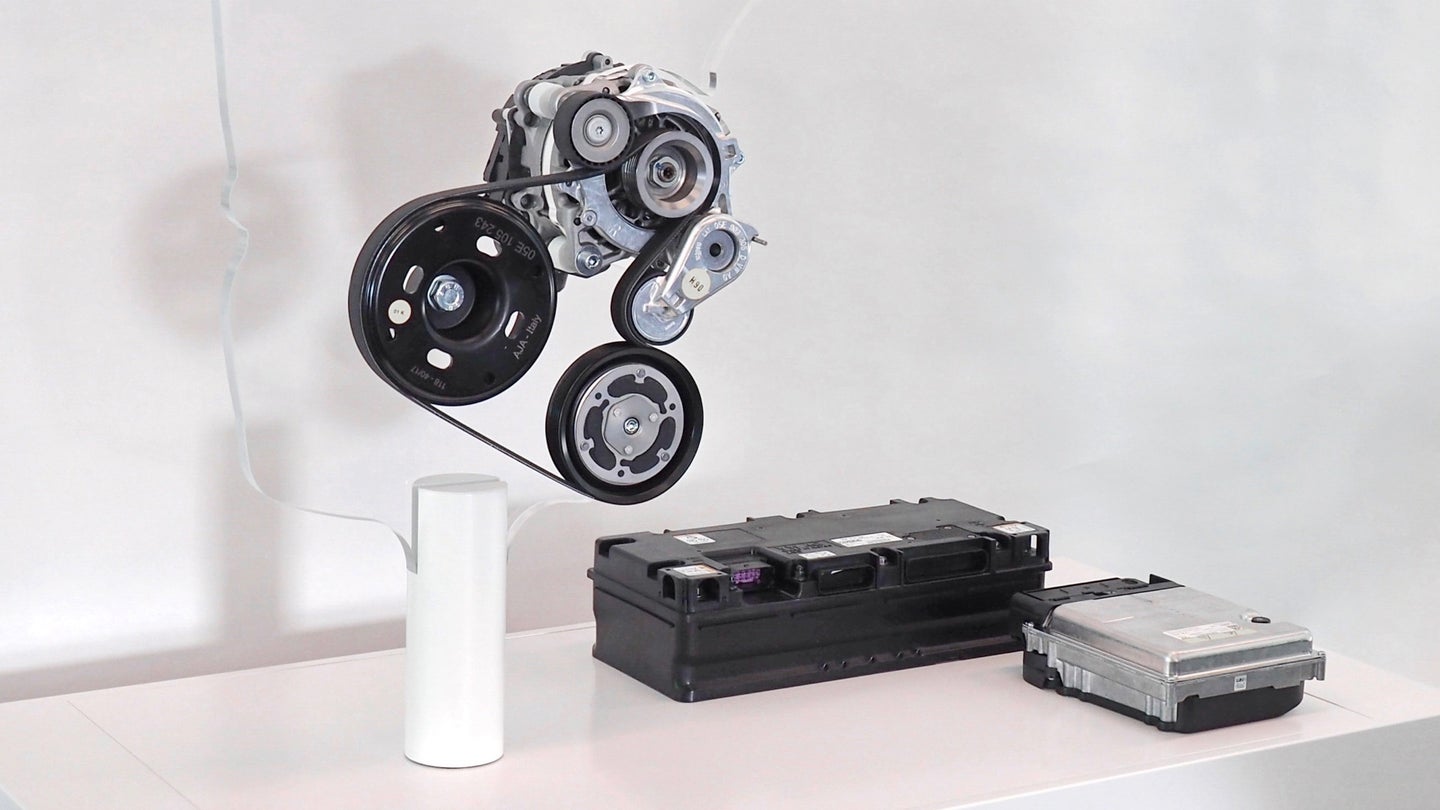 The next-generation Volkswagen Golf will get a 48-volt mild-hybrid system. Adding the system to its global bestseller will go a long way toward meeting VW's ambitious electrification goals, even if a mild hybrid is just that: mild.

Unlike, say, a Toyota Prius, a mild hybrid typically can't propel a car on electric power alone. Instead, mild-hybrid systems provide a small amount of electric assist, enable more aggressive engine start-stop systems, and help lessen the engine's workload by powering electrical accessories. Because they are less costly than traditional hybrid systems, and don't dramatically change the driving experience, mild-hybrid systems are a major element of most automaker's electrification strategies.

The Volkswagen system is based around a belt-integrated starter-generator, which does the work of a conventional starter motor and alternator. A small lithium-ion battery pack stores electricity, which is harvested from regenerative braking. The system will allow the next-gen Golf to "coast" with the internal-combustion engine off, and the starter-generator will provide a small power boost on startup, according to VW.

The mild-hybrid setup adds a 48-volt electrical system alongside the 12-volt system already used in more modern cars. The 48-volt system can transmit more electricity, making the mild-hybrid system more effective. It also lays the groundwork for power-consuming components like the sensors and computers needed to enable advanced driver aids, or fully-autonomous driving.

Mildy hybridization is how Volkswagen plans to keep internal combustion alive for the foreseeable future. In a press release announcing the mild-hybrid system, Volkswagen board member Frank Welsch said the automaker's lineup will split into two branches. One will be conventional cars led by the Golf, the other will be a line of all-electric cars, including production versions of the various I.D. concept cars.

Volkswagen plans to offer electrified versions of every model not only in the main VW brand, but in every brand across its sprawling automotive empire by 2030. While that plan does include many all-electric and plug-in hybrid models, the challenge of electrifying brands like Lamborghini and Bugatti means VW will likely lean heavily on on more innocuous mild-hybrid powertrains. So VW's first mild-hybrid system could be the start of something big.

The I.D. R will tackle the electric course record at the 2018 Pikes Peak International Hill Climb.

Volkswagen Plans to Update Its Logo to Something ‘More Colorful’

This would mark the 10th logo change since Volkswagen was founded.

Volkswagen Replaces the CEO Who Saved the Company

The company is restructuring to plan for a future in electromobility.