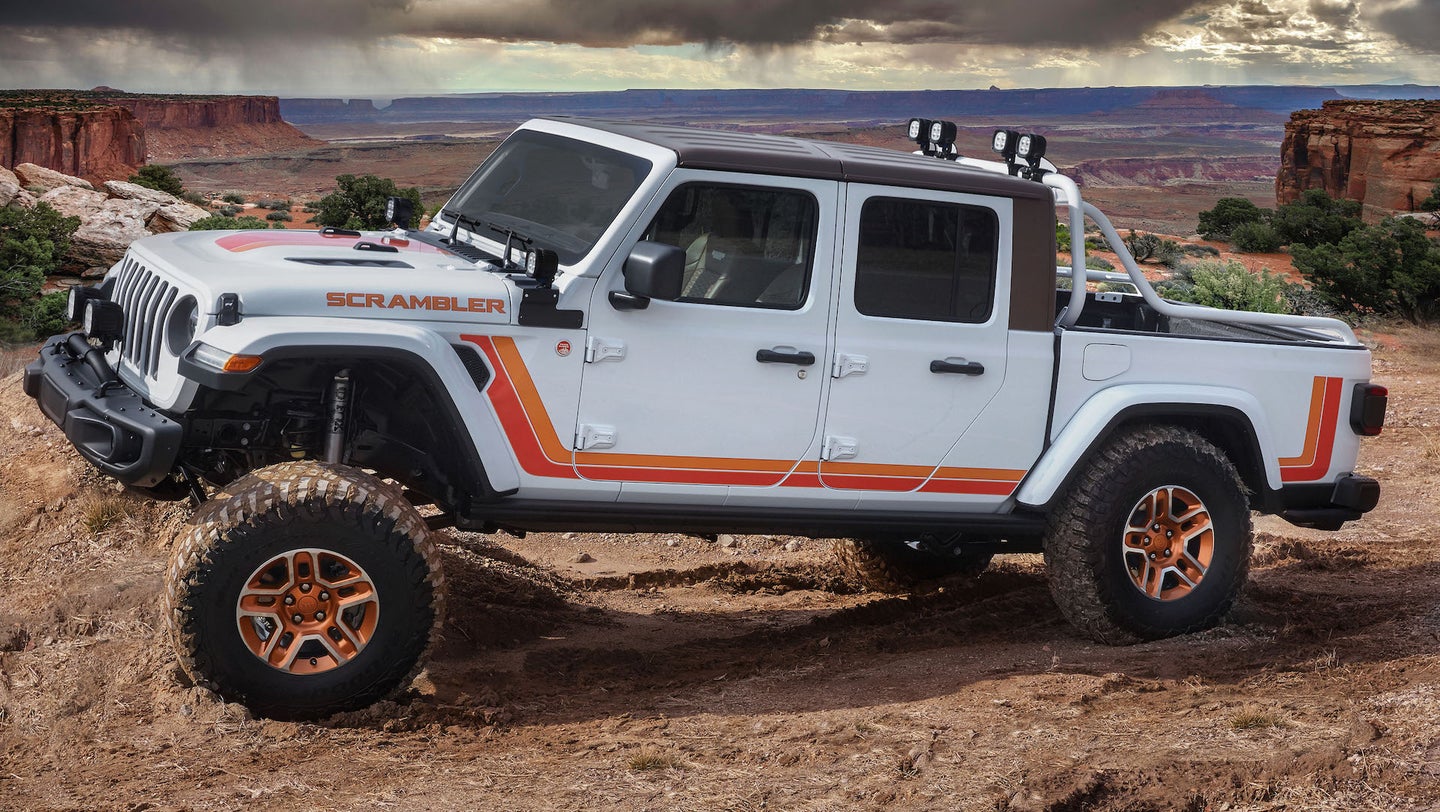 Jeep went all-in on the Gladiator pickup truck platform when developing its concepts for the 2019 Easter Jeep Safari in Moab, Utah. Among the overlanding adventure-mobiles and trick throwbacks unveiled as part of the event, two ideas stood out to the off-road faithful: a two-door Gladiator and a Hemi V8-powered pickup from the historic automaker.

While Jeep North America boss Tim Kuniskis has already downplayed the possibility of a single-cab production model, the executive did have some interesting news regarding those who hope for the latter—a V8 does, in fact, fit under the hood of Jeep's most anticipated model in years.

In an interview with Drive, an Australian outlet, Kuniskis reportedly revealed that a bigger, more powerful engine could fit in place of the Gladiator's current 3.6-liter V-6.

"Everybody always asks me that question: it fits. You know that. It fits like a glove," he explained. "But the problem is that it fits like a glove and there is no air space around the engine and the whole external space of the vehicle so you have no crush space; you have nothing that can be used to absorb energy in a crash."

Safety, of course, must stand as a priority over curb appeal, something which Jeep learned when the 2018 Wrangler achieved just a one-star rating in Europe's NCAP crash test last year.

Kuniskis went on to add that, along with achieving fuel economy and emissions standards, it would be a mighty task to rework the Gladiator for a V8 while delivering something Jeep would be comfortable selling to the public.

"It is not a problem to put it in—other than emissions and fuel economy—except it would never pass any crash tests, and that’s a problem," Kuniskis concluded.

Our favorite might be the Wagoneer replica, complete with fake wood paneling and a roof rack.