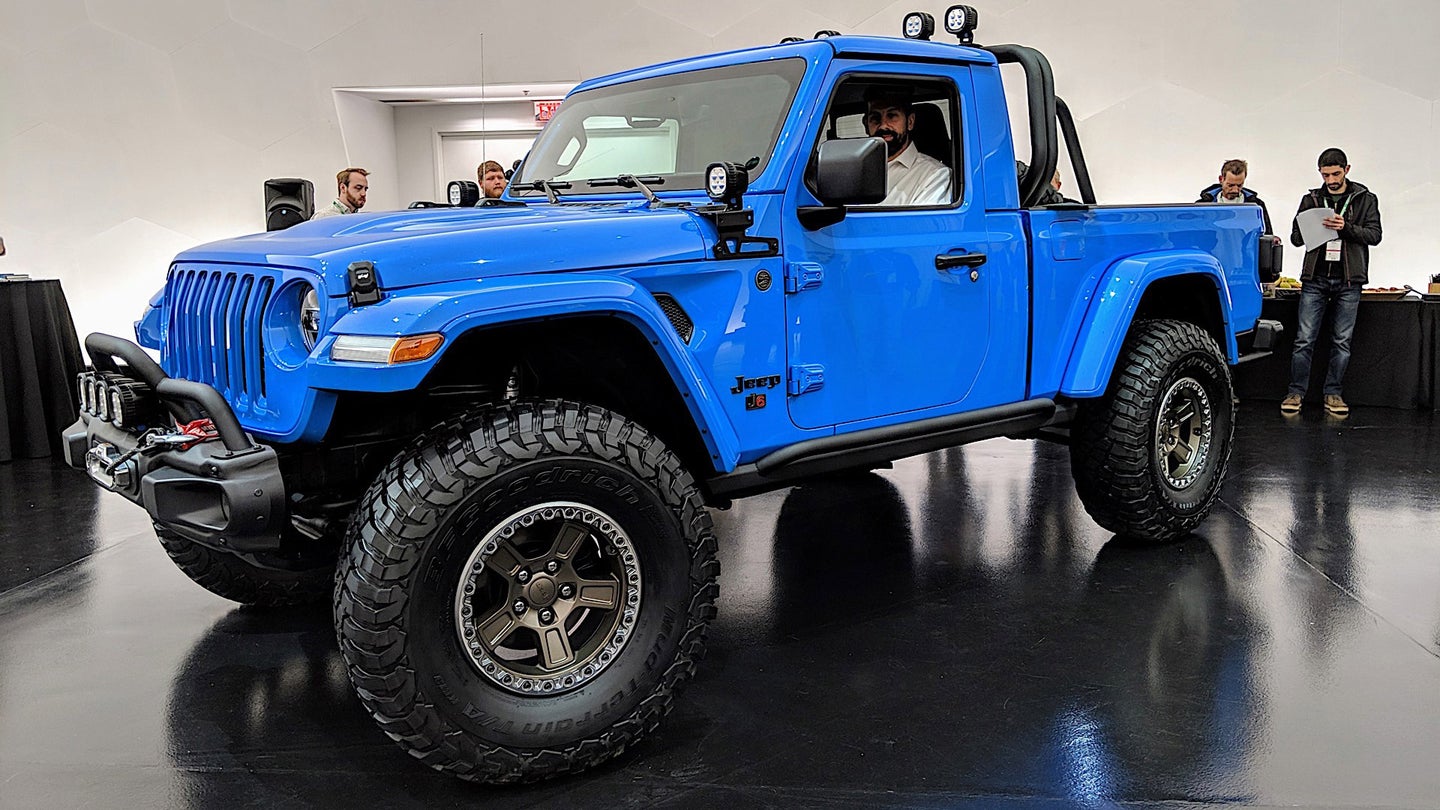 No, despite the fact that Jeep recently went out of its way to build an awesome, two-door J6 Jeep Gladiator concept ahead of the 2019 Easter Jeep Safari, FCA claims that it won't build a two-door Gladiator any time soon, no matter how much we cry.

The J6 is a regular cab Gladiator with a six-foot bed instead of the five-footer that comes on the regular Gladiator. For many of us, it clears up the proportions of the vehicle and is far more appealing than a normal four-door. Despite the Five-Quarter concept that Jeep showed The Drive last week, most of the attention was centered around this bright blue beauty.

Officially, the J6 runs on a "special prototype chassis," which is marketing-speak for "it was a pain in the butt to put together." Much like the Gladiator isn't a four-door Wrangler with a bed, the J6's chassis just isn't a chopped up Gladiator. It was a fun project for them to put together, but Jeep claims it's not something that can enter production right away, referring to previous claims that there isn't a big enough market to support a regular cab Gladiator.

Many Jeep employees shared with us their excitement regarding this concept, making it clear that hardcore Jeep enthusiasts are alive and well at FCA. Of course, the ones responsible for spearheading these Easter Jeep Safari Concepts would love to see this enter production, and we bet many of you would love to see it go on sale, too.

But the fact of the matter is the majority of Wrangler sales are four-door models, nowadays, and the majority of midsize pickup truck sales are either extended or crew cab models. The number of people who would actually buy a regular cab midsize truck that looks like a Wrangler pickup is small. Yes, it's a number. Yes, it's probably a big number. But at this time the number isn't large enough for the company to warrant putting it into production at a volume that makes it profitable.

Small tuners might make it happen, as they can modify the trucks without the same costs that come with Jeep as a whole to do it, but if you want to see this enter mass production, tell your dealers. Let Jeep know this is what you want. Maybe it'll happen in the future?