Haul a load with the wind in your hair in what could be the industry’s only convertible pickup truck. 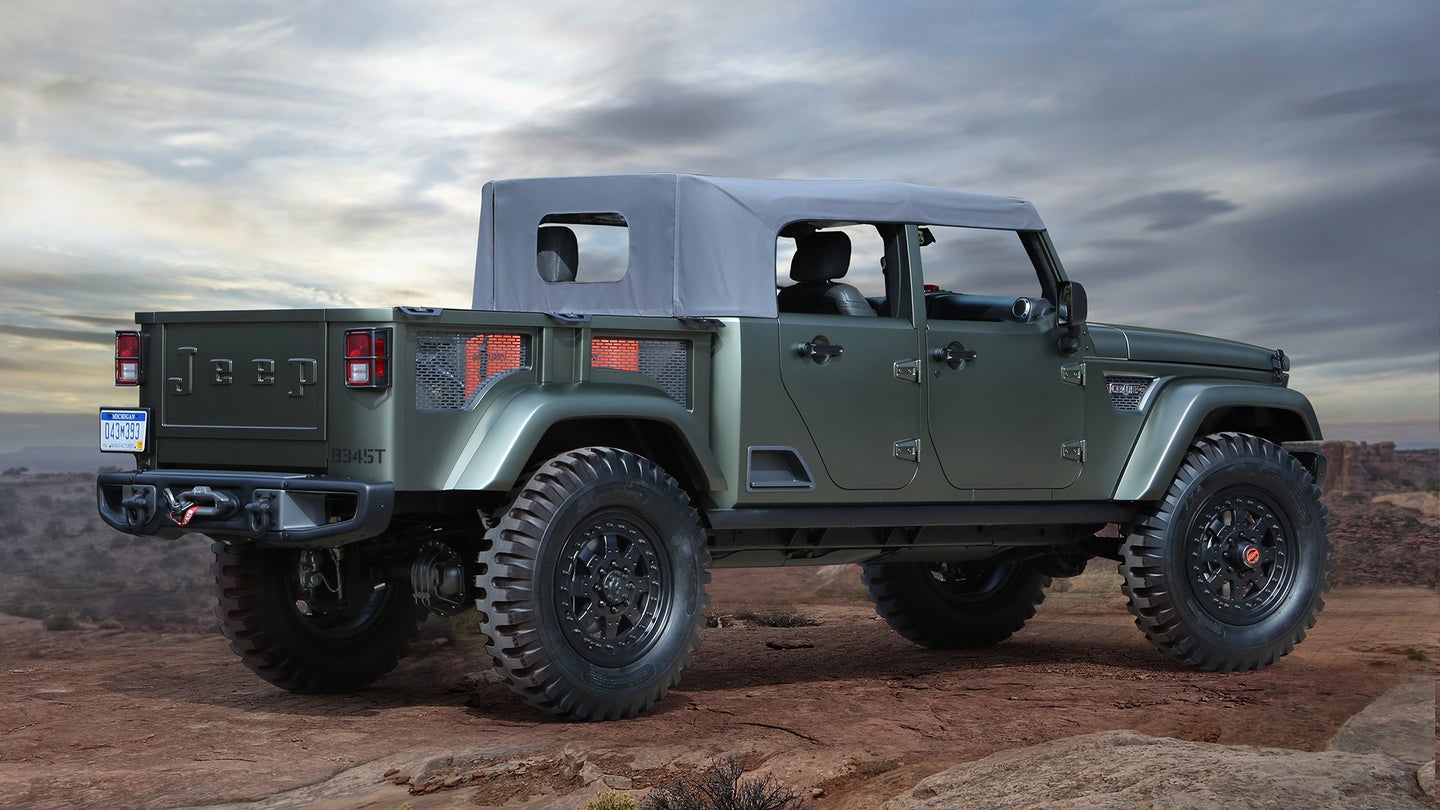 Just two days from now, the automotive world will get its first glimpse at the all-new 2018 Jeep Wrangler in the metal at the Los Angeles Auto Show. But it's no secret that the next generation of the iconic off-roader will be accompanied by a more functional variant: The first-ever factory Jeep Wrangler pickup. Now a new report seems to confirm the bedded Wrangler will offer a rare option that Jeep fans have been begging for.

Over the weekend, an industry source with "direct knowledge" of design plans told Automotive News that the Jeep Wrangler pickup will feature a soft canvas top that can either be folded down or removed entirely, making it an industry-exclusive "true convertible" pickup truck. It will be the first convertible pickup on sale in the United States since the awkward Chevrolet SSR bowed out of the market in 2006.

We previously reported on a leak of several screenshots of Fiat-Chrysler's dealer network suggesting the option would be available, but the Automotive News report is the strongest confirmation yet that the Jeep Wrangler pickup will be able to drop its top. There's no word on if the pickup will also sport removable doors like the regular Wrangler, but it would make sense given the cab's shared construction.

The source also added that the truck—which will likely be called the Scrambler, a reference to the famous Jeep CJ-8 pickup trim and its removable hard top—is still on track to begin production using the current JK Wrangler assembly lines in November 2018.

Jeep has previewed several versions of an updated Scrambler at their annual Easter Jeep Safari in Moab, Utah, where the automaker regularly trots out working concept trucks to showcase upcoming design trends. Last year's event featured a four-door, soft-top, Wrangler-based pickup called the Jeep Crew Chief 715 (pictured up top), and at the time we wondered if Jeep would have the fortitude to actually build the thing. It's beginning to sound like we had nothing to worry about.